Nesscap Energy Inc. (NCE-X), which makes ultracapacitor products, reported revenue of $4.5-million for the second quarter ended June 30 compared to $5.7-million in the same period last year. "The decrease is primarily due to significant devaluation of the euro and lower demand from customers in the industrial sector," the company said. Net loss for the quarter was $1.5-million or $0.005 per share, representing a slight decrease in net loss due to decreases in foreign currency losses and finance costs. Net loss for the same period last year was $1.5-million or $0.007 per share.

Vancouver-based Lara Exploration Ltd. (LRA-X) said it has signed a Letter of Intent with Kiwanda Group LLC and Dr. Carlos Caceres Giron to secure and develop phosphate rock projects in Colombia. "Applications have already been filed for approximately 16,000 hectares of exploration licenses in the Boyaca District, where previous work by Lara and Caceres outlined extensive phosphate-rich sediments," the company said.

Under the terms of the Agreement, Dr. Caceres has formed a Colombian company, Fosfatos de Iza S.A.S. that will be the holder of the mineral rights and manage in-country activities. Lara and Dr. Caceres will work together to select and acquire projects, build a team of technical, legal, financial and community relations personnel that will be responsible for the review, acquisition and exploration of suitable phosphate prospects and projects. Kiwanda will provide funding to resume exploration work in the coming months and subsequently acquire 100 per cent of the shares of Iza by issuing the equivalent of $450,000 (U.S.) in shares over two years to Dr. Caceres and by granting a 2 per cent net production royalty to Lara on all production from the areas.

Continuing low crude oil prices experienced during the first half of 2015 had a major negative impact on the Company's overall 2015 performance," the company said.

"Our main goal for the remainder of this year is to prepare for our patent lawsuit trial against Citrix, scheduled to commence Jan. 8, 2016," said Andrew Cheung, president and CEO for 01 Communique. "Our results reflect our emphasis on this aspect of our business. With respect to the case, on May 18, 2015 we received the inter partes re-examination certificate from the USPTO bringing that part to a successful conclusion and on June 12, 2015 we received the Court's claim construction ruling adopting our construction for the four disputed claim terms. We look forward to our day in court," the company said.

Toronto-based Bird Construction Inc. (BDT-T) said that, as part of the Joint Use Mutual Partnership consortium, it has signed two contracts with the Province of Saskatchewan to design, build, finance and maintain a cumulative of 18 pre-kindergarten to Grade 8 schools on nine joint-use sites in the province. The company said it has the majority interest in, and is the managing partner of the construction joint venture that will design and build the project. It will also take a minority equity interest in the concession responsible for the design, construction, financing and maintenance of the project through its subsidiary Bird Capital. The schools are located in Regina, Saskatoon, Martensville and Warman, Saskatchewan. The project includes construction on each site of one public and one catholic school as well as central core space consisting of gymnasia, multi-purpose space, community resource centre and a child care centre to form a single cohesive joint use educational facility. The company also said it is part of the Boreal Health Partnership consortium selected as the preferred proponent to design, build, finance and maintain the Stanton Territorial Hospital Project located in Yellowknife, Northwest Territories.

Performance Sports Group Ltd. (PSG-T), a developer and manufacturer of high performance sports equipment and apparel, reported revenues of $675.2-million for the fiscal year ended May 31, up 51 per cent from the year earlier. Adjusted net income was up 65 per cent to $61.4-million or $1.32 per share from $37.3-million or $1 per share.

Urbana Corp. (URB.A-T;URB-T) said it plans to buy back up to 10 per cent of its sharese outstanding, about 4.4 million of its Class A non-voting shares.

Scorpio Gold Corp. (SGN-X) reported revenues of $12-million for the second quarter ended June 30, up from $10.6-million a year ago. The net earnings for the quarter were $1.7-million, or one cent per share, compared to a year-ago profit of $608,000, or nil cents per share.

"The company continued its consistent performance with another strong quarter at Mineral Ridge, and is well on track to meet its 2015 production forecast of 40,000 to 45,000 ounces of gold produced at a cash cost of $800 to $850 (U.S.) per ounce of gold sold," said Peter Hawley, the company's president  and CEO. 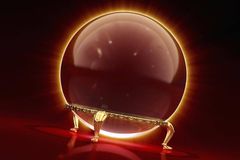 The Man Who Shorted Canada on why his view hasn’t changed
Subscriber content
August 26, 2015 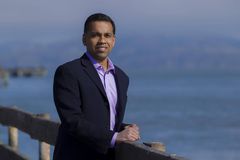 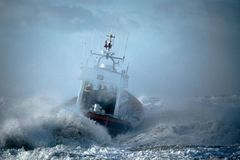 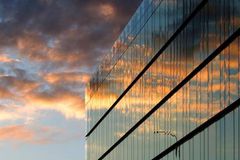