Guardian Capital Group Ltd (GCG-T) reported revenue of $39.1-million in the fourth quarter which beat expectations of $37.2-million and compared to $38.2-million a year ago.  Net earnings available to shareholders were $31.3-million or $1.07 per share versus $19.4-million or 65 cents a year ago.

Tahoe Resources Inc. (THO-T; TAHO-N) reported revenue of $117.7-million for the fourth quarter compared to $189.4-million a year earlier. Its loss was $18-million or 6 cents per share versus a profit of $300,000 or nil per share the year before. Analysts were expecting a loss of 4 cents and revenue of $129.9-million.

"The increase in oil and gas sales is primarily attributable to a 21-per-cent increase in average sales price received in the fourth quarter," the company stated. Analysts were expecting revenue of $34.5-million and earnings of a penny per share.

Pivot Pharmaceuticals Inc. (PVOT-CN) says it plans to buy Agro-Biotech Inc., a licensed cannabis producer in Quebec. Agro-Biotech will continue to operate on a standalone basis, the company said.

The proposed deal is valued at about $100-million in cash and shares. Pivot will also invest $15-million in the development of Agro-Biotech's business.

Pivot said it expects to have to complete a financing to satisfy its financial obligations related to the proposed deal.

Funds from operations were 40 cents per unit, compared to expectations of 41 cents and compared to 59 cents a year earlier.

Altus Group Limited (AIF-T) said consolidated revenue came in at $122.7-million in the fourth quarter, up 6 per cent from a year earlier. Analysts were expecting revenue of 124.7-million.

The executives said in the letter that they, "can no longer work with Penny, and Glance Technologies was not functioning properly with Penny in a management role."

The letter discusses how Ms. Green requisitioned a meeting to change the board of directors and "give her control of Glance Technologies," including removing all three of Glance independent directors and replacing them with three of her nominees.

The executives also stated that Ms. Green was the sister in law of the CEO and sister to the CTO.

Analysts were expecting revenue of US$351.5-million and earnings or 26 cents.

A&W Revenue Royalties Income Fund (AW.UN-T) says A&W of Canada Inc. the parent company of A&W Food Services of Canada, has completed a reorganization "to provide liquidity for, and accommodate the individual estate planning purposes of, some of its long-standing shareholders."

As part of the reorganization, several shareholders of A&W Canada have collectively sold a "significant minority, indirect ownership interest" in Food Services to funds managed by TorQuest Partners, the company stated.

Ezra Levant’s Rebel fund with a cause: What could go wrong? Subscriber content
February 22, 2018 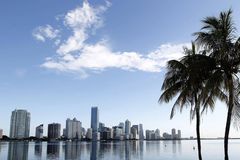