It hasn't been a great year for health-care stocks.

In Toronto, the S&P/TSX health-care index is off more than 33 per cent year to date (to Sept. 2), mainly due to the miserable performances of Valeant Pharmaceuticals, which has lost more than 70 per cent of its value since Jan. 1, and Concordia International, which is down about 80 per cent.

The sector has fared better in the United States because of its broader diversification. However, on the surface at least, no one is getting rich. The S&P health-care index is up only 0.5 per cent year to date while the Nasdaq health-care index is down 12.2 per cent. The iShares U.S. Healthcare ETF, which tracks the performance of American stocks across the entire sector, was down 2.25 per cent for the year as of the end of July.

However, this is one case in which the indexes and the ETFs don't tell the whole story. In fact, there are several U.S. health-care stocks that are doing very well. For this year at least, investors have done a lot better by selecting individual companies than by investing in a broadly based ETF.

Here are two health care winners from different segments of the industry, which I have recommended in my newsletters.

Background: Stryker Corp. is one of the world's leading medical technology companies, selling its products and services in more than 100 countries. An inventive Michigan doctor founded the company in 1941 to sell the products he created. The company went public in 1979. It now employs more than 25,000 people and owns 5,200 patents. It is a member of the Fortune 500.

Stock performance: I first recommended this stock in my Internet Wealth Builder newsletter a little over two years ago when it was trading at $80.44 (U.S.). Except for a brief dip early this year, it has gradually moved higher, reaching a record high of $123.55 in mid-July. The shares have since slipped back to the current level of around $116 but are ahead about 22 per cent for the year.

Recent developments: Stryker reported solid second-quarter results (to June 30), with sales increasing 16.8 per cent to $2.8-billion. Excluding the impact of acquisitions, organic net sales were ahead by 6.6 per cent. The company reported sales increases from all its operating divisions: Orthopaedics, MedSurg and Neurotechnology and Spine.

Adjusted net earnings, which strip out the effects of one-time items, were $525-million ($1.39 a share, fully diluted), up 15.8 per cent from the prior year.

Acquisitions: This is a company that has grown both organically and by acquisitions over the years.

The latest purchase was Stanmore Implants Worldwide Ltd. of Britain in a deal worth £35.6-million ($47.8-million U.S.).

"This addition underscores Stryker's commitment to our core joint replacement business and expands our presence in the global orthopedic oncology market," David Floyd, group president at Stryker Orthopaedics, said in a news release when the deal was announced in April.

Earlier, Stryker announced the closing of a deal to acquire Physio-Control International Inc. for $1.28-billion. The company develops, manufactures and markets monitors/defibrillators, automated external defibrillators and CPR-assist devices along with data management and support services.

Dividend: The shares pay a quarterly dividend of 38 cents ($1.52 a year) to yield 1.3 per cent. The company has raised its dividend every year since 2009.

Background: UnitedHealth Group is one of the largest health-care insurers in the U.S. It also provides information and technology-enabled health services through its Optum division.

Stock performance: After a slump in January that took the shares as low as $107.51, the stock started an upward trend that lasted until late July, reaching a high of $144.48. It has since pulled back to around $135, but despite the recent retreat, the shares are ahead 16.7 per cent year to date.

Recent developments: Earlier this year, UnitedHealth announced that in 2017 it would withdraw from most of the state Obamacare exchanges, where Americans register for health coverage. At the time, it said participation in the program would cost $650-million this year. Investors responded positively to the decision, driving up the share price.

The company added more positive momentum with a strong second-quarter report. Revenue came in at $46.5-billion, a 28-per-cent year-over-year increase. Cash flow from operations was up 45 per cent to $1.7-billion.

Dividend: The quarterly dividend was increased by 25 per cent effective with the June payment to 62.5 cents ($2.50 a year). The shares yield 1.8 per cent at the current price. 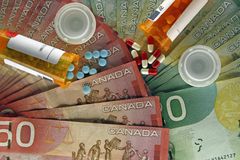 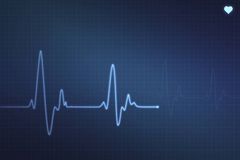 Fifteen health-care stocks that may be undervalued
Subscriber content
November 2, 2015
Follow us on Twitter @marketsglobe Opens in a new window
Report an error Editorial code of conduct