I find it fascinating as to how the markets have looked upon a Trump win and one-party GOP rule and instantly decided that would rejuvenate growth and inflation.

Here are five reasons why these expectations, riding very high, are vulnerable to disappointment:

1. The election does not shift the aging demographic profile in the industrialized world, which has been a principal reason for the multi-year bull market in bonds and secular disinflation trend.

2. It will take years for fiscal stimulus to have much of an impact on growth, though expectations could become a self-fulfilling prophecy.

3. A massive debt burden, in the United States and globally, will be exacerbated by the pileup of budget deficits. Fiscal policy is as tapped out as monetary policy, although one must admit that hope can be an effective strategy over short periods of time.

4. The bands around the outlook are far wider than they were before Nov. 8. Barack Obama is widely perceived as a failed president, but Donald Trump is inherently unpredictable and the market has only gone ahead and priced in the pro-growth reflationary aspects of his platform. The principal risk are economic nationalism and forms of trade protectionism, a changed and more uncertain trade and investment relationship with China, and the critical issue of renewed tensions with Iran.

5. Now on the outlook for earnings. In the same month that we had Donald Trump winning the election, and all the bullish comparisons with Ronald Reagan, we had the three-month bottom-up analyst earnings-per-share revision ratio (which gives the ratio of analysts' earnings upgrades-to-downgrades – the higher the number, the better) drop to a seven-month low of 0.80 times in November, a seven-month low, from 0.94 in October and far off the nearby peak of 1.02 hit last June.

We saw big declines in the revision ratio for materials (0.81 times from 1.00), industrials (a seven-month low of 0.61 from 0.76), consumer discretionary (eight-month low of 0.60 from 0.74). Even the defensive areas of consumer staples, health care, telecom and utilities got hit hard.

The areas in which earnings-per-share revision momentum was solid was in energy, financials (around 1.0 times for back to back months, something we have not seen in two years) and technology (1.29 in November, with more analyst upgrades than downgrades) for three months running, which last occurred in the summer of 2014).

In terms of regions, Japan really stands out here because its analyst revision ratio has improved for four months in a row (to 0.89 times in November – the highest since April, 2011). It bottomed at 0.51 at the turn of the year.

Developed Europe is also doing far better than the United States in this regard – 0.97 times in November after a 1.02 reading in October for the most impressive performance since the winter of 2011 as well.

Ditto for emerging Asia, where the analyst revision ratio has been 0.80 times or better in each of the past four months, and again it has been barely six years since this last happened.

So while all the attention is on Mr. Trump and the U.S. major averages, these other regions have better earnings profiles, more competitive currencies and superior valuation metrics.

You can buy the TSX at a 20 times forward earnings multiple and the S&P 500 at 18.5, or you can buy Hong Kong's Hang Seng at 12.7, Korea's Kospi at 11.4, or Germany's DAX at 13.2. Italy and France have awful economies indeed, but their stock markets reflect that at 15 times forward multiples. Japan trades just over 18 times, which compares with a historical norm of 20 (a two-point multiple discount relative to its historical averages compared with premiums of five points in Canada and three-and-a-half in the United States).

Time to ensure some geographic dispersion in the equity portfolio. 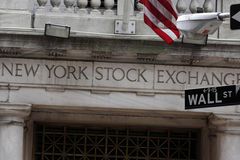