In a helpful podcast, ETF expert Todd Rosenbluth explains how to tell if your ETF, or a prospective ETF investment, measures up,

"Start by evaluating the holdings, weightings, and costs, and then you can start wading into next-level stuff like liquidity and volatility. By the end of this episode, you'll learn how expert analysts view any ETF."

For investors with access to Financial Times, the orange newspaper people published an excellent Year in Charts review of 2017. The charts include President Trump's approval rating, 'Bitcoin is in classic bubble territory,' and the graphic below showing that while growth in renewable power generation is strong, it is still dwarfed by fossil fuel usage,

Crude prices have been strong in recent days and this Reuters report cites experts predicting this is the beginning of a trend,

"'Oil demand will be high in 2018, with solid economic growth worldwide ... Supply will be relatively tight because of high OPEC commitment,' said Frank Schallenberger, head of commodity research at LBBW."

"Poll: Supply discipline and demand to prop up oil prices in 2018" – Reuters

Gene editing technology is ethically terrifying to me in the long term, but it has incredible power to prevent the onset of horrifying diseases. The M.I.T. Technology Review believes this is the year when the technology will be applied to human health on a wide scale,

"Gene editing hasn't cured disease in a human being yet—but it is getting closer. With the debut of CRISPR a few years ago, advances in the technology have been happening at a breakneck pace… [In 2017], The first human embryos in the U.S. were modified with CRISPR. In August, researchers at Oregon Health and Science University, led by Shoukhrat Mitalipov, reported the first known attempt at genetically modifying human embryos in the U.S. They injected CRISPR into embryos that carried a genetic mutation responsible for an often fatal hereditary heart condition. CRISPR was able to correct the mutation in about three-quarters of the embryos."

The U.S. holiday shopping season suggests the dreaded Retail Apocalypse might be delayed,

"The holiday shopping season, a crucial period for retailers that can account for up to 40 percent of annual sales, brought record-breaking online and in-store spending this year of more than $800 billion, according to Mastercard Inc's analytics arm … 'It has been an extremely positive holiday season in terms of sales both for brick-and-mortar and for online businesses,' said Shelley Kohan, a Retail Fellow at analytics firm RetailNext."

"@JeffMacke Spoiler: about 1/2 of these rallies in retail are going to give it all back and then some. The magic is determining which half..." – Twitter 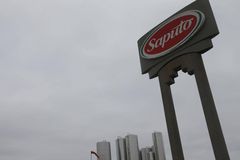 Thursday’s TSX breakouts: A security in an uptrend, yielding 4.3% with a payout ratio of 62 %
Subscriber content
December 28, 2017 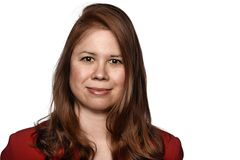 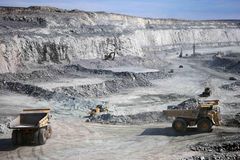