It certainly was a banner end to an eerily tranquil year for the equity market. Deficit-financed tax cuts filling up all the stockings. At the same time, it is equally interesting to see other markets such as Treasuries and the trade-weighted U.S. dollar index view the economic policies in the United States so radically differently than the stock market. Both bonds and the currency market understand that much of this tax stimulus will be saved rather than spent due to the current sky-high levels of deficits and debt outstanding.

Both markets also seem to understand the concept of dead-weight loss to an economy from protectionist trade policies, aimed to satisfy a few at the expense of the many. And when it comes to deregulation, once again, the fixed-income and currency markets seem to understand the economics of social costs involved in breaking down regulations that were there to protect the consumer or the environment. Let's face the facts: The Dow, S&P 500 and Nasdaq are one form of market response, and the DXY U.S. dollar index and 10-year T-note are another. Both are providing a markedly different signal otherwise known as a non-ratification.

For all the bluster of "America First," the U.S. dollar has concluded its worst year in a decade. Now who woulda thunk? And don't look now, but the Baltic dry index has hooked down in recent weeks in a rather dramatic fashion – perhaps calling into question the longevity of this synchronized global growth story, especially with central bank policies taking on a less dovish stance in the coming year.

Within the equity market, tech has lost ground globally while miners have shown improvement – with oil, gold and copper all on notable uptrends. The Bloomberg commodity index extended its longest winning streak in 12 years (copper is on an absolute tear, now at a four-year high, and finished the year riding the longest daily winning streak in 30 years). Value over growth; yield curves flattening (the spread between the U.S. Treasury 10-year and two-year notes recently touched 50 basis points); the weakest loan covenants in a decade along with razor-thin investment-grade credit spreads (107 basis points over U.S. Treasury notes); market chatter about inflation all over the place – these are all classic late-cycle signposts. Have cash on hand, expect heightened volatility, tuck in the risk, and step up the quality of both the stock and bond portfolios.

And always beware of the herd mentality. At the end of November, the bull share from the AAII survey (American Association of Individual Investors) was 35.9 per cent; the bear share was 31.6 per cent. As of Dec. 20, we had 50.5 per cent bulls and 25.6 per cent bears. As of Dec. 27, we have 52.7 per cent bulls and a mere 20.6 per cent bears. So the bull-bear spread has ballooned from 430 basis points, in but a month, to 3,210 basis points. That is impressive. It also reminds us of Wall Street legend Bob Farrell's warning of such groupthink, for "when all the forecasts and experts agree, something else is going to happen."

Everyone is so focused on tax reform for 2018 without realizing that this theme has already moved from hope to reality and is already priced in. What isn't priced in is the removal of the key prop for the markets and risk-appetite in general – central bank accommodation – which has supported asset prices for the past eight years. This includes the European Central Bank, the Bank of England, People's Bank of China, even the Bank of Japan (some on that board want an earlier move out of the zero-per-cent target for the 10-year Japanese government bond yield), and the U.S. Federal Reserve. (The rate path of Federal Open Market Committee members with a vote in 2018 matters more than those who don't. We see the median path of those with a vote at four rate hikes this year, not three). Reports are circulating that world's major central banks gathered at Sintra, Portugal last June and suggested strongly that the era of quantitative easing may was about to draw to a close (it was dubbed the "Sintra pact").

Don't be like John Candy and Steve Martin in Planes, Trains and Automobiles when they are oblivious to driving on the left lane of the highway. Don't be oblivious in 2018, when it comes to investing, by focusing on what has already been discounted; focus instead on lesser known themes that the market has not fully taken into account. Also keep in mind how flawed the tax bill is. Consider the desperation by the GOP to get any bill enacted: The President was prepared to sign anything. This isn't Reagan who understood the details of the tax reform he wanted in 1986 and was willing to wade through the weeds. This thing is over 1,000 pages long and I find it unbelievable that anyone in the Senate or House managed to read it front to back. It was hastily crafted and it is so abundantly clear now that this swamp in Washington is not going to be drained – another in the long list thus far of failed promises.

As for the bill that just narrowly passed in the Senate, true tax reform typically aims at simplifying the code and eliminating loopholes while cutting top marginal rates. But the myriad of tax breaks for real estate, hedge funds, construction companies and even producers of coffee beans, is mind-boggling and actually will reduce the effectiveness of this so-called reform (by blowing a hole in the deficit for the next decade, especially at a time when burgeoning demographic needs will exacerbate fiscal pressures).

Finally, it was interesting to hear Boston Fed president Eric Rosengren weigh in last week on what keeps him up at night:

"On the financial stability front, it's not just the United States that has had low interest rates – it's a global phenomenon. I do worry that we may start to see 'reach for yield' kinds of behaviours on financial investments that could potentially have broader implications at a time when monetary or fiscal policy can't react if we get a big negative shock."

It conjures up that image of Alan Greenspan way back in 2005 when he issued his clarion call for investing sanity to prevail. "[T]his vast increase in the market value of asset claims is in part the indirect result of investors accepting lower compensation for risk," Mr. Greenspan said. "Such an increase in market value is too often viewed by market participants as structural and permanent. … But what they perceive as newly abundant liquidity can readily disappear.

"Any onset of increased investor caution elevates risk premiums and, as a consequence, lowers asset values and promotes the liquidation of the debt that supported higher asset prices. This is the reason that history has not dealt kindly with the aftermath of protracted periods of low risk premiums."

Who listened to Mr. Greenspan? Not the bank executives at the time who were telling everyone to party until the music stops. But there's the rub: During the party, liquidity is your best friend; when the music stops, liquidity turns into the biggest coward in the world.

I know, I know … this is akin to the boy who cried wolf. Just remember – the wolf showed up at the end of the story.

Canada's advisers reveal their best suggestions for managing your money in 2018
January 2, 2018 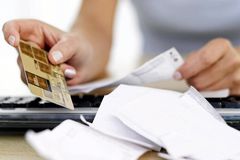 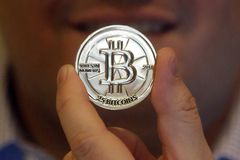