Growing fears of a new financial crisis are driving a stampede to safety by investors spooked about what lies ahead for the global economy.

Stock markets around the world tumbled Monday as money poured into what people perceive as safe assets – primarily government bonds and gold. The hardest-hit stocks were those of global banks, the companies most vulnerable if world growth were to abruptly slow and asset prices were to sour.

Meanwhile, gold jumped, touching $1,200 (U.S.) an ounce for the first time since June, and the yield on Canada's benchmark 10-year government bond fell to its lowest level on record as investors sought havens from the economic storm.

A cluster of concerns has combined to chase people out of riskier assets.

The biggest source of anxiety is slowing Chinese growth, which has cast a pall over hopes for global expansion and helped to drag down commodity prices. As prices for oil and other raw materials have tumbled, concerns have grown that banks could suffer losses on their loans to commodity producers.

In addition, growth in the United States has fallen short of expectations, and corporate profits and sales are sliding.

The appearance of negative interest rates in Europe and Japan has dismayed some investors, who see such drastic action as evidence that central banks are out of weapons in their fight to boost growth.

Taken together, the mounting concerns were enough to slice 1.8 per cent off the S&P/TSX Composite on Monday. They also helped drive down the benchmark S&P 500 index in the U.S. by 1.4 per cent and lopped 3.3 per cent off the German DAX index.

Among the biggest individual losers were Deutsche Bank, the European financial giant, which lost 9.5 per cent of its share value.

On this side of the Atlantic, Citigroup Inc., the U.S. banking titan, slid 5.1 per cent, while Goldman Sachs, the iconic Wall Street investment bank, declined 4.6 per cent. Canadian banks, too, sustained losses, with Royal Bank of Canada slipping 2.6 per cent.

As investors charged out of the financial sector, they demonstrated a growing appetite for the safety of government bonds. The yield on the 10-year Government of Canada bond briefly slid below 1.03 per cent, before recovering slightly to 1.05 per cent. Those are the most miserly 10-year yields in Bank of Canada data dating back to 1989.

The plunge in yields reflects the large amount of money pouring into government bonds, driving up their prices. Bond prices and yields move in opposite directions.

The yield on the 10-year Canada bond, which is regarded as a key marker for long-term economic expectations, has tumbled in recent days. It now stands more than half a percentage point lower than it did in early December – an indicator of diminishing expectations for the Canadian economy.

After factoring in the current 1.6-per-cent inflation rate, the bond seems unlikely to produce any real return for a buy-and-hold investor who purchases it at today's prices. The willingness of investors to jump in at this level shows either an overwhelming desire for safety or a strong belief that rates are headed even lower.

The 10-year U.S. Treasury yield also fell on Monday, sliding to 1.75 per cent, its lowest point in a year. The dwindling payoff suggests that investors believe the U.S. Federal Reserve is unlikely to continue raising interest rates this year.

Shorter-term bonds of several European countries, including Germany and Switzerland, are already in negative territory, meaning that investors are paying governments for the privilege of lending them money.

"But all that being said, it is still a remarkable trend considering that the yield you're getting in Canada right now is lower than the inflation rate."

Many observers believe the fall in yields is temporary.

"You have to outline a pretty dire scenario to justify where yields are now," said Mark Chandler, head of fixed-income and currency research for Canada at RBC Capital Markets.

"If you have a longer-term horizon … it's hard to believe these yields are going to remain this low for a long time," he added.

Despite the fears demonstrated by today's market moves, Mr. Chandler thinks a repeat of the financial crisis is unlikely. Banks around the world have generally done a good job of shoring up their capital and building a bulwark against financial stress, he said.

The problems in Europe have so far not resulted in any breakdown in interbank lending, such as that which occurred in the last financial crisis, Mr. Chandler noted. That suggests the market may be overreacting to temporary problems.

"It's really hard to say there's anything out there that would justify the magnitude" of the recent moves in bond yields, he said. 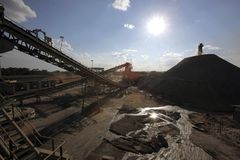 U.S. dollar drops most in seven years amid fears of economic slowdown
February 3, 2016 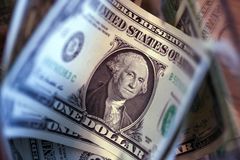