Minutes after word got out that the 54-year-old U.S. trade embargo against Cuba was being eased, the markets were already picking winners.

The U.S. embargo has long acted as a lid on the Cuban economy, stifling growth and denying the island nation of U.S. capital. Now that the situation looks set to change, companies with ties to Cuba will enjoy a distinct advantage. Here are two of the day's biggest gainers. 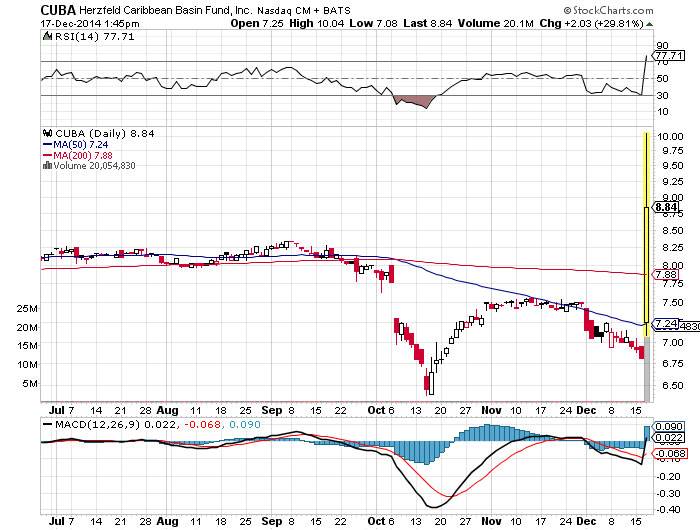 Founded in 1993 by U.S. money manager Thomas J. Herzfeld, this mutual fund was tailor-made for the day U.S. trade restrictions are lifted.

Its holdings include Carnival Corp. and Royal Caribbean Cruises, both of which could add Cuba to their extensive Caribbean ports of call. It also includes Seaboard Corp. which could become a primary shipper to the country, and Watsco. Inc., which distributes air conditioning equipment, a sorely-needed convenience amid Havana's steamy apartment blocks.

Shares of the $34-million closed-end Herzfeld fund, which have been trading sideways since February of 2013, soared 28 per cent Wednesday morning and will likely continue to climb as long as the rapprochement holds. The price as of Wednesday afternoon was $8.36 (U.S.) 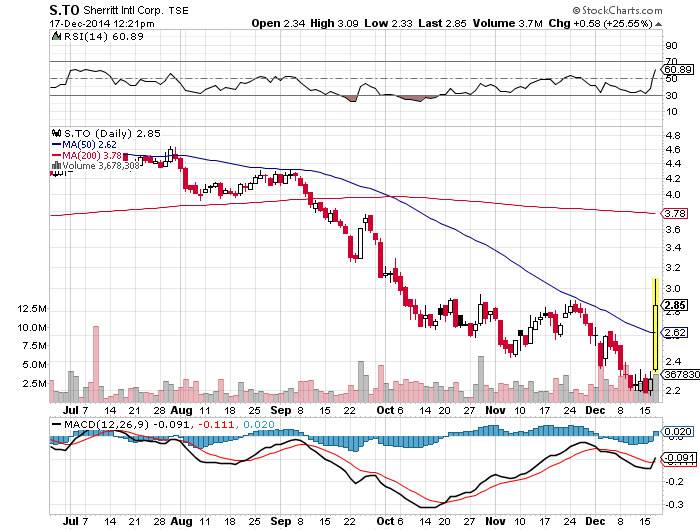 The Toronto-based miner has extensive operations in Cuba and generates almost all its cash flow from oil and gas and nickel mining in Cuba. Sherritt CEO David Pathe tells The Globe and Mail's Richard Blackwell that the breakthrough in relations will have little immediate impact on his company, but could lead to major gains if the full embargo is eventually lifted.