The Toronto stock market was slightly higher Tuesday as investors prepared to close the books on a year that saw a solid advance on the TSX.

The S&P/TSX composite index climbed 14.04 points to 13,595.43 with gains again limited by further declines in the gold sector, by far the biggest loser on the Toronto market for this year.

The Dow Jones industrials rose 23.95 points to 16,528.24 as the Standard & Poor's/Case-Shiller 20-city home price index rose 0.2 per cent from September to October, down from a 0.7 per cent increase from August to September as higher mortgage rates weighed on sales and dampened the housing recovery.

For the year, prices are still strong, reflecting big gains in earlier months. They have risen 13.6 per cent over the past 12 months, the fastest since Feb. 2006.

Other data showed the Chicago Purchasing Managers Index, a key reading on manufacturing in the American Midwest, slowed during this month, falling to 59.1 from 63.

The latest reading on consumer confidence will also be released during the morning.

The TSX was supported by modest gains in consumer staples, telecoms and financials while the energy sector was slightly higher as the February crude contract on the New York Mercantile Exchange declined 85 cents to $98.44 (U.S.) a barrel.

The base metals component was also in the red with March copper down a cent to $3.37 (U.S.) a pound.

The TSX looked set to end 2013 trading with a solid gain of just over nine per cent. TSX gains would have been greater if not for deep losses in the mining sectors. The gold sector is down almost 50 per cent for the year while the metal has fallen about 28 per cent.

Gold prices have taken a big hit this year as the global economy gradually improved and the U.S. Federal Reserve made moves to cut back on a key area of stimulus, its monthly bond purchases.

In addition to the big losses in gold, the base metals component has retreated 22 per cent as an uneven global recovery kept the lid on commodity prices.

Most TSX sectors were positive for the year with financials up 22 per cent for the year. Insurers have been particularly strong performers as companies benefited from strong stock market gains and rising bond yields.

Industrials had a good year, up about 35 per cent as railroad stocks shot ahead, helped along in large part by rising shipments of crude oil. Fresh questions about rail transport safety for crude will be asked after a 1.6-kilometre-long train carrying crude oil derailed outside of the town of Casselton, North Dakota on Monday. BNSF Railway Co. said it believes about 20 cars caught fire after its oil train left the tracks about 2:10 p.m. Monday. The sheriff's office said it thinks 10 cars were on fire.

No one was hurt.

In sharp contrast, the Dow industrials has plowed ahead 26 per cent.

In corporate news, the London Underground transit system is looking for a new contractor to take on a signalling upgrade for four lines, replacing Bombardier Transportation. Bombardier Inc. announced Tuesday that the two companies had reached a joint release agreement. Media reports in the U.K. said Bombardier's signalling system had proved to be incompatible with the complex infrastructure of the four lines.

Markets were closed in Japan and other Asian markets for the New Year holiday.

Before the bell: Year looks set to end with gains
Subscriber content
December 31, 2013 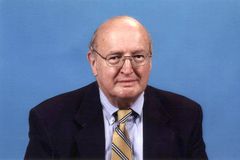