Stocks halted a two-day rally as traders assessed earnings from some of the world's largest companies. The euro fell after Mario Draghi said the region's central bank hasn't discussed extending or tapering stimulus.

Equities fell as lacklustre forecasts from Nestle SA to EBay Inc. outweighed optimism with American Express Co. and Deutsche Lufthansa AG's projections. The European currency slid to the lowest since June, while German bond yields fell below zero on speculation traders will have to wait until at least December for news on policy changes. Oil sank as Russia's largest oil company said the country could boost production and Nigeria lowered prices for its crude.

Traders have been weighing remarks of global central banks against incoming economic and earnings reports for clues about the path of unprecedented stimulus measures. A batch of still mixed reports in the world's largest economy from jobless claims to existing home sales did little to move the markets on Thursday. Meanwhile, by giving as little information as possible about the European Central Bank's asset purchases, Mr. Draghi left investors waiting until the institution's next meeting Dec. 8.

"He didn't say enough to really have a major impact on the market, and people are going to focus more on earnings," said Matt Maley, an equity strategist at Miller Tabak & Co. LLC in New York.

Canada's main stock index steadied on Thursday after hitting a near 16-month high the previous day.

The small healthcare group notching the largest gain at 0.8 per cent as Valeant Pharmaceuticals International Inc advanced 0.8 per cent to $29.18.

Equities briefly reversed a morning slide as commodity producers rebounded on a stronger outlook for oil prices from the World Bank. Crude remained lower though to sap the energy group's comeback. Investors weighed a variety of influences Thursday, including a batch of corporate reports, stimulus measures from the European Central Bank, a final presidential debate and signs the housing market continues to bolster growth, adding to the case for higher borrowing costs.

"There have been a handful of news items for traders to key off of today, including Draghi's comments, earnings and the last night's debate," said Frank Cappelleri, executive director at Instinet LLC in New York. "With the market so close to an important support level, traders have been looking for reasons to either buy before the potential bounce or sell in front of a larger decline. The erratic movement so far suggests that both of these have been happening today."

MSCI's gauge of global shares dropped 0.1 per cent in New York, following the biggest back-to-back rally in a month.

"We do expect action in December and that's on track," said Michael Ingram, a market strategist at BGC Partners in London. "There's still some hope that the ECB will follow the lead of the Bank of Japan and focus on the yield curve and help bank profitability."

The euro fell 0.4 per cent to $1.0935, erasing gains of as much as 0.6 per cent. The single currency has slipped 2.8 per cent this month, after posting its tightest quarterly range against the greenback on record in the three months through September.

"It's a very volatile session for the euro," said Valentin Marinov, head of Group-of-10 currency strategy at Credit Agricole SA's corporate and investment-banking unit in London. "Because of what Draghi didn't convey today, markets are starting to question how committed the ECB is to extending its current asset-purchase program beyond 2017."

Bloomberg's Dollar Spot Index, which tracks the currency against 10 major peers, rose 0.4 per cent after falling for three straight days.

The Bloomberg Commodity Index halted a five-day advance as crude and metals slumped.

Oil slid after the head of Rosneft PJSC said Russia is capable of raising production "significantly," and Nigeria lowered prices for its oil in a bid for market share.

Oil prices settled down more than 2 per cent on Thursday, as a resurgent dollar encouraged players to take profit on the previous day's rally that sent U.S. crude to 15-month highs.

The dollar hit seven-month highs against a basket of currencies and a three-month peak versus the euro after the European Central Bank kept interest rates unchanged and U.S. data showed home resales surged in September.

On Wednesday, oil rallied after the U.S. government reported an unexpected drawdown of more than 5 million barrels in weekly crude stockpiles that drove WTI's November contract to a 15-month high of $51.93.

"This is predominately being driven by the dollar's strength," Matt Smith, director of commodity research New York's ClipperData said, referring to Thursday's retreat.

"It's also to do with the dust settling on yesterday's report and the realization that it wasn't quite as bullish."

The ECB has provided extraordinary stimulus in recent years, cutting interest rates into negative territory and pushing the cost of credit to all-time lows.

Gold saw good buying at the time of the ECB release, Mitsubishi analyst Jonathan Butler said. "(The) ECB will continue to have a very accommodative policy at least until December," he said.

Here’s how to know when you should be selling a stock Subscriber content
May 17, 2018 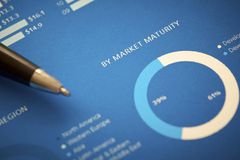 Why executive compensation matters to investors
April 8, 2017
Larry Berman: How ETF investors can lower their risk while increasing returns
June 5, 2017
Report an error