Canadian stocks retreated on Thursday after a three-day gain, as the nation's largest lenders declined to offset a gain among raw-materials producers.

The benchmark Standard & Poor's/TSX Composite Index equity gauge lost 0.22 per cent, or 30.09 points, to 13,881.20 in Toronto, after closing Wednesday at a six-month high. The benchmark gauge is one of the best-performing developed markets in the world this year with a 6.7-per-cent gain.

Meanwhile, Kinross Gold Corp. and Barrick Gold Corp. posted among the biggest advances in the S&P/TSX, rallying more than 3.6 per cent.

The resource-dominant S&P/TSX remains closely linked to moves in commodities prices, as a rebound in producers has fuelled a 17.2-per-cent recovery for the S&P/TSX from a low on Jan. 20. The Canadian benchmark now trades at 22.1 times earnings, about 15 per cent higher than the 19.2 times earnings valuation of the Standard & Poor's 500 Index, according to data compiled by Bloomberg.

Bombardier Inc. dropped 1.2 per cent after TD Securities equity analyst Timothy James lowered his rating for the stock to "reduce" from "hold". The struggling aircraft manufacturer's negotiations with the Canadian government over aid include seeking assurances on jobs, research spending and its head office, according to the cabinet minister leading the review.

Bombardier rejected the government's initial offer, according to people familiar with the talks, with the two sides sparring over Bombardier's corporate governance and dual-class share structure.

Wall Street suffered its first loss in four sessions on Thursday after a mixed bag of quarterly reports and a warning by Verizon Communications that a strike by workers would likely impact its bottom line.

"Earnings have been decent, outperforming, but outperforming expectations that have been dramatically lowered," said Charlie Johnson, a sales trader at Greentree Brokerage Services in Philadelphia. "So it's like a shell game."

The S&P 500 has climbed 14 per cent since its February low, bolstered by a rebound in oil prices, easing of concerns over China's slowdown and optimism Federal Reserve policies will remain supportive of growth. The benchmark is less than 2 per cent away from a record reached last May, after erasing 2016 losses of as much as 11 per cent.

Energy shares in the benchmark have led the two-month rebound on crude's recovery, mimicking a similar rally late last year that followed the S&P 500's first correction in four years. That surge eventually withered in early November after the index came within 1 per cent of its record, a level the gauge briefly reached on Wednesday. In Thursday's selling, the two groups with the best performance this year - phone companies and utilities - were the hardest hit.

The Stoxx Europe 600 Index slipped 0.3 per cent, trimming a decline that reached as much as 1.1 per cent. Banks posted the biggest gain of the gauge's 19 industry groups. Ericsson AB tumbled 15 per cent as first-quarter sales missed analysts' estimates. Pernod Ricard SA declined 4.9 per cent after reporting a drop in sales in China.

The MSCI Asia Pacific Index was 1.1 per cent higher. Japan's Topix index climbed 2 per cent to a two-month high, buoyed by prospects the Bank of Japan will boost stimulus at a monetary policy review next week.

Oil fell from the highest level in almost five months amid rising U.S. crude stockpiles and speculation producers will be unable to agree on an output freeze.

"The market is catching its breath after a strong rally," said Gene McGillian, a senior analyst and broker at Tradition Energy in Stamford, Conn. "We have a huge oil oversupply in storage."

Talks to freeze supply between some of the world's largest producers in Doha on Sunday failed after Saudi Arabia said it wouldn't restrain output without commitments from all Organization of Petroleum Exporting Countries members including Iran, which has ruled out a cap for now. Crude's slump has sent the number of active oil rigs in the U.S. to the lowest since November 2009.

West Texas Intermediate for June delivery fell $1 to settle at $43.18 a barrel on the New York Mercantile Exchange. The May contract, which expired Wednesday, rose 3.8 percent to $42.63, the highest close since Nov. 25.

Gold fell from a five-week high and posted its first decline in a week after a gauge of U.S. unemployment tumbled to the lowest since 1973, damping the metal's appeal as a haven.

Jobless claims unexpectedly dropped for the week ended April 16 in a signal that employers are still optimistic about the U.S. demand outlook. Gold earlier rose to the highest since March 11 as European Central Bank policy members kept the benchmark interest rate at zero. Lower rates are a boon to precious metals, which don't offer yields or dividends. The dollar gained, reducing demand for gold as an alternative asset.

"Gold ticked negatively on that good economic number because it brought back the thought of a rate increase being back on the table," George Gero, a managing director at RBC Wealth Management in New York, said in a telephone interview. "It seems like good figures scare traders because good news is bad news, meaning there's a rate hike possibility even though the Europeans kept rates unchanged earlier."

Gold may advance to as much as $1,400 an ounce in the next 12 months, according to BNP Paribas SA, which cited rising investor concern about the efficacy of central banks' policies to sustain growth. "There has clearly been an uptick in general investor concern about the eroding effectiveness and potential overreach of global central bank policies," BNP's wealth-management arm said in a briefing at a conference in Singapore Thursday.

Eye on Shorts: What bearish investors are betting against
April 21, 2016
The rise of the most powerful idea in investing
April 21, 2016 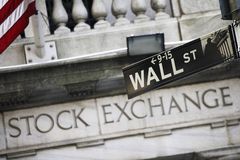