U.S. stocks, which rocketed higher on news of Donald Trump's election, are no longer sure what to make of Trumponomics.

The S&P 500, the usual benchmark for large U.S. stocks, has largely flat-lined since mid-December as investors display growing concern about of what the U.S. president-elect will unveil once in power. With a week to go until Mr. Trump's inauguration on Jan. 20, it's not yet clear whether the pro-growth leader that many people had imagined will be the leader they actually get. For instance, Mr. Trump has been widely applauded by Wall Street for his eagerness to get government out of the marketplace.

He has vowed to tear up overly restrictive regulations in the financial sector and abolish Obamacare. But at his first news conference in six months on Wednesday, he ladled abuse on the drug industry, which he claimed has been "getting away with murder" on pricing.

Read more: Why Trump should fear a strong U.S. dollar

Ian McGugan: Markets become doubtful that all will be rosy under Donald Trump

Read more: Could Trumponomics lead to a U.S. recession?

Biotech and pharmaceutical stocks plunged in response, as investors mulled the possibility that parts of the U.S. health-care industry may face more regulation, not less.

The sector recovered some of its losses on Thursday, but the whipsawing prices demonstrated the nerves that many investors are feeling as they try to decode Mr. Trump's wandering statements.

Wall Street is particularly uncertain about what lies ahead for the new president's free-spending pledges.

Both the U.S. dollar and stocks surged after the presidential vote on Nov. 8 because investors figured a Trump administration would unleash a wave of fiscal stimulus in the form of tax cuts and infrastructure spending.

However, Mr. Trump provided no timetable on those proposals during Wednesday's news conference.

Meanwhile, the case against more fiscal stimulus is gaining strength as unemployment dwindles in the United States. Joblessness now hovers around 4.7 per cent, close to what most economists consider full employment.

Pouring more fiscal stimulus into an economy where just about everybody already has a job would probably result in rising inflation, everything else being equal.

To forestall that, the U.S. Federal Reserve may choose to hike interest rates aggresively, thereby offsetting much of the upward jolt that markets are expecting from a free-spending Mr.Trump presidency.

"I would expect [Fed chair Janet Yellen] to crash the inauguration party next Friday by repeating warnings about applying large fiscal stimulus to an economy that is already at or near full employment," Derek Holt, head of capital markets economics at Bank of Nova Scotia, said in a note Thursday.

Among other major wild cards for investors is tax reform. The head of Mr. Trump's inaugural committee has said the president-elect supports an overhaul of the tax system that would punish U.S. companies that import goods and reward businesses that export.

Such a border tax adjustment would hurt U.S. retailers and other companies that import a large portion of their merchandise.

It would also mean pain for Canadian exporters, according to Krishen Rangasamy of National Bank, who calculates that a border tax could chop 9 per cent off Canada's total goods exports to the United States.

Supporters of the border tax argue that it will boost the value of the U.S. dollar and thereby offset any higher costs to U.S. companies from the adjustment. For now, however, speculation about the tax adds to the cloud of uncertainty around the new administration.

"In politically driven markets, the combination of an erratic [president-elect of the United States] and a market which leaps to conclusions and heads off down cul-de-sacs with manic enthusiasm, is a recipe for mayhem and anarchy," said Kit Juckes, macro strategist at Société Générale.

To be sure, some observers say the Trump rally is still alive and well.

"While I wouldn't be surprised or upset with a correction, I still believe there is still further upside in the stock market," said Norman Levine, senior portfolio manager with Portfolio Management Corp. in Toronto.

He believes the Federal Reserve will be slow to raise interest rates and argues that now is a good time to buy U.S. drug companies, because they are out of favour. 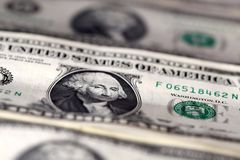 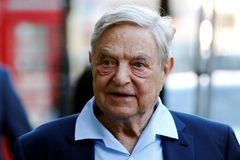