Accordingly, Mr. MacDonald lowered his rating for the stock from "outperform" to "sector perform."

"We expect ongoing headwinds for the stock until investors have a clearer picture of the longer term solution for its covenant challenges, with significant downside risk remaining," he said.

The analyst has reduced his forecasted activity level projections for North America, resulting in the reduction of both revenue and margin progressions through 2016. Those changes caused earnings before interest, taxes, depreciation and amortization estimates to fall in 2015, 2016 and 2017 by 12 per cent, 24 per cent and 12 per cent, respectively.

"The binary outcome is now more skewed to the downside for equity investors as our softening outlook for U.S. activity levels through 2016 has led to our revised outlook that TCW will fall short of its revised covenants," he said. "Specifically, our revised forecast leads to TCW falling short of the required $50-million in cumulative EBITDA (from the third quarter of 2015 through the first quarter of 2016). As well, our revised forecasts now point to the need for as much as $200- to $220-million in required capital injection by mid-2016 to meet debt/EBITDA requirements.

He did note that if Trican overcomes its "near-term hurdles" without dilution in equity, there is an upside of $2.30 to $5.75 per share. He called that "the best relative opportunity in our Canadian coverage universe." He did caution that "sizable downside" does remain, however.

He added: "We see the potential for the third quarter to be a positive catalyst, given our expectations for TCW's Canadian pumping margins to be the best pumping margins for North American public fracturing companies. While street consensus has increased significantly, suggesting this is well disseminated, TCW's ability to make its Canadian business work at current depressed pricing demand levels, is a positive sign in our view."

Mr. MacDonald reduced his price target for the stock to $1 (Canadian) from $3. The analyst consensus is $1.85, according to Thomson Reuters.

Shares of Gibson Energy Inc. (GEI-T) are reaching the floor of its valuation, according to Raymond James analyst Chris Cox, and, therefore, they are "a much better risk/reward opportunity" for investors.

Mr. Cox upgraded his rating for the stock to "outperform" from "market perform."

"Supported by highly visible and contracted growth out of the terminals and pipelines business segment, our analysis would suggest that, even in the event of further sustained pressure on Gibson's more services-oriented business segments, the broader company as a whole should still be able to generate modest EBITDA growth into next year and for the remainder of the decade," said Mr. Cox. Furthermore, we believe the current dividend (7.3-per-cent yield) is secure, while our stress test points to a peak net debt to EBITDA of 3.5 times in a 'worst case' scenario."

He said his rating change came on the basis of his stress test analysis of Gibson, using what he views as "fairly draconian assumptions."

He added: "What was most telling from our stress test of the company was the security of the current dividend and the balance sheet, even in a period of sustained pressure on the company's more services oriented business segments. Notably, we believe Gibson would still deliver modest growth in corporate EBITDA over the balance of the decade, owing to heavily contracted growth in the company's terminals and pipelines segment."

"Beyond just the security of the current dividend and balance sheet, we believe there is limited downside to street estimates, relative to our 'worst case' scenario," he said. "Furthermore, with the stock now trading at its lowest multiple since its IPO in 2011, we believe there is sufficient valuation support from current levels (especially considering the safety of the dividend)."

Mr. Golladay expects the deal, for $14.25 per share in cash, to close. In reaction to the acquisition, he downgraded his rating for Strategic to "sector perform" from "outperform."

"We also have a constructive near-term view for lodging as the industry transitions from a heavier leisure period (August to early September) to a business-oriented travel season (late September to early November)," the analyst said. "With BEE shares likely to be more defensive in nature, we believe an outperform rating is no longer warranted."

He lowered his price target to the agreed-upon take-out price of $14.25 from $15, adding: "we believe Strategic will perform in line with the peer group." Consensus is $15.42.

"Based on our [2015] outlook, BEE currently trades at an [enterprise value to adjusted EBITDA] multiple of 16.3 times, which is in line with the upper-upscale/luxury sub-sector median of 12.1 times, while we calculate that the shares are trading at an EV/Adjusted Hotel EBITDA multiple of 15.3 times  compared to the upper-upscale/luxury sub-sector median of 11.3 times," he explained. "The large premium to the group is due to the pending acquisition of all BEE shares by Blackstone."

"We view the recent acquisition … favourably, as it provides OGC with a fully permitted, fully funded, top quartile development stage project (Haile) located in a favourable jurisdiction (USA)," said Mr. Thompson. "OGC has a track record of operational success, in construction (building, ramp-up) at its Didipio Au/Cu mine in the Philippines and more recently successfully optimizing its NZ mines [aided by the weakness of the New Zealand dollar]. This success, we feel, reflects the expertise needed to unlock Haile's development upside. In addition, OGC recently bolstered its production base by acquiring the Waihi mine in NZ which boosts near term free cash flow and lowers costs."

Though the analyst noted Haile will "soak up" the company's near-term free cash flow, he did note OGC has emerged as "a significant free cash flow generator" despite recent weak metal prices.

"OGC has displayed prudency in deploying FCF generated from its operations to pay down debt, and pay an annual dividend of $0.02/share (yielding approximately 1.4 per cent)," he said. "OGC also has a strong and flexible balance sheet. …. Supported by a strong operational base, OGC generated $105-million in FCF in 2014 and is set to generate a further $55-million in FCF in 2015 … while FCF will pause in 2016E (with Haile construction)."

Maintaining his "underperform" rating for OceanaGold, he reduced his price target to $2 from $2.75.

Applied Materials Inc. (AMAT-Q) is likely to underperform its peers given its large exposure to the memory chip segment of its business, said RBC Dominion Securities analyst Mahesh Sanganeria.

He downgraded his rating of the tech stock to "underperform" from "sector perform."

"While we maintain our positive secular view on the semicap sector driven by increasing capital intensity, in the near term, we expect [2016 calendar year] capex to be down 13 per cent year over year driven mostly by a decline in memory [a decline of 38 per cent for dynamic random-access memory and a decline of 17 per cent for negative-AND memory] and flattish foundry/IDM spending," he said.

He added: "We believe AMAT is overly optimistic on [2016 calendar year Wafer Fab Equipment]. During the [July quarterly] earnings call, management expected DRAM spending to be down 10 per cent and NAND to remain at a high level driven by continued 3D NAND investment in calendar year16. Additionally, the company expects big 10nm foundry spending. Earlier, during the July analyst day, the company also expected to increase market share to 21.9 per cent driven by inflection technologies. We believe the WFE market share is very sticky and unlikely to change quickly due to the process complexity."

AutoZone Inc (AZO-N) was raised to "outperform" from "market perform" at Oppenheimer by equity analyst Brian Nagel. The 18-month target price is $850 (U.S.) per share.

FireEye Inc (FEYE-Q) was downgraded to "neutral" from "overweight" at Piper Jaffray by equity analyst Andrew Nowinski. The 12-month target price is $37 (U.S.) per share.

Juniper Networks Inc (JNPR-N) was raised to "buy" from "hold" at Stifel by equity analyst Sanjiv Wadhwani. The 12-month target price is $32 (U.S.) per share.

Lazard Ltd (LAZ-N) was raised to "positive" from "neutral" at Susquehanna by equity analyst Douglas Sipkin. The 12-month target price is $53 (U.S.) per share.

Snap-on Inc (SNA-N) was raised to "buy" from "neutral" at Longbow Research by equity analyst David Macgregor. The 12-month target price is $184 (U.S.) per share.

TransGlobe Energy Corp (TGL-T) was raised to "buy" from "hold" at Paradigm Capital by equity analyst Ian Macqueen. The target price is $4.75 (Canadian) per share.

Toll Brothers Inc (TOL-N) was raised to "positive" from "neutral" at Susquehanna by equity analyst Jack Micenko. The 12-month target price is $42 (U.S.) per share.

Twitter Inc (TWTR-N) was raised to "buy" from "hold" at Axiom Capital by equity analyst Victor Anthony. The target price is $37 (U.S.) per share.

Touchstone Exploration Inc (TXP-T) was downgraded to "hold" from "buy" at Paradigm Capital by equity analyst Ian Macqueen. The target price is 30 cents (Canadian) per share. 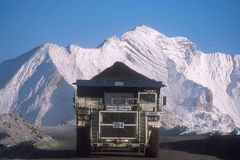 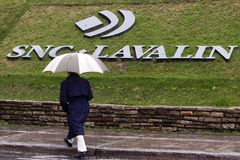 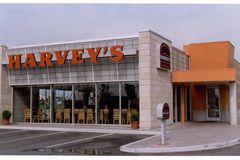