Eurasian Minerals Inc. (EMX-X; EMXX-N) said it has signed an exploration and option to purchase agreement through its subsidiary Bronco Creek Exploration, for the Superior West porphyry copper project with Kennecott Exploration Co., part of the Rio Tinto Group (RIO-N). The project is adjacent to the Resolution porphyry copper project within the Superior Mining District, about 100 kilometers east of Phoenix, Ariz.

As part of the agreement, Kennecott can earn a 100 per cent interest in the project by making a cash payment upon execution of the agreement of $149,187 (U.S.), and then completing $5.5-million in exploration expenditures and paying annual option payments totalling $1-million before the fifth anniversary of the agreement.

Upon exercise of the option EMX will retain a 2 per cent NSR royalty on the properties. Kennecott has the right to buy down 1 per cent of the NSR royalty covering 14 claims which are optioned by paying $4-million to EMX.

Boss Power Corp. (BPU-X) and Anthem Resources Inc. (AYN-X) said they have entered into a letter of intent to merge. Under the deal Boss will acquire all the shares of Anthem at a share exchange ratio of 0.75 of a common share of Boss for each common share of Anthem.

"One of the few certainties in the mining industry is that it is a highly cyclical business. We are in the 4th year of a significant market downturn. There are currently an abundance of opportunities to acquire high quality mining assets at heavily discounted prices. The Board of Directors of the new merged company intends to carefully deploy capital to build a portfolio of mining assets in North America, so as to position for the inevitable market upturn," said Ron Netolitzky, the acting CEO of Boss.

After the deal, Boss expects the combined company will have about $13.4-million of cash.

Olympia Financial Group Inc. (OLY-T) said it has received approval to buyback $4.5-million worth of its shares.

ESSA Pharma Inc. (EPI-X) said it has received notification from the U.S. Food and Drug Administration that the company's IND application, filed March 31, 2015, has been placed on clinical hold pending receipt by the FDA of additional chemistry and pharmaceutical data related to the stability of the drug substance and drug product and a certificate of analysis on drug product.

ESSA Pharma said it sought approval of their IND application for the treatment of patients with "metastatic castration-resistant prostate cancer who failed abiraterone and/or enzalutamide.

"We will submit the required data as soon as they are available for the agency's review. The delay caused by this circumstance is not expected to be significant, since the availability of those data had already been built in to the timelines prior to the IND submission. We have targeted [the third quarter of 2015]for first-patient-in, and that guidance remains valid," said Bob Rieder, ESSA's CEO.

Auctioneer Ritchie Bros. (RBA-T; RBA-N)said it sold more than $215-million of heavy equipment and trucks at an unreserved public auction in Edmonton from April 28 to May 1, making it the largest Canadian auction in the company's history.

"This auction was certainly one for the record books," said Randy Wall, Canadian president of Ritchie Bros. "With more than 14,000 registered bidders from more than 55 countries, we surpassed our previous global bidder record by more than 4,550 people. As a result of the high bidder turnout and the strength of the transportation, construction, forestry and other sectors in Alberta, the rest of Canada and abroad, we saw strong pricing at the auction, despite continued market concerns surrounding lower oil prices. In particular we saw great pricing on all general construction, transportation, and aerial equipment, as well as all rental-related equipment." 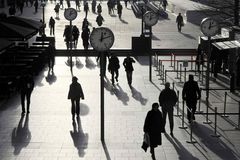 Strong U.S. dollar will help corporate America in the future
Subscriber content
May 4, 2015 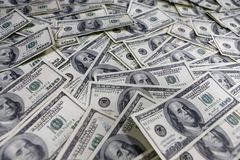 The Globe and Mail’s ETF Buyer’s Guide, Part 6 – A world of dividends
May 1, 2015
Follow Gillian Livingston on Twitter @gilllivingston
Report an error Editorial code of conduct