MCAN Mortgage Corp. (MKP-T) provided an updated outlook on the housing market and reported third-quarter net income of $9.9-million, up from $9.8-million for the same quarter last year.

The company said earnings per share came in at 42 cents in the third quarter, which was above expectations of 40 cents and compared to 43 cents a year earlier.

In its outlook, the company said it believes there's "an increased risk of a price correction in residential housing through the remainder of the year and into 2018 as prices adjust from historical highs in many geographic markets."

The company said it will continue to operate with "more conservative underwriting and credit policies for uninsured mortgages through this market transition."

The company said its corporate assets have decreased by 3 per cent year to date, compared to its stated annual growth target of 10 per cent. "As a result of the current uncertainty in mortgage markets, we believe that we will not achieve this target in 2017.  However, we continue to maintain this as our ongoing target as a measure of our expected annualized growth objective into 2018 and beyond."

The company said it believes its financial position "will continue to provide taxable income to support our dividend policy."

Senvest Capital Inc. (SEC-T) reported a net income attributable to owners of the parent of $75-million or $27.10 per share for the third quarter.

Questerre Energy Corp. (OEC-T) reported adjusted funds flow from operations of $1.94-million in the third quarter compared to $1.45-million the year before.

The company said its net loss came in at $2.64-million versus $1.07-million a year earlier.

Revenue was $18.3-million, which was in line with expectations and up from $13.8-million the year before.

Cargojet Inc. (CJT-T) said third-quarter revenue came in at $89.4-million, an increase of nearly 11 per cent versus the same quarter last year. Analysts were expecting revenue of $90.4-million.

The company said adjusted EBITDA was $25.4-million, which was roughly in line with the same time last year.

HNZ Group Inc. (HNZ-T), an international provider of helicopter transportation and related support services, reported third-quarter revenue of $72-million, which beat expectations of $68.3-million up from $54.7-million a year ago.

Energy Fuels Inc. (UUUU-N;EFR-T) says it has entered into an agreement to buy Excalibur Industries, which holds royalties on the company's Nichols Ranch ISR project in Wyoming, as well as royalties on several operating, standby and advanced-stage ISR projects in Wyoming owned and operated by Power Resources, Inc., a wholly-owned subsidiary of Cameco Corp. (CCO-T).

It said the transaction will happen through a merger of Excalibur and Energy Fuels' wholly-owned subsidiary, EFR Utah Inc.

As consideration, the company said it will deliver to the current shareholders of Excalibur common shares of Energy Fuels with a total value of $3.5-million.

MedReleaf Corp. (LEAF-T) reported sales of $9.8-million in its second quarter, below expectations of $10.7-million and compared to $10.5-million a year earlier.

"The decrease in net income and comprehensive income was primarily due to increased overhead expense partially offset by increased gross profit as the company expanded production capacity," the company stated.

The companies said they "remain confident that all conditions required to establish commercial operations, including all performance conditions, have been achieved under the terms of the PPA."

Intertape Polymer Group Inc. (ITP-T) said third-quarter revenue increased 18 per cent to $243.4-million (U.S.) "primarily due to additional revenue from the Cantech and Powerband acquisitions, an increase in average selling price, including the impact of product mix, and an increase in sales volume from certain tape products."

Earnings per share were 32 cents up from 10 cents a year ago. Analysts were expecting earnings of 23 cents and revenue of $230-million.

The company said the acquisition marks its entry into the production of scripted programming "and represents a highly complementary and strategic addition to Kew's asset base."

It said the Sienna vendors can earn up to an additional $3-million in "contingent consideration based on Sienna's Adjusted EBITDA in 2017, 2018 and 2019."

Maricann Group Inc. (MARI-CN) says it has entered into a letter of intent with Lovell Drugs Ltd. to be the primary and exclusive provider of medicinal cannabis products to its patients.

"We believe that pharmacies are the best distribution points for medicinal cannabis, as is the case for all other prescriptions," said Ben Ward, CEO of Maricann.

Africa Oil Corp. (AOI-T) says it has entered into a strategic partnership with Eco (Atlantic) Oil and Gas Ltd. (EOG-X) for exploration in West Africa and Guyana.

Under the terms of an investment agreement African Oil says it has agreed to acquire a 19.8-per-cent shareholding in Eco through the purchase, by way of private placement, of 29.2 million common shares at 48 cents per share for a total of $14-million.

"The Investment Agreement also provides the company with the right to participate in any future Eco equity issuances, on a pro rata basis, and to appoint one nominee to Eco's board of directors," the company said.

The parties have also entered into a strategic alliance agreement to jointly pursue new exploration projects.

Analysts were expecting revenue of $132.8-million and earnings of 42 cents per share.

Fairfax vs. Berkshire Hathaway: Here's the one most likely to produce the better returns
November 12, 2017 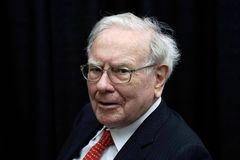 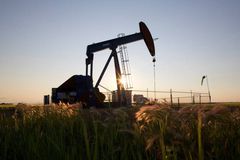 MLPs poised for year-end rebound, but it could be short-lived
November 12, 2017
Follow Brenda Bouw on Twitter @BrendaBouw
Report an error Editorial code of conduct