Over the last few weeks, we've been providing Inside the Market readers with 2014 predictions for real estate investment trusts. Today, we turn to National Bank Financial.

You may recall that Canaccord Genuity analysts are among the most upbeat, predicting most REITs will post double-digit total returns this year. CIBC World Markets, by comparison, is forecasting returns within a broad range of zero per cent and 10 per cent.

National Bank Financial isn't lumping all the REITs together to make such a broad sector forecast. But it is making the point that REIT investors don't have much to fear, even in the face of a rising interest rate environment - an enemy of the income-producing investments.

National Bank analysts, led by Matt Kornack and Trevor Johnson, said that while 2014 should see its fair share of volatility, their "bias" towards REITs remains positive.

"Today investors can buy REITs that have increased their scale, improved their leverage and payout ratios, bought properties of better quality and in some cases attained investment grade credit ratings at multiples well below peak levels and in many cases below longer-term historical averages," the analysts said in a research note.

"Fundamentals for the most part remain strong and beyond the real estate itself we believe that an aging Canadian population with a need for tax-efficient income investments will continue to buy REITs as they are one of the few securities available that can meet those needs. In the absence of new issues by entities that view their equity as significantly undervalued, these buyers will need to build their positions through purchasing in the market," they added.

National Bank has six top REIT picks. The commonality is that they all have the ability to generate above average revenue growth through improvements in occupancy rates and/or increases in rental rates. Five of the six also have exposure to the United States, which – in National Bank's view – has greater potential for economic growth.

The following are the six, with commentary directly from the National Bank report:

"American Hotel (HOT.un): U.S. hotel fundamentals remain strong (RevPAR up 5 per cent+), the contractual nature of HOT's revenues limits any possible downside for the majority of the portfolio, 2014 will contain a full-year incremental contribution from the recent Pittsburgh portfolio acquisition and a number of new developments since IPO, and continued greenfield growth is expected (10+ through 2015). HOT will also continue acquiring non-rail hotel portfolios (and the two existing rail portfolios if vendors decide to sell)... a strategy that remains accretive for investors (9 per cent cap rates vs. ~5 per cent debt financing alongside HOT's underleveraged balance sheet).

Artis (AX.un): We continue to believe that Artis is undervalued relative to peers given its increased scale, investment grade credit rating and improved asset quality. The REIT's portfolio is concentrated in Western Canada and the United States providing investors with access to growth markets, which has resulted in solid SPNOI performance to date in 2013.

Artis has exposure to the Calgary office market, although over 50 per cent of its lease maturities come due after 2017 and management estimates that market rents for 2014 and 2015 are 19.7 per cent and 15.2 per cent above those in place. The REIT's strategy of expanding in the United States while the Canadian dollar was strong and asset pricing was relatively attractive has paid off as performance in these markets have helped boost results and currency appreciation should have a positive impact on NAV. To top it off the REIT's 7.2 per cent yield is largely tax deferred and supported by a low payout ratio and leverage levels.

Crombie (CRR.un): 2013 was a transformational year for Crombie having completed its $990 million Canada Safeway portfolio acquisition. In a single transaction the REIT has vastly improved its geographic diversity, increased its float, attained an investment grade credit rating and acquired significant development opportunities in some of Canada's premier urban locations. Overall the REIT now has a national focus with a greater concentration of properties in areas with demographic expansion. Unlike many of its other retail peers Crombie has unrealized upside potential in re-leasing vacant space resulting from the departure of Zellers (economic occupancy levels are currently in the low 90 per cent range, vs. historical levels of 94-96 per cent). We expect the REIT to generate incremental growth through intensification on existing sites and through its development agreement with Empire, further improving portfolio quality.

HealthLease (HLP.un): HealthLease continues to exceed expectations from an FFO/unit growth perspective and has proven out its underlying business plan in the U.S. skilled nursing (SNF) / assisted living (AL) market. The REIT has significantly expanded its portfolio and continued to focus on new generation development assets capable of attracting a better quality payor base (increasing margins for its partners / tenants on the operations side). The base portfolio of SNF/AL properties leased on a long-term basis provides a solid income stream with healthy rent escalations. We believe that HealthLease will supplement this growth with participation in Mainstreet's development funds and eventually through internal development activity, which has proven to be largely de-risked with a fairly short construction time minimizing the dilutive impact. Cap rates and development yields of ~8 per cent and 10 per cent, respectively, are still attractive compared with other asset classes on both sides of the border. From a currency perspective we don't think the current trading price is reflecting appreciation in the U.S. dollar.

Milestone (MST.un): Milestone has benefited from a strong rental market for apartment properties in the U.S. sun-belt supported by economic improvement, in-migration, lower home ownership rates and an increasing pool of echo boomers entering the rental age cohort creating a favourable supply/demand dynamic. This has resulted in ~5 per cent rental increases on a y/y basis in its key markets helping to drive top-line performance. The REIT's management platform is highly scalable and exhibits a degree of sophistication rarely seen in Canadian entities of its size. With 100 per cent of its assets in the United States we feel that Milestone is currently trading at a deep discount to its currency adjusted NAV.

What CIBC predicts for REITs this year and five picks Subscriber content
May 11, 2018 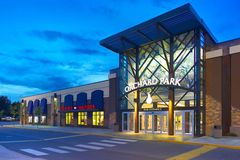 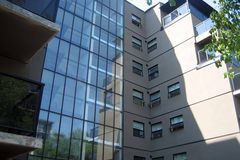 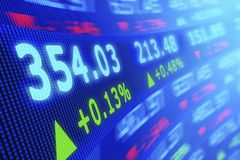 Insiders much more upbeat on Canadian stocks than American Subscriber content
May 11, 2018 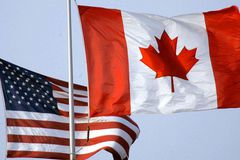