The Canadian and U.S. economies are closely tied by trade, but it's a huge mistake to assume that our growth will easily piggyback on an accelerating U.S. economy.

Canada is near the peak of the credit cycle, with an inevitable and painful process of deleveraging ahead. The Americans, by contrast, are closer to the beginning of a borrowing cycle, with plenty of economic muscle to push growth higher.

Most Canadians are aware of the bloated state of domestic household balance sheets. What is less well known is the significant progress American consumers have made in decreasing debt.

Our chart shows the massively divergent borrowing behaviour between consumers on each side of the border. U.S. household debt peaked in December, 2009, at 95 per cent of gross domestic product. Since then, largely because most Americans had the option of walking away from their mortgage debt without penalty, U.S. consumer debt to GDP has fallen almost 20 percentage points.

Largely unfazed by the global financial crisis, Canadian consumers continued to borrow. Domestic household debt growth levelled off after 2009, but has continued to creep higher. Debt as a percentage of GDP now stands at a record 97.6 per cent, two points above the U.S. crisis peaks.

The U.S. and Canadian economies are, like most developed countries, services-oriented and dependent on consumer spending. As a result, the highly indebted state of the domestic consumer forms a major hurdle for Canada's economic outlook.

The U.S. consumer has ample scope to increase borrowing and spending when confidence levels improve. Canadian households, on the other hand, are largely tapped out.

The Canadian consumer is in uncharted waters. The data doesn't go too far back, but with consumer debt-to-GDP below 60 per cent during the last real estate upheaval in the early 1990s, it does seems likely that a process of debt deleveraging will occur in the coming years.

Deleveraging – not just slower credit growth but a sustained reduction in overall debt levels – is not good news for the domestic banks or, by extension, the broader economy.

Princeton economist Hyun Song Shin and Tobias Adrian from the U.S. Federal Reserve Bank of New York published an important paper titled Procyclical Leverage and Value-at-Risk, which highlighted the extent to which changes in U.S. bank balance sheets magnify the effects of economic growth. When times are good, banks expand lending, which accelerates economic growth further. Unfortunately, the financial crisis underscored how the process works in reverse. During periods of deleveraging, banks curb lending and exacerbate the economic downturn.

A Canadian deleveraging cycle is likely inevitable, but it won't be as violent as the U.S. version. The major banks are far larger and more stable, for one. The derivative-based zaniness of the pre-crisis American real estate and debt boom is also not apparent.

Nonetheless, even if a deep recession is avoidable – rising exports to the United States would be a mitigating factor – deleveraging won't be painless. Defaults and bankruptcies will occur and bank credit will become increasingly scarce.

The brighter U.S. outlook is already apparent in consensus growth expectations. U.S. GDP growth of 2.6 per cent is expected to exceed Canada's by 0.3 percentage points in 2014. In 2015, projected U.S. growth of 3 per cent is half a percentage point above the 2.5 per cent expected in Canada. Investors should adjust their portfolios accordingly. 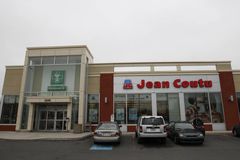 Canadians’ excessive debt has made rest of world wary of loonie
May 11, 2018 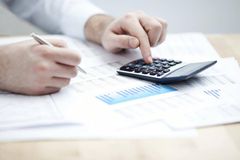