After Twitter Inc. insiders and early investors were given the green light to sell their substantial holdings in the social media stock, regular investors feared the worst: The shares fell 17.8 per cent on Tuesday, touching their lowest level since their debut in November.

You can understand why investors are nervous about the lockup expiration: It must be awfully tempting for insiders to cash out after being forced to hold on to the stock for the past six months.

If they do, 480 million shares suddenly become eligible for trade, potentially overwhelming demand for the stock at a time when the price is already down sharply from its high of $74.73 (U.S.) in December. On Tuesday, the shares fell to $31.85, down $6.90.

But while lockup expirations can create short-term havoc for a share price, the longer term tends to be far more rewarding for investors. Indeed, this could very well mark the bottom for Twitter's current bout of turbulence.

Twitter has its share of problems, beyond the lockup expiration, which are weighing on the stock. Its growth in active monthly users slowed to 25 per cent in the first quarter; the stock is more expensive than its peers when the share price is compared to revenues; the company is not profitable; and high-flying stocks, in general, have been hit hard in 2014 as investors move to cheaper fare.

The stock has certainly been on a roller-coaster ride since its initial public offering in November.

The shares surged nearly 190 per cent within the first two months amid optimism that the messaging service – users send updates to followers using 140 characters or less – would spread well beyond celebrities and journalists.

However, creeping skepticism over whether growth and revenue expectations are realistic has since clobbered the stock. It has now fallen more than 57 per cent from its record high, to its lowest level since the stock's initial public offering.

The lockup expiration itself looks like a distraction. For one thing, a number of high-profile insiders and early investors have pledged not to sell. Co-founders Evan Williams and Jack Dorsey – who control more than 77 million shares combined – said in a securities filing in April that they have "no current plans to sell any of their shares of Twitter common stock." The same goes for Twitter's chief executive Richard Costolo. According to less formal reports, Rizvi Traverse Management – the company's biggest shareholder – is also holding on. It owns more than 85 million shares.

This suggests that the people who know Twitter best see a longer-term potential in the stock.

If recent history is any indication, lockup expirations also tend to mark the low point for share prices, which could indicate that the Twitter selloff is nearing an end.

But the selloffs often coincided with low points for stock prices, marking ideal buying opportunities for investors with lots of fortitude. LinkedIn has since surged 145 per cent, even after falling about $100 from its high in 2013. Facebook's expiration-related selloff took the share price below $20, but it has since tripled. And Google – now a blue-chip tech stock – has risen sixfold over the past decade.

Lockup expirations aren't a foolproof buying opportunity – Groupon Inc. has fallen another 37 per cent since it lockup was lifted in 2012 – but they can mark the depths of investor fears. And fear is good. 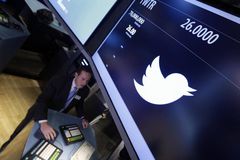 Eye on Shorts: What bearish investors are betting against
May 6, 2014
Follow David Berman on Twitter @dberman_ROB
Report an error Editorial code of conduct