North American stock futures are off sharply this morning, pointing to the possibility that today could see one of the steepest declines in U.S. and Canadian stocks this year after months of little volatility. S&P 500 futures are down about 1 per cent and TSX futures are off a more modest 0.5 per cent; not surprisingly, the safe haven of gold is up sharply, with the spot price trading at a 3 1/2-month high.

The catalyst appears to be, in part, a refocus on the minutes of the last Federal Reserve policy meeting, released on Wednesday, where officials expressed concerns about the complacency seen among market participants of late. Some officials worried these factors "are an indication that market participants were not factoring in sufficient uncertainty about the path of the economy and monetary policy," the minutes said.

The Federal Reserve said explicitly for the first time that it intends to end its extraordinary bond-buying program in October, although markets were already largely factoring in this scenario.

Bloomberg News also released an interview overnight with Federal Reserve Bank of St. Louis President James Bullard, who said the central bank may raise interest rates sooner than investors expect. The interview was conducted on Wednesday, prior to the release of the Fed minutes, with Mr. Bullard saying that a rapid drop in joblessness will fuel inflation, bolstering his case for an interest-rate increase early next year. He predicted inflation of 2.4 per cent at the end of 2015, ahead of the Fed's 2 per cent target.

In a further sign of positive momentum in the U.S. labour market, new jobless claims for last week fell to one of its lowest levels since before the recession that started in 2007, fresh data this morning suggested.

There's another fresh development this morning that's shaking up markets, however, and it comes from across the pond. Stocks in Europe are down significantly, especially in Portugal, where there are fresh concerns about the health of its financial group. The biggest banking group in the country, Banco Espirito Santo, has seen accusations that its main holding company covered up a $1.8-billlion (U.S.) hole in its accounts. Portugal's market regulator this morning halted trading in shares in Banco Espirito Santo, which has been under pressure since the accounting irregularities emerged in its holding companies in late May. Those declines escalated today after investors learned that parent company Espirto Santo International had delayed coupon payments relating to some short-term debt securities.

Portugal's PSI 20 index is down about 4 per cent this morning, trading at its lowest level since October and its biggest seven-day drop since August 2011. The concerns about the fragile economic recovery in Europe are clearly spreading, with indexes in both France and Germany down about 1.7 per cent. There was some disappointing economic data released in the region this morning as well, with Italy's industrial production unexpectedly falling 1.2 per cent in May, the biggest drop since late 2012, and industrial production in France fell 1.7 per cent, worse than forecast and the largest decline in more than 18 months.

Now, here's a closer look at what's going on this morning and what's to come.

Canada's new housing price index for May rose 0.1 per cent from April, below expectations for 0.2 per cent.

American Apparel said late Wednesday it has reached a deal with hedge fund Standard General LP and founder Dov Charney to remake its board and bolster its finances. Shares are up 3.5 per cent in the premarket.

Family Dollar Store shares are down 2.5 per cent in the premarket after reported fiscal Q3 adjusted EPS of 85 cents, below Street expectations of 89 cents.

Other earnings today include: PriceSmart, Postmedia.

Canaccord Genuity downgraded Fortuna Silver Mines to "hold" from "buy" and hiked its price target to $7 (Canadian) from $6.50. It also removed the stock from its Focus List - its favourite investment ideas.

Canaccord Genuity downgraded Eldorado Gold to "hold" from "buy" and hiked its price target to $9 (Canadian) from $8.25.

CIBC World Markets hiked its price target on Air Canada to $14.25 (Canadian) from $11 and maintained a "sector outperformer" rating.

Raymond James downgraded Duluth Metals to "market perform" from "outperform" and cut its price target to $1 (Canadian) from $1.75.

Mackie downgraded Copper Mountain Mining to "hold" from "buy" but hiked its target price to $3.10 (Canadian) from $2.70.

Canaccord Genuity downgraded Aurico Gold to "hold" from "buy" with a target price of $5 (Canadian).

Another sign the bull market in stocks may be nearing an end: Companies have dramatically reduced share repurchases.

Retail investor behavior is not even close to bubbly.

Hedge funds have piled into gold and silver at an incredibly rapid rate. 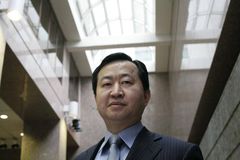 The return of market volatility is more than just about earnings
Subscriber content
July 9, 2014 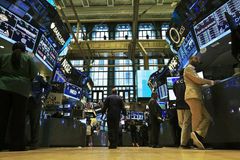 The close: Stocks rise as Fed signals no rush to hike rates
July 9, 2014 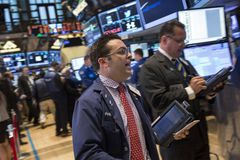 A new way to invest in companies led by women
Subscriber content
July 9, 2014 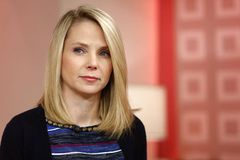