Investors should once again start paying attention to mining.

Those are brave words. Over the past decade, mining companies have made a bonfire of shareholders' hopes. The surest path to outperformance during that period has been to run from anyone wielding a geological map.

But if there was one overarching message to be gleaned from the Prospectors and Developers Association of Canada convention in Toronto, it was that the industry is inching back. Attendance at the four-day event, which wound up on Wednesday, topped 25,600 people, up about 6 per cent from the preceding year. Meanwhile, the initial public offering of Brazilian zinc miner Nexa Resources SA, which raised just under US$500-million last October, provided real-world evidence that investors are once again willing to put money into the right deal. But what is still lacking is a new narrative. Fifteen years ago, miners could point to skyrocketing demand from China to boost the case for industrial metals. Ten years ago, they could point to the supposedly inflationary effects of crisis-era monetary policy to bolster the argument for precious metals.

Today, there's no big, simple story to drive metals prices higher. But there are a number of more specific situations that deserve attention. Here are three key takeaways from the convention:

Gold is so cold

Your granddad's favourite store of value is looking a bit quaint in an era dominated by web giants and cryptocurrencies. Vince Madden-Scott of consultants Wood Mackenzie pointed to several positives around the metal, including a dramatic fall in reserves because of years of underinvestment in exploration, but still offered a neutral to slightly bearish outlook for bullion.

The overwhelming problem for precious-metals fans is that interest rates are on the rise around the world. Higher rates on bonds and savings accounts dim the attraction of a non-yielding asset such as gold. Douglas Silver, a portfolio manager with private-equity firm Orion Resource Partners, said he knows practically no one who expects gold to surge in the short or midterm.

EV stands for everything

That's a joke: EV actually stands for electric vehicles. But as far as many miners are concerned, the worldwide shift to battery-powered cars provides the clearest rationale for venturing into mining. Projected demand from the likes of Tesla has sent prices for once obscure metals such as cobalt and lithium soaring.

The problem is how to invest in these areas. Lithium, a key ingredient in lithium-ion batteries, is found in abundance from hard-rock deposits in Australia to vast brine deposits in Chile, so the issue is not discovering the stuff, but bringing it to market. Alex Laugharne of consultants CRU Group expects today's high prices to fade slightly in the early part of the next decade as many of the projects and expansions announced in recent years begin delivery. Cobalt, another key battery ingredient, is a more interesting case, because current supply looks to be running below projected demand. Furthermore, much of today's cobalt comes from the Democratic Republic of the Congo, a politically unstable jurisdiction.

But it's difficult to invest in cobalt directly because it is usually produced as a byproduct of mining copper or nickel. If demand is as high as many analysts project, the case for cobalt-focused mines in politically stable jurisdictions is going to swell.

Cobalt 27 Capital Corp., listed on the Toronto Stock Exchange, is already offering investors a pure play on the metal by stockpiling inventories of the material and negotiating streaming and royalty arrangements that give it access to amounts produced by other miners as a byproduct. Expect to see other pure plays emerge as well.

Big may be beautiful

While betting on small producers of battery metals has its charms, a more conservative route may be to invest in the world's big, diversified miners.

These miners, including BHP Billiton, Rio Tinto, Glencore and Vale, have shot higher since the industry cratered in late 2016. Despite their impressive gains, many still trade for under 15 times forward earnings while offering dividend yields around 4 per cent.

To be sure, these valuation yardsticks are tough to evaluate in an industry that depends so much on wild swings of commodity prices. But the big miners are diversified and have enormous clout and financial depth. In most cases, they swear they're committed to avoiding expensive new projects and are determined to return their excess cash to shareholders.

For investors willing to tolerate the unavoidable volatility in commodity prices, the diversified giants offer some decent reasons to consider venturing back into mining. 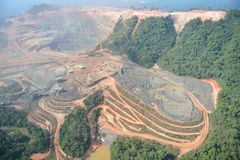 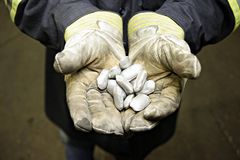