To say that bonds have suddenly become a hot topic is probably an understatement.

Yields on U.S. Treasuries are rising to their highest levels in a year. They are showing no signs of stopping and they are affecting not only bonds themselves but having a profound impact on the stock market too.

Surging yields are forcing investors into a period of uncertainty that is going to challenge many of their assumptions of the past few years. But there's good news here too: The changes have only just begun, giving investors an opportunity to adjust.

Most of the attention right now is centred on U.S. Treasuries, where the yield on the 10-year bond surged above 2.1 per cent last week.

That might not sound like such a big deal on the surface. The yield is just three-quarters of a percentage point above last year's low, and it is still well below the 4-per-cent level it approached as recently as 2010.

But the rise comes amid surprisingly strong U.S. economic news on house prices and consumer confidence, raising expectations that the Federal Reserve could cut back on its extraordinary stimulus measures sooner than expected.

In other words, rising yields are reflecting a new reality – and it is having a profound impact beyond the bond market.

Stocks that had been loved for their stable earnings and big dividends are now being pushed aside in favour of stocks that have a bigger exposure to a humming economy.

Utilities and telecom stocks led the stock market higher in the first quarter of 2013, but are now among the biggest laggards. Techs and industrials, formerly laggards, have been leading the charge in May.

What's interesting is that this shift had been expected for a long time – hey, the economy has to recover eventually and ultra-low bond yields really have just one direction to go – only to surprise just about everyone when the shift arrived at last.

That's not unusual though. Think how long the tech bubble persisted through the 1990s, despite plenty of warnings, before finally bursting in 2000. When the shift arrived, the changes came fast.

I'm not nearly bold enough to declare that the bond market and dividend stocks are due for a similarly profound reversal. Indeed, yields could easily decline again if the economic news turns sour.

But the market's initial reaction to rising bond yields does suggest that investors should prepare for changes ahead.

How? Use the initial impact of rising bond yields as a test for how your portfolio will react to even bigger gains ahead. If you're horrified, perhaps your investments are overweighted in favour of dividend-paying, defensive areas of the market – favourites among investors in recent years, when the global economy couldn't seem to catch a break – and a better balance is needed.

Also, recognize the opportunities. Many cyclical tech and industrial stocks remain relatively cheap and unloved. If the market now embraces them, they won't stay cheap for long.

Even better, some areas of the stock market respond well to rising bond yields. Just as the profitability of insurance companies – including Manulife Financial Corp. – took a beating when yields were falling, rising yields should return many of them to their former glory. 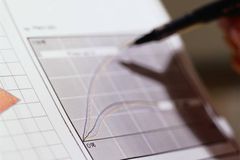 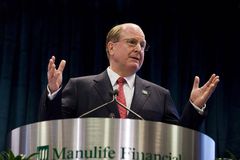 A cautious cheer for U.S. housing revival
Subscriber content
May 1, 2013 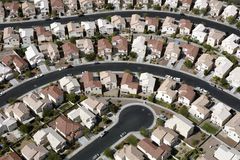 Apple’s bond sale went well, but it's a troubling sign for investors
April 30, 2013 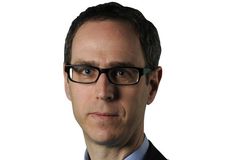