David MilsteadInstitutional Investment Reporter
Special to The Globe and Mail
Published May 6, 2016 Updated May 6, 2016
For Subscribers

Investors love the story behind DH Corp. A company in business since 1875, printing paper cheques, adapts to the changing environment and assembles a suite of technology products to sell to its banking customers. Instead of milking a dying business, the company transforms itself into a growing leader in "fintech," or financial technology.

It's also the kind of story that attracts skeptics, as DH and its investors became painfully aware last fall. A U.S.-based investment firm produced a "short" report that questioned DH's growth prospects and accounting and suggested the shares were worth $23, not the $40 they were at the time. Released in October during the time the walls began crumbling at Valeant Pharmaceuticals International Inc., the 48-page short report helped clip DH shares by more than 20 per cent.

The Toronto-based company has been on the comeback trail ever since – at least, until the company released disappointing first-quarter numbers late last month and provided a surprising explanation for the shortfall. The door has been reopened for doubters, and investors who want to pick up DH at a discount should consider the downsides.

Known until recently as Davis & Henderson, the company still prints cheques for Canadian bank customers, but it's become a small part of the overall business. Today's DH has mainly been assembled through a series of acquisitions over the past decade.

Its lending solutions business is built around "LaserPro," a system that aids in lending and compliance for U.S. banks, with many small to mid-size banks using the product. Its "integrated core" business, also targeting U.S. banks, sells the systems that do transaction processing and other tasks the bank must do each day. And its "global transaction banking solution" (GTBS) business offers technology for larger banks' cash management and transaction processing. (The Canadian business is broken out separately and has elements of the other businesses.)

The deal that's key to the DH story is the 2015 acquisition of Fundtech, the company that makes up the company's global transaction banking business. The idea is that Fundtech, with bank clients much larger than DH's prior customer base, offers an exciting entry point for DH to sell its products and services to new customers.

To deploy this strategy, however, DH had to pay up: At $1.25-billion (U.S.), the purchase price was roughly 20 times Fundtech's 2014 EBITDA, or earnings before interest, taxes, depreciation and amortization. The borrowings needed to complete the deal pushed DH's debt, as compared to its earnings, to all time-highs in 2015. And Fundtech came with a consent order from U.S. banking regulators, who said they had reason to believe it had engaged in "unsafe or unsound banking practices." The directive, issued in December, 2013, is still in place.

A key part of the short thesis from Lawton Park Capital Management, the firm that published the report, is that banking customers would be hesitant to sign up with a vendor under a consent order with regulators, as it would invite unnecessary scrutiny. Lawton Park said it interviewed the chief technology officer of a bank in the U.S. Northeast that was a DH customer who said: "It's hard to leave somebody who you're under contract with – but right now, if it were time to renew, we would not renew with them."

In addition, Lawton Park argued, DH's dominant LaserPro software, which requires on-site hardware at the customer's site and ongoing maintenance, is vulnerable to competition from emerging providers of cloud-based "software as a service."

And, the short-sellers added, the idea of cross-selling information technology services to a bank is "a myth" that "is not nearly the same thing as 'cross-selling' fries to someone who is buying a hamburger."

All told, Lawton Park believed, it was reasonable to forecast that DH would grow its businesses organically – i.e., increase sales without benefit of acquisitions – at rate of 1 per cent a year, not the high single digits to low double digits many analysts and investors expected.

DH chief executive officer Gerrard Schmid said on the company's third-quarter conference call, which was moved up to address the short report, that "the consent order has had no material impact on our ability to grow the Fundtech GTBS business. … We were recently at the Sibos Payments Conference in Singapore and over a four-day period met with over 200 current and prospective customers. At no time was the consent order raised."

Mr. Schmid also said that DH has experience in cloud software among its offerings, and while LaserPro is "on-premise," it has a competitive advantage. An example: After the United States implemented new mortgage-borrowing disclosure regulations, DH "spent over 160,000 hours to ensure that our lending products were compliant … We see this as a competitive barrier to entry to others."

The best answers, however, came in February when DH reported fourth-quarter results that beat analyst expectations for sales and profits across multiple lines of business, particularly Fundtech. "GTBS results should put to rest concerns about the growth in the business," CIBC World Markets analyst Stephanie Price wrote at the time. Said RBC Dominion Securities' Geoffrey Kwan: "We believe this is what is needed to rally the shares."

What DH Corp. absolutely did not need to do, however, was create new worries – which is what it did in April. It missed expectations for EBITDA and had weaker-than-expected revenue. DH said the primary problem, surprising analysts, was lower sales in its U.S. Lending Solutions division due to a lower-than-normal rate of contract expirations (and the attendant renewals) in its LaserPro operations. DH had not previously identified the issue, particularly when it issued 2016 guidance in February, and has not explained why it did not.

The analyst community had been uniformly positive on DH coming into the quarter, with nine buy ratings. Upon the April earnings release, however, two analysts, including Phil Hardie of Scotia Capital, downgraded to hold ratings. "Our key concern in the quarter was the erosion of investor conviction and near-term earnings visibility rather than simply the earnings miss," Mr. Hardie wrote. "We think investor confidence can be regained; however, we expect investors to take a 'show me' approach over the coming quarters."

Indeed, what DH will show in the next year or so will go a long way toward putting the short thesis to rest – or making investors realize there was something to it all along. 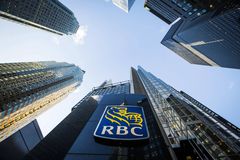 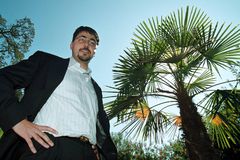