Intelligence is good, but artificial intelligence is even better. That's the essential sales pitch for the AI-driven investment funds that are now marching into the market, offering to manage your money with robot brains.

But investors may want to apply some intelligence of their own before buying in. For starters, there's the basic question of plausibility.

Think about it: If some group had developed a piece of software it was convinced could reliably beat the market, why would it want to share this profit-spinning miracle with average investors?

Furthermore, how likely is it that any AI device can spot money-making opportunities missed by everybody else? Thousands of giant institutions – including hedge funds and sovereign funds with billions of dollars to manage – already deploy an arsenal of advanced technology to keep tabs on markets. Even for a genius machine, it may be awfully difficult to find fresh ideas.

"We figure there are about 700 companies that want to use AI to help spot investing ideas," says Gary Brackenridge, global head of asset management at Linedata Services SA, a Paris-based company that supplies software, including AI products, to financial service companies. "They're all eager to shine a light on dark corners of the market. The basic problem there is that if everyone shines lights into the dark corner, it's no longer a darkened area."

This isn't to say that AI doesn't have enormous potential. But its potential, at least for now, is likely to demonstrate itself in different ways than most people imagine. Instead of creating a software version of Warren Buffett, AI's biggest immediate payoff may lie in more mundane areas, from improving customer service at hotels, to making factories more efficient, to helping your car steer better.

As a result, smart investors may want to consider taking the other end of the AI trade. Rather than becoming a consumer of AI-powered investing advice, why not just invest in the vendors of AI?

Alphabet Inc., parent of Google, is one obvious choice. Other possibilities include Nvidia Corp., which designs microchips used in many AI applications, and IBM Corp., proprietor of the Watson AI platform.

A few ETFs now hold baskets of stocks that could benefit from the AI trend. The Global X Robotics & Artificial Intelligence ETF (Nasdaq: BOTZ) and the Robo Global Robotics & Automation Index ETF (Nasdaq: ROBO) both play to this idea. Meanwhile, the ARK Industrial Innovation ETF (Nasdaq: ARKQ) invests in stocks it believes will profit from advances ranging from AI to 3-D printing.

The drawback is that many stocks in the area are expensive. Nvidia, for example, has nearly doubled over the past year and trades for more than 55 times earnings. So it may pay to look further afield.

Linedata, for instance, is listed in Europe and trades for about 17 times earnings. It is carving out a niche in applying AI to back-office aspects of money management – tasks ranging from implementing trades to regulatory compliance.

These jobs are nowhere near as glamorous as the task of generating new investment ideas, but they account for more than 80 per cent of the cost of money management. "Everybody talks about the sexy part of AI, which is finding some unearthed investment insight," Mr. Brackinridge says. "But we think applying AI to trading and other parts of the investing process will have a more meaningful impact in the near term."

Michael Bishopp, global head of product strategy within the company's scientific active equity team, told a seminar organized by the Canadian Institute of Actuaries that BlackRock is using AI's cousin, machine learning, to monitor Chinese investing sites and satellite images of traffic around Chinese businesses to help it keep tabs on possible investments.

If such moves pay off in enhanced results, BlackRock stock could do well. At 23 times earnings, with a dividend yield of more than 2 per cent, it's one relatively low-risk way to bet on the AI revolution.

A timing tip for AI investments, a tough week for Roots, and how to choose the Robo for you
October 27, 2017 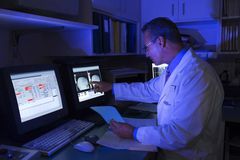 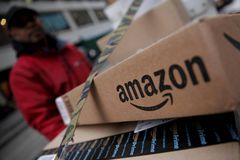