Analysts' ratings: There were 6 buys, 1 hold and no sells, according to Bloomberg data. Target prices ranged from $3.40 a share estimated by Salman Partners analyst Naser Iqbal to $5 a share by Paradigm Capital analyst Daniel Kim.

Recent history: Shares of the Cambridge, Ont.-based satellite equipment maker have surged 94 per cent over the past year on the back of growing orders and backlog. The fortunes of Com Dev appear to have turned around since it began initiating a more disciplined pricing policy after struggling with cost overruns in 2009. Com Dev shares marched to an intraday 52-week high on Wednesday, only days after the company agreed to allow activist shareholder Crescendo Partners LP to nominate three directors to its board at its annual meeting on April 24. The New York hedge fund, which has a 9-per-cent stake in Com Dev, has a reputation of tangling with Canadian technology companies (including 20-20 Technologies, Emergis, Geac Computer, DALSA, Bridgewater Systems, and Matrikon), and pushing for their sale to unlock shareholder value.

Manager insight: Crescendo's appearance on the scene has sparked investor interest because of its track record of increasing shareholder returns, says David Barr, a portfolio manager and chief investment officer with Vancouver-based PenderFund Capital Management Ltd. "A lot of times these small Canadian companies are cheap, and they are going to be cheap forever because nobody is doing anything to increase shareholder value."

Unlike some activist investors who try to spark change quickly, Crescendo is "longer-term focused" and typically obtains board seats to spend two to three years plotting on how to maximize their investment, said Mr. Barr, who is looking at buying Com Dev shares if they fall to $3.50 a share or lower. "A lot of the time, when an activist gets involved, there is a pop in the stock initially, and then trades down as people forget about it. People tend to be shortsighted in the market."

Com Dev is known for its traditional satellite-equipment business, but it also has a lesser-known maritime monitoring subsidiary, exactEarth Ltd., which produces satellites equipped with a system that relays information on ships at sea to coastal authorities. "I think the first step of what they'll do is to try to spin out, or separate the two businesses," he said. "They may try to position the [legacy] company for a sale over the next two years."

ExactEarth may be sold, or spun off in an initial public offering, he suggested. "This is a high-growth business, which is obscured by a very large systems business that sells to prime contractors in the satellite business...The key is that the exactEarth business will be EBITDA [earnings before interest, taxes, depreciation and amortization] positive in 2013."

The new Crescendo board members should get the nod at the annual meeting because Com Dev is supporting it, he said. "I'd be looking at six to nine months from the annual meeting [for a spin off or sale of part or all of the company] because these things take a while," he said. 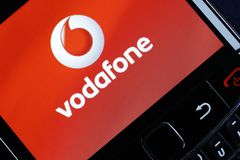 Stock to watch: Sierra Wireless poised for growth as a pure play
March 7, 2013

Stock to watch: Gibson Energy poised to be a dividend gusher
Subscriber content
March 6, 2013
Follow us on Twitter @marketsglobe Opens in a new window
Report an error Editorial code of conduct