Recent history: Speculation about Zecotek Photonics winning a major patent lawsuit has sent its stock climbing 55 per cent over the past year. The developer of photonics technologies for medical, industrial and scientific markets filed a suit in a U.S. court last year alleging that Saint-Gobain Corp. and Koninklijke Philips Electronics NV used its substances and chemical formulations to grow crystals typically used in medical scanning devices. The suit alleges that French-based Saint-Gobain's crystals infringed on Zecotek's patent, while Dutch-based Philips is also named because it used those crystals in the PET scanners that it sells. Zecotek's shares surged after it announced in late May that a pre-trial hearing on the patent dispute was set for July 2 in a U.S. district court. Founded in 2004, the Richmond, B.C.-based company operates three divisions focused on imaging, laser and three-dimensional display systems.

Manager insight: Zecotek's shares could get a further boost should the July hearing provide evidence that it can win its lawsuit, says Steven Palmer, a hedge fund manager and president of AlphaNorth Asset Management Inc. "A prominent law firm has been hired on a contingency basis to represent Zecotek, and believes that it has a very strong case."

A precedent has already been set by a $45-million (U.S.) patent lawsuit win by Germany's Siemens AG in 2008 against Saint-Gobain for an 18-month infringement period, said Mr. Palmer, who has bought Zecotek shares through private placements and on the open market. His average cost is 36 cents (Canadian) a share.

Zecotek's lawyers believe that its lawsuit could garner a damage award of up to $200-million (U.S.), excluding legal fees, by proving that Saint-Gobain was willfully infringing on its patent since 2006, he said. That would be a huge win, given that the company's market value is only $47-million (Canadian), he said. "Its stock could triple from here."

There will not be any verdict at the July hearing, but it could give insight as to the strength of its case before trial, he said. "If we can get some positive data points from the hearing, there is more upside in the stock. ...Sometimes it can lead to an earlier settlement. Trials are very costly, so it is better to settle in advance."

Zecotek does not have analyst coverage, but shares have risen lately in part because the company has been actively telling its story to investors, he suggested. "In Canada these days, resources have not done very well. The new hot area is technology, and biotechnology, which have been on the backburner for the last several years. I think investors are keen to look at some new non-resource ideas."

There are "multiple factors" that could take Zecotek shares higher, he added. For example, the company will benefit from future sales of its crystals manufactured by its partner China-based Beijing Opto-Electronics Technology Co. Ltd. "Some of the components that go into growing these crystals are rare earths," he said. "The good thing about partnering with a Chinese company is that it is partly owned by the Chinese government, which can supply rare earths at a low price. China basically produces most of the rare earths in the world so it is is a good marriage."

Zecotek also has 3D technology, which doesn't require the use of special glasses to view a screen, but its "amazing technology" will require getting a partner to commercialize it, he said. "The neat thing about it is that if you sit on the left side of the room you see one picture, and if you sit the right side you see another picture."

The near-term risk to the stock is losing the patent lawsuit, or a negative outcome for Zecotek arising from the July hearing, Mr. Palmer acknowledged. "I don't believe the odds are very high of that happening." 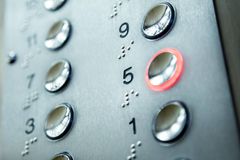 Stock to watch: Cameco shares could double on near-term catalysts
May 11, 2018 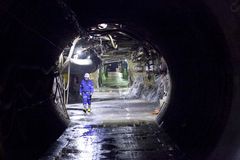 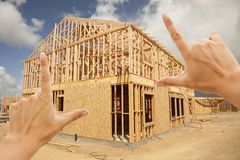