Investors should be wishing fervently for equity market volatility to decline because there's a simple historical chain of events that leads nowhere good for global markets. In previous cycles, rising volatility led to increased corporate borrowing costs, which in turn marked the end of bull market rallies.

Merrill Lynch global derivatives analyst Benjamin Bowler agrees on the importance of interest rates and spreads as an indicator for equities. Mr. Bowler is optimistic about the short-term forecast for equities but notes that his view would turn bearish if volatility spreads to corporate and government bond markets.

So far, high-yield bond spreads have been well behaved despite equity market swings. Credit Suisse believes, however, that weakness in high-yield bond markets will soon be apparent.

In the first chart below, adapted from Mr. Garthwaite's report, it's clear that equity market volatility (measured by 30-day standard deviation) and high-yield bond spreads are linked.

Equity market volatility has been climbing since late October, 2017. From a low of 3.1 on Oct. 20, the trailing 30-day standard deviation for the U.S. equity market has more than tripled to 10.7 thanks to the recent selloff. The historical pattern implies that bond spreads should rise as a result.

The second chart highlights the ability of credit spreads to predict major equity market peaks, as Mr. Garthwaite noted above.

The grey line plots the high-yield bond spread. In the late 1990s, a rapid climb in bond spreads provided warning of the end of the tech bubble and the beginning of a broad bear market.

Spreads also climbed sharply in the lead-up to the financial crisis, jumping from 2.5 per cent in June, 2007, to 4.7 per cent by September, when the serious selling in the S&P 500 began.

The recent spike in equity market volatility is definitely cause for concern but we are not yet at the point when investors need to begin preparing their portfolios for the end of the bull market. High-yield bond spreads remain near postcrisis lows so a major market peak is likely a long ways off.

It is also true, however, that we are probably in the eighth or ninth inning of a prolonged global market rally that began in March of 2009.

For this reason, investors should pay close attention to bond spreads in the coming months (they can be tracked at the Federal Reserve Bank of St. Louis data site). Any prolonged, significant rise in spreads would signal the beginning of the end for the rally, and time to reduce portfolio risk substantially. 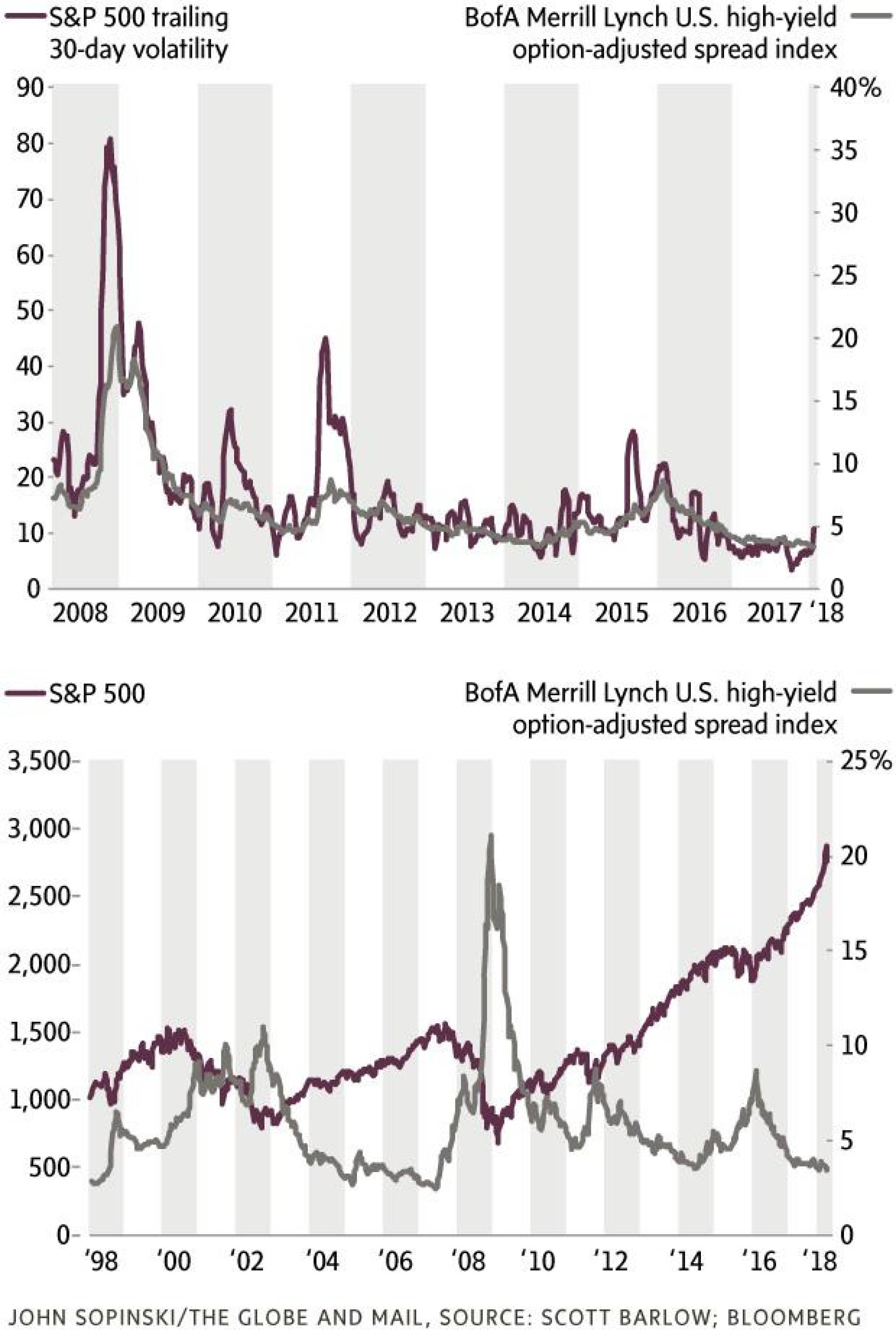