So much for the go-to strategy for playing defence with your bonds in a rising-rate world.

Short-term bonds are supposed to be preferable to longer-term bonds when interest rates are rising.

The price of bonds maturing in one through five years can certainly fall as rates edge higher, but longer-term bonds should do worse.

Oddly, this hasn't happened amid the interest-rate increases since last summer.

If you look at bond exchange-traded fund returns to Jan. 31, you'll find that short-term funds have done worse than more diversified bond ETFs covering the entire bond market, including bonds maturing in five to 30 years.

Bond sensitivity to rising rates is measured through duration as measured in years – the higher the duration, the more risk there is if rates rise.

ZFS and ZPS have durations of 2.6 and 2.9, respectively. While that suggests substantially less sensitivity to rising rates, both have underperformed ZAG significantly in the past year.

ETF industry people have theorized that this anomaly is the result of an usual twist in how the bond market has reacted to rate increases by the Bank of Canada.

The bond market seems unconvinced that we're moving into an economic cycle in which interest rates will consistently move higher. That's why longer-term rates, projecting what's off in the future, aren't moving much.

The net result is that short-term bond ETFs are suffering, while funds with longer-term bonds are holding up well.

How long this inversion of normal bond-market behaviour lasts depends on whether the rising rate trend of the past six months gains momentum or fizzles.

The lesson for investors who want to play defence with bonds is that a short-term bond ETF isn't an ideal solution on its own. It makes sense to think about partnering it with a more diversified bond ETF such as ZAG. 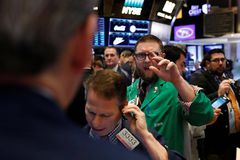