Warren Buffett is "in the house", as his debut tweet declared. That might not be the most amazing declaration with which to kick off his Twitter account, but it was good enough to attract 59,000 followers within one hour – including this humble scribe (no indication yet that Mr. Buffett is thinking about following me back). The number of followers passed 144,000 by the close of the markets.

No doubt, part of the interest in Mr. Buffett's new Twitter account comes from the novelty of seeing the head of Berkshire Hathaway Inc. actually employ modern technology. Previously, he has expressed little interest in even using a computer.

Mostly, though, Mr. Buffett's followers are going to want sizzling content from the sage, as though they were having a one-on-one lunch with the investor: Maybe folksy insights, maybe an investment tip or two, maybe strategies for making them better investors. They could be setting themselves up for real disappointment, though.

Here are three expectations for Mr. Buffett's Twitter feed, along with the likelihood of Mr. Buffett actually meeting them.

1. Tips, tips and more tips
Observers are constantly running stock screens to figure out likely takeover targets for Berkshire's billions. Yet, when takeovers are announced, they invariably surprise just about everyone. Hey, wouldn't it be great if Mr. Buffett used Twitter to give his followers an edge, perhaps with a touch of vagueness to reward the astute?

Like: "Ran out of ketchup this morning. Need more. Charlie agrees." That would be a sure sign that Mr. Buffett and Berkshire vice-chairman Charlie Munger were buying H.J. Heinz Co. – an actual deal announced in February, instantly sending the shares up 20 per cent. Twitter followers need never have to play catchup again! Likelihood: Zilch.

2. Big thought of the day
Besides being the world's most renowned stock-picker, Mr. Buffett is no slouch when it comes to making big-picture pronouncements on the stock market and economy.

In October, 2008, when stocks were in free-fall, he wrote in the New York Times, "I've been buying American stocks.... If prices keep looking attractive, my non-Berkshire net worth will soon be 100 per cent in United States equities." Since then, the S&P 500 has gained 87 per cent, including dividends. And if you question his focus on U.S. stocks, consider that the S&P 500 has outperformed Canada's S&P/TSX composite index by more than 30 percentage points.

3. Investing strategies
Investors love to hear the folksy wisdom of Mr. Buffett, but are usually only treated to it during occasional interviews and articles, along with the Berkshire Hathaway annual meeting in Omaha. Now, they can get the folksy 24/7.

There's a lot of entertainment value here, particularly in zingers like: "I try to buy stock in businesses that are so wonderful that an idiot can run them. Because sooner or later, one will."

But Mr. Buffett can also serve as a source of inspiration to investors, surely raising their abilities if they care to follow the advice: "Be fearful when others are greedy," he once said. "Be greedy when others are fearful." And: "Look at market fluctuations as your friend rather than your enemy; profit from folly rather than participate in it."

That stuff is gold. Likelihood: Medium. Expect folksy wisdom, but not daily. And keep in mind that there is only so much wisdom that can be imparted in 140 characters – even when employing the occasional LOL and IMO. 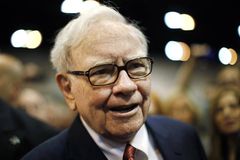 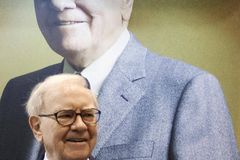