In the wake of the three agreements, Mr. Russo upgraded his rating for Sandstorm to "outperform" from "market perform."

"Our previous market perform for Sandstorm was predicated primarily on our, and we believe, the market's overall perception of its portfolio of stream and royalty assets, including the strength of its counterparties, combined with some past deals that lacked a meaningful positive impact on the stock," said Mr. Russo. "With the incorporation of the Yamana mines into its portfolio, coupled with the addition of Diavik earlier this year, the make-up of Sandstorm has changed and our confidence grows as we believe these recent deals present favourable terms for Sandstorm shareholders. Our estimates foresee increasing free cash flows that should enable rapid deleveraging and a period of surplus cash generation for the company."

Mr. Russo said Sandstorm is becoming larger and more diversified with the deals. He noted 75 per cent of its cash flow comes from mines with greater than five years of mine life remaining and 50 per cent coming from mines with more than 10 years.

"We view the cost profiles of those mines' cash flows as competitive in a low commodity price environment," he said.

He said the company's transactions "stack up well" against recent sector deals, estimating the Yamana deal alone equates to an internal rate of return of 7 per cent and a payback of eight years based on his price deck.

"Sandstorm remains notably discounted to its larger streaming peers despite its improving portfolio differences," said Mr. Russo. "We believe it can take advantage of that disconnect – particularly as its peers wrestle with their own respective obstacles."

"The sharp sell-off appears to reflect negative broader market sentiment and frustration with the last few disappointing quarters, as well as concerns over Calgary office exposure and a premium valuation relative to other Canadian REITs," said Mr. Avery.

The real estate investment trust reported third-quarter funds from operations of 55 cents per unit, an increase of a penny from the same period in 2014 but below the analyst's 56-cent estimate. He said the FFO growth was largely derived from acquisitions and development projects, though partially offset by a 4.7 per cent same property net operating income as well as higher expenses and unit count.

"In Q3/15, for the third consecutive quarter, Allied reported negative SP-NOI growth, at -4.7 per cent, or down a less dramatic -0.4 per cent including development completions," said Mr. Avery. "Tenant failures in Vancouver, stubborn retail vacancies in Calgary, lower tenant recoveries in Toronto, and arranged vacancies in Montreal from redevelopment activities were all contributors. Volatile SP-NOI is not new to Allied, and reflects the REIT's dynamic portfolio and strategy, as well as willingness to incur short-term vacancy for value-creation purposes."

He pointed to three areas of investor concern: guidance for a "slightly slower" lease-up at its 250 Front Street West property in Toronto; guidance for slightly lower FFO growth in 2015 and 2016; and its exposure to Calgary offices, which could see leasing headwinds based on an "increasingly challenging" market.

Mr. Avery added: "While Allied's growth can be lumpy and sometimes unpredictable, we expect its growing track record of value creation should more than offset modest volatility in quarterly results, as more projects are delivered. The REIT continues to offer: 1) the lowest leverage among its peers; 2) unrivaled development and intensification opportunities within its portfolio; 3) a management team that has proven to be prudent and conservative in managing risk; and, 4) the highest FFO and net asset value growth prospects of any large-cap Canadian REIT, all at a reasonable price."

"While we expect near-term concerns could continue to weigh on unit price in the near term (particularly challenging Calgary office market conditions), we expect the units currently offer exceptional value for medium- and long-term investors," he said.

He described the company's third-quarter results as a "strong performance buy no major surprises." It reported EPS of $1.56, a cent better than Mr. Tyerman's estimate and two cents better than the consensus. It was an increase of 29 per cent year over year.

He added: "We project 16.3-per-cent EPS growth for 2015-17 from good revenue growth (17.1 per cent per year over 2015-17) and slight margin compression from the current very high level. Growth should come from good organic growth plus the Montupet acquisition.

Maintaining his "buy" rating for a "solid growth, value combination," he increased his target price for the stock to $89 from $81. The average is $92.25.

TD Securities analyst Brian Morrison downgraded his rating to "hold" from "buy" and lowered his target to $85 from $86.

Intact reported operating EPS of $1.47, missing both Mr. MacKinnon's estimate of $1.65 and the consensus of $1.62. The analyst pointed to the weather as the cause of the miss, "as several non-catastrophe weather events, other large losses and the remaining impact of Atlantic storms earlier this year took a larger toll on results than expected."

He added: "A miss is a miss, even if weather related. But more importantly, we do not view the modest miss as indicative of any structural changes to the IFC story. Underlying combined ratios were essentially in line with our estimates in all business lines except personal property (23 per cent of the business) where 7 points of a 9-point difference in the underlying combined ratio was due to several non-catastrophe weather events and other large losses. "

Mr. MacKinnon reduced his 2016 EPS  estimate $6.75 from $6.83 "to reflect 50 basis point increase in the [combined ratio] for personal auto to reflect the potential negative impact of any continued increase in frequency, offset by a 0.5 per cent increase in net premiums earned to better top-line growth."

The communications technology company reported revenue of $21.4-million, in line with the consensus expectation of $22.2-million. Adjusted earnings per share of 10 cents also topped forecasts of 8 cents.

Yet Mr. Taylor said those results were overshadowed by several corporate announcements, including "significant" restructuring, which will affect approximately 30 per cent of its work force and is expected to reduce cash operating expenses by $8-10-million (U.S.) annually, and a 76-per-cent dividend cut (to 5 cents per share annually from 21 cents).

"While the pace of new patent licensing agreements has been brisk, the decline in backlog to $190-225-million (versus $225-325-million as of Q4/14) is concerning," said Mr. Taylor. "Combined with ongoing risk related to U.S. patent reform legislation, there remains low visibility to the near-term revenue outlook. We have trimmed our top-line expectations; we now model an 8-per-cent revenue decline in 2016 estimated revenue."

"Wi-LAN closed the quarter with $95.6-million in cash (C1.04/share). While we had flagged balance sheet stability as a risk, the size and timing of the dividend cut was not anticipated. Potential changes to the patent litigation environment could require losing parties to be liable for the opposition's legal costs. Wi-LAN believes it must maintain more cash to insulate it from this risk."

"The stock trades at a very inexpensive 2x 2016 estimated EBITDA," the analyst said. "However, until we have better clarity on the future of Wi-LAN in the new patent litigation reality, we believe depressed valuations are likely to persist."

AVG Technologies NV (AVGO-Q) was downgraded to "neutral" from "overweight" at JPMorgan by equity analyst Sterling Auty. The 18-month target price is $24 (U.S.) per share.

Emerson Electric Co (EMR-N) was downgraded to "hold" from "buy" at Societe Generale by equity analyst Henry Kirn. The 12-month target price is $52 (U.S.) per share.

Expedia Inc (EXPE-Q) was raised to "outperform" from "market perform" at Oppenheimer by equity analyst Jed Kelly. The 12-month target price is $157 (U.S.) per share.

Gibson Energy Inc (GEI-T) was downgraded to "hold" from "buy" at TD Securities by equity analyst Linda Ezergailis. The 12-month target price is $18.50 (Canadian) per share.

KeyCorp (KEY-N) was raised to "positive" from "neutral" at Susquehanna by equity analyst Jack Micenko. The 12-month target price is $16 (U.S.) per share.

Microchip Technology Inc (MCHP-Q) was raised to "buy" from "neutral" at B. Riley by equity analyst Craig Ellis. The 12-month target price is $60 (U.S.) per share.

Shopify Inc (SHOP-N) was raised to "outperform" from "sector perform" at RBC Capital by equity analyst Ross Macmillan. The 12-month target price is $39 (U.S.) per share.

Sun Life Financial Inc (SLF-T) was downgraded to "neutral" from "outperform" at Macquarie by equity analyst Jason Bilodeau. The 12-month target price is $48 (Canadian) per share.

Cimarex Energy Co (XEC-N) was downgraded to "hold" from "buy" at Wunderlich by equity analyst Irene Haas. The 12-month target price is $122 (U.S.) per share. 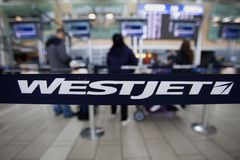 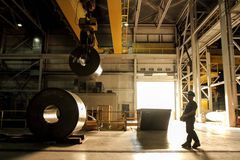 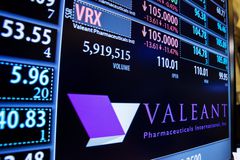