While conceding operating results are not likely to improve any time soon at Sears Canada Inc., CIBC World Markets analyst Perry Caicco thinks investors would be wise to load up on the struggling retailer's shares.

He initiated coverage on Sears Canada today with a "sector outperformer" rating, believing its share price does not fully reflect the value of its real estate leases that could still be sold.

"There is over $18 per share of real estate yet to be monetized and the company's recent property sales have put about $7 per share of cash on the balance sheet," Mr. Caicco said in a research note. "Other businesses are worth over $1.00."

Its total liabilities are about $4 per share. This all nets out to about $22 per share in value. He applied a 5 per cent discount to that tally, to come up with a $21 price target.

Sears Canada's struggles with getting enough consumers into its stores are well known. But Mr. Caicco notes that the company has no material creditors, so there is no risk of bankruptcy.

"A renewed commitment to serious cost-cutting should prevent EBITDA from dropping below zero. As sites are vended, keeping the operation above water is the challenge," he commented.

Sears Canada, which last week agreed to sell five leases back to landlords for $400-million (Canadian), is not widely covered on the Street. The other analyst who follows the stock, Keith Howlett of Desjardins Securities, has a "hold" rating and $14.50 price target.

In early trading today, Sears Canada shares were up 0.6 per cent at $14.60 on the Toronto Stock Exchange.

Mr. Ghose, who cut his rating on the Quebec-based company to "hold" from "buy," expects its cable subscriber losses to accelerate as Internet and telephone growth slows or declines. He expects Quebecor's third-quarter revenues will be just 0.9 per cent higher, year over year, when the company reports on Nov. 7. He projects a 4.5-per-cent rise in earnings before interest taxes and depreciation and amortization.

The third quarter "is seasonally strong for Videotron, as June 30 is the traditional move date in Quebec. But while we expect 32,000 [customer] net additions, this is well below the 69,800 in Q3/12 and our estimates may be too high," Mr. Ghose wrote in a research note.

After a 40-per-cent rise, shares in MacDonald Dettwiler and Associates Ltd. have been downgraded to "hold" from "buy" at Industrial Alliance Securities.

The surveillance and communications company based in Richmond, B.C., recently missed forecasts for revenues and profit as satellite contracts slumped and key projects were delayed. Analyst Al Naraj said the company is seeing strong demand in the United States, Russia and Brazil and is expected to continue to grow.

The company "is actively looking for small and big acquisitions that will complement its product lines. Such acquisitions can further accelerate growth in their domestic and international markets," Mr. Naraj wrote.

Michael Mills of Beacon Securities upgraded Foraco International SA to "hold" from "sell" after the company made strides in the last quarter to repay its sizeable debt.

Though earnings are still down from the year before, the company has generated positive cash flow and has improved its EBITDA margins.

"Though not out of the woods by any stretch, FAR has reduced fixed costs to match the new reality while still retaining its global footprint," said Mr. Mills, adding that he did not expect positive earnings or dividends being paid.

"While we do believe there is above average risk in this story, largely due to the balance sheet leverage, with the stock plumbing multi-year lows we think we are nearer a good risk/reward entry point," he said.

Despite a gain in third-quarter profits, Kellogg Co.'s rating was downgraded to "hold" from "buy" by Deutsche Bank analyst Eric Katzman in light of the company's restructuring announcement Monday.

The company revealed a four-year plan to reduce overhead costs which will see a slash of seven per cent of its global workforce.

Though Mr. Katzman said he believes the restructuring is "logical and necessary," a lack of visibility into 2014 leads him to remain cautious.

"Long-term growth in global cereal and snacks are compelling but it's clear greater investment is required," he said.

RBC Dominion Securities raised its price target on Pembina Pipeline to $40 (Canadian) from $37 and maintained an "outperform" rating.

Cantor Fitzgerald Canada raised its price target on Open Text to $80 (Canadian) from $70 and maintained a "hold" rating.

Canaccord Genuity raised its price target on GT Advanced Technologies to $13 (U.S.) from $10 and maintained a "buy" rating. 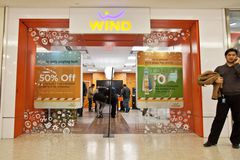