Shares in Alcoa Inc. surged in early trading after JPMorgan upgraded the stock to "overweight" from "neutral" and significantly boosted its price target.

JPMorgan analyst Michael F. Gambardella said aluminum markets are getting increasingly tight and physical premiums for metal are on the rise.

He increased his 2014 earnings estimate on Alcoa to 78 cents -- or roughly double the Street consensus -- from 40 cents a share.

"While LME aluminum prices have remained relatively flat (currently at $0.81/lb) despite the tightening physical market, regional premiums have been escalating rapidly over the past several weeks," he said. "The Midwest premium has increased from roughly $0.12/lb at the end of the year (after having averaged $0.11/lb in 2013 and $0.10/lb in 2012) to roughly $0.20/lb now."

"Given the pace and amount at which premiums have recently increased, it is clearly difficult to forecast for how long they will remain near current levels, which we believe provide a significant amount of earnings support to the company's primary aluminum smelting operations," Mr. Gambardella said.

He raised his price target to $15 (U.S.) from $9. The average target among analysts is $8.70, according to Thomson Reuters data.

Shares are up nearly 6 per cent in early trading.

Mr. Arthur raised his price target to $101 (U.S.) from $93 while maintaining an "outperform" rating.

He said the new balance sheet strategy suggests Magna is gearing up to deploy up to $5.2-billion in cash over the next two years. Depending on the level of acquisitions and share repurchases, he sees the strategy leading to a boost in earnings per share of between $1 to $2.50.

"MGA shares have somewhat closed the valuation gap to most peers, though still trade at an attractive 5.6x 2015E EBITDA vs. the group average of 5.9x," Mr. Arthur said in a research note. "With MGA's earnings growth outlook, diversification, global footprint, dividend and balance sheet, we believe that MGA should trade at least inline, if not at a small premium, to this group."

"Over the course of 2014 and 2015, we expect Lundin to begin realizing significant cash flow growth, benefiting from higher cash distributions from Tenke (net of the Kokkola cobalt refinery purchase), high-grade driven cash flow from Eagle, and an improving zinc price coupled with higher zinc production out of Neves Corvo. As a result, we expect its share price to move higher and we recommend buying the stock," analyst Alex Terentiew wrote in a research note.

Lundin may also benefit from an unexpected boost from its nickel operations, after Indonesia banned exports of unprocessed nickel ore, he said.

Global Hunter Securities analyst Sameer Uplenchwar upgraded Canadian Natural Resources Ltd. to "buy" from "accumulate," believing the company will be the primary beneficiary of improving differentials between light and heavy oil over the next 18 to 24 months. He also thinks the company's diversified asset base should deliver significant shareholder value over the long term.

"Management has shown confidence in the company's expected strong cash flow growth by proactively increasing the dividend by 60 per cent with third-quarter earnings," StreetInsider.com quoted Mr. Uplenchwar as saying. "We expect skeptics on the story to turn into believers as operational performance at Horizon Phase 1 as well as future expansions continue to improve."

National Bank Financial upgraded CAE to "outperform" from "sector perform" and raised its target to $17 (Canadian) from $12. It cited a record year for orders for full-flight simulators, more certainty in the military market, and the expectation of better results in CAE's training business. Also, BMO Nesbitt Burns raised its target on CAE to $15 from $13.50 and maintained an "outperform" rating.

Credit Suisse upgraded Paladin Energy to "neutral" from "underperform" and raised its price target to 70 cents (Canadian) from 55 cents.

BMO Nesbitt Burns raised its price target on Raging River Exploration to $9 (Canadian) from $7.50 and maintained an "outperform" rating.

AltaCorp Research upgraded Rock Energy to "outperform" from "sector perform" and raised its price target to $5 (Canadian) from $3.75.

Cowen downgraded Target to "underperform" from "market perform" and cut its price target to $47 (U.S.) from $66.

Goldman Sachs downgraded Starbucks to "buy" from "conviction buy" and cut its price target to $86 (U.S.) from $91.

Barclays raised its price target on Herbalife to $94 (U.S.) from $78 and maintained an "overweight" rating.

Goldman Sachs upgraded Burger King Worldwide to "conviction buy" from "buy" and raised its price target to $28 (U.S.) from $25.

Sterne Agee upgraded The Gap to "buy" from "underperform" and boosted its price target to $44 (U.S.) from $38.

Merrill Lynch downgraded SanDisk to "underperform" from "neutral" and cut its price target to $65 (U.S.) from $75.

With contributions from Sonali Verma 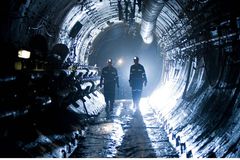 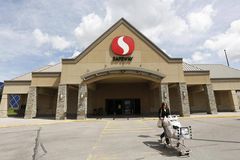