The time has arrived for optimism in the base metals sector, said Dundee Securities analyst Joseph Gallucci, who expects producers of such metals as copper and nickel to strongly outperform the broader market over the next 12 to 18 months. He raised his price targets on the Canadian mining companies he covers.

Base metal stocks are trading at a discount to other TSX sectors on a price-to-earnings and enterprise value-to-EBITDA basis, which is not unusual for the highly cyclical sector. However, Mr. Gallucci believes the three-year bear market for base metals ended in July of last year, when prices bottomed, paving the way for improved valuations to come.

He predicts a rotation away from energy stocks - which have been strong performers this year - into base metal producers. While the sector is highly dependent on the global economy, he notes that Chinese gross domestic product appears to be growing at 7.5 per cent, in line with the Chinese government's target. Although skepticism remains, mini-stimulus packages seem to be offsetting weakness in the construction sector and worries over shadow baking defaults in the country. For their part, U.S. and Japanese economies and expanding again.

Meanwhile, the supply side is suggesting the worst is over for base metals. With copper and zinc inventories down 70 per cent and 35 per cent, respectively, over the last 12 months, total base metals inventories, excluding aluminum, are back down to 2012 levels. Recent merger and acquisition activity in the sector suggests sentiment is beginning to improve, and oil prices have weakened recently - a positive for miners, he points out.

"In an environment where the outlook for the global economy and base metal prices are improving, increased valuations are fundamentally driven," said Mr. Gallucci. "We believe mining stocks will see valuation multiples expand and the sector will outperform the S&P TSX index."

Among the stocks seeing the biggest price target hikes by Mr. Gallucci were First Quantum Minerals Ltd., rising to $30 (Canadian) from $25. His other preferred equities in the sector are Lundin Mining Corp., Capstone Mining Corp. and Trevali Mining Corp.

At least seven brokerages initiated coverage on GoPro Inc. today, the popular maker of cameras used by action junkies to record video which made its market premier last month.

The initial public offering of GoPro was priced at $24 (U.S.), the high end of the expected price range. Investors have since bid up the stock's price to around $42, and that has many analysts concerned there isn't much upside left.

JPMorgan and Piper Jaffray started coverage with the equivalent of a buy rating; Barclays, Baird, Stifel, Citigroup, and Raymond James assigned the equivalent of hold ratings. Barclays target is $45 (U.S.), JPMorgan $51, Baird $43 and Citigroup $42. The average price target is now $45.29, according to Bloomberg data.

"We believe GoPro is an atypical consumer electronics company, because it has successfully differentiated through the content and engaging experiences it enables, not through the wearable capture device itself," commented Citigroup analyst Jeremy David. "In turn, the GoPro brand commands a premium in the action camera market and hardware-based differentiation becomes secondary, reducing the ability of competitors to grab market share away. Our proprietary survey reveals that 72 per cent of consumers who plan on getting an action camera and have a brand/ model in mind are going to purchase a GoPro."

But Mr. David sees limitations to sales of GoPro, and notes that valuations of the stock are running very high ahead of the launch of a much-anticipated new model.

Industrial Alliance Securities upgraded Major Drilling Group International Inc. to "buy" from "hold" and raised its price target to $9 (Canadian) from $8.50 after the company announced it is acquiring Taurus Drilling Services for nearly $28-million in cash, shares and assumed debt.

"This move improves the MDI stock upside potential, due to greater revenue visibility and a slightly lower risk, while still maintaining balance sheet strength and support of the dividend," he said.

Total Energy Services Inc. stock has been on a run the past few months, limiting the potential upside over the next year, CIBC World Markets analyst Jon Morrison said.

The oilfield services company's share price is up by about 19 per cent since the start of the second quarter, leading the analyst to downgrade the stock to "sector performer" from "sector outperformer" while increasing his price target to $26.50 (Canadian) from $25.50.

Mr. Morrison emphasized that the downgrade is a result of Total's relative returns.

"We continue to have a constructive outlook on the company and view Total as one of the best-run oilfield services companies in Canada," he said.

The analyst consensus price target for Total Energy Services over the next year is $24, according to Thomson Reuters data.

The analyst said he views Allana as "the world's leading junior potash play," and reiterated a "buy" recommendation and $1.15 (Canadian) price target.

"We believe Allana shares offer a highly compelling risk versus reward trade-off with potential for a near-term jump on a take-out bid or a multiplying in value longer term with project development," Mr. Prattas said.

The analyst consensus price target over the next year is $1.10.

M Partners initiated coverage on RDM Corp., a provider of solutions to the electronic commerce and payment processing markets, with a "buy" rating and one-year price target of $4.25 (Canadian).

"The adoption rate for the company's technology is rising and we expect there will be more upside based on  market awareness which will lead to higher valuations," said M Partners analyst Manish Grigo. "Within the last few years the mid-tier payment processing space has seen some consolidation. RDM would be an attractive acquisition target for companies with established relationships with financial institutions looking to expand services and thereby increase their market share. RDM has a clean balance sheet with $0.95/shr in net cash and an improving EBITDA margin."

The analyst consensus price target over the next year is $4.13.

Mr. Ju increased his second-quarter advertising revenue forecast by about 3 per cent to $2.52-billion - primarily due to increases for sponsored stories and mobile app install ads.

He maintains his "outperform" rating and $90 (U.S.) target price. The analyst consensus price target over the next year is $78.12, according to Thomson Reuters.

Raymond James upgraded Toromont Industries to "outperform" from "market perform" and raised its price target to $29 (Canadian) from $26.

Dundee Securities downgraded its rating on RB Energy to "neutral" from "buy" and cut its price target to 80 cents (Canadian) from $1.70 on news of production delays from the company's lithium plant.

JMP Securities upgraded Apple to "market outperform" from "market perform" with a price target of $135 (U.S.). UBS also raised its price target to $115 from $100 and maintained a "buy" rating, citing increased confidence in the company posting better-than-expected gross margins.. 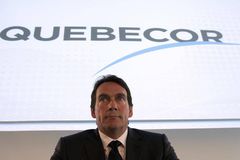