At least 10 analysts raised their price targets on Apple Inc. after the tech giant beat Street profit and revenue expectations in its latest quarter, largely thanks to strong demand for its new iPhones.

Apple reported fiscal fourth-quarter sales of $42.1-billion and earnings per share of $1.42, surpassing the consensus of $40.0-billion and $1.30, respectively. The company sold 39.3 million iPhone units.

"This was a strong set of results as Apple delivered a clean beat both for the September quarter and December guidance," commented Goldman Sachs analyst Bill Shope. "Importantly, gross margins were in-line to modestly better than expected, which we think should serve to offset a key bear concern on margin pressure from the new product ramp."

Goldman Sachs raised its earnings estimates for Apple going forward, as did Canaccord Genuity. "Consistent with our surveys indicating very strong global iPhone 6 demand with limited supply, Apple issued strong Q1/F'15 EPS guidance slightly above our estimates as Apple is currently selling all iPhone 6 devices it can produce," commented Canaccord analyst T. Michael Walkley. "We maintain our expectations for a record iPhone 6 upgrade cycle driven by strong replacement sales to existing iPhone customers and strong high-end smartphone market share gains due to our surveys indicating a greater mix of Android smartphone consumers switching to the iPhone 6 smartphones than during the iPhone 5 series launches."

Apple posted its strongest growth in Mac computer shipments in years during the September quarter, even as sales of its iPad, which helped launch the mainstream tablet market in 2010, slid for a third consecutive quarter.

"Still, we believe Apple will reverse the trend on the iPad with its recent product refresh and also believe that the Mac product line will continue to gain market share against its PC rivals," analysts at William Blair said.

Apple, last week launched it's faster and slimmer iPad Air 2 with a fingerprint sensor, hoping to attract consumers for the holiday shopping season.

According to StarMine data, 16 analysts rate the stock "strong buy," 25 rate it a "buy," nine rate it a "hold," and just one analyst rates it a "sell."

International Business Machines Corp. was hit with a wave of price target cuts after the company missed big on third-quarter earnings and abandoned its earnings goal for 2015.

In mid-day trading, IBM stock is down by 11 per cent since the Monday earnings release.

The recent stock slide has made SNC-Lavalin Group Inc. considerably more attractive, but not yet cheap enough to buy into, said Raymond James analyst Frederic Bastien.

Since early August, the stock is down by almost 20 per cent, but "a poor track record from the Infrastructure & Construction division leaves it in the 'show-me' camp," Mr. Bastien said. "Also weighing on our minds is the recent slide in [energy] prices and the related implications this may have on SNC's enlarged oil and gas business."

He maintained a "market perform" rating on SNC's stock and a $56 (Canadian) price target. The analyst consensus price target for SNC-Lavalin Group Inc over the next year is $63.02, according to Thomson Reuters data.

Methanex Corp.'s vulnerability to low oil prices has made the company's stock one of the correction's bigger losers. But the selloff has been excessive, said Raymond James analyst Steve Hansen.

The company is a pure-play producer of methanol, one use for which is as a substitute or additive to gasoline. So demand for methanol tends to rise along with the price of oil.

The recent decline in energy prices clearly raised investor concerns about Methanex, which is down by 18 per cent since mid-September. The same concerns justified a target price cut to $80 (U.S.) from $87.

Even his reduced target represents a return of about 40 per cent from Methanex's current share price. As a result, Mr. Hansen reiterated his "strong buy" rating.

The analyst consensus price target for Methanex over the next year is $74.50 (U.S.).

"While domestic US cheese prices remain at elevated levels, the pressure of global dairy prices is expected to force them lower by early 2015," he says. "Saputo is insulated in large measure, however, as the great majority of its profits are generated within the regulated US and Canadian markets. The company will also obtain the benefit from recent rationalization of plants and distribution centres within the US and Canada, and improved operational performance at Saputo Dairy Foods (the acquired Morningstar business)."

Mr. Howlett maintains his "hold" rating and cut his price target to $34.00 (Canadian) from $35.50. The analyst consensus price target is $34.28, according to Thomson Reuters.

"While Twitter has many of the attractive growth characteristics we like, we believe it's current valuation already reflects long-term bull-case assumptions for key metrics like user growth and monetization," analyst Mark May said in a note initiating coverage.

A recent Citibank survey of Internet users concluded that Twitter's stock already is pricing in the upper limit to user growth.

He placed a $53 (U.S.) price target and a "neutral" rating on Twitter's stock. The analyst consensus price target for Twitter Inc over the next year is $53.97.

Global Hunter Securities upgraded Devon Energy to "accumulate" from "neutral" with a price target of $68 (U.S.).

Credit Suisse cut its price target on Halliburton to $79 (U.S.) from $95 and maintained an "outperform" rating. 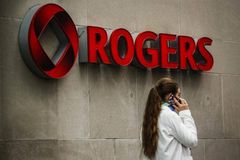 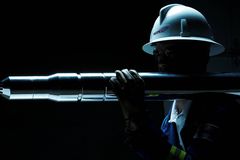