Mercator Minerals Ltd. said it has filed notice that it plans to restructure under the Canadian Bankruptcy and Insolvency Act, after other efforts to resolve its financial difficulties - including the possible sale of the company - failed.

The TSX has suspended trading in its shares as it reviews its listing requirements.

The company and its financial adviser have been actively considering options over the last few weeks. Several proposals that would have avoided the bankruptcy restructuring filing were turned down by its lenders, the company said.

Today's filing provides the company with the opportunity to avoid bankruptcy and may allow creditors to receive some form of compensation, it said.

But, "There can be no guarantee that the company will be successful in its restructuring efforts," Mercator cautioned in a statement. "Failure by the company to achieve its financing and restructuring goals will likely result in the company becoming bankrupt."

Athabasca Minerals Inc. has received approval from Alberta Environment and Sustainable Resource Development to remove sand for a parcel of land at its Firebag Silica Sand project for a period of 10 years.

The land will provide several years of raw silica sand resource to be utilized as frac sand in the oil and gas industry. The 80-acre parcel is the first phase of development of the overall 500 acre Firebag Silica Sand Project.

Dom Kriangkum, CEO of Athabasca Minerals, commented, "Through our analysis and discussion with end users, we believe that Athabasca can become an Alberta based industry leader by supplying high quality local frac sand to a growing Canadian market on a long term basis. Athabasca's Firebag Silica Sand Project is located in close proximity to western Canadian oil and gas exploration and development projects currently using frac sand from suppliers outside of Canada."

Shares in the company are up 25 per cent in late afternoon trading on the TSX Venture Exchange.

NuVista Energy Ltd. announced that it has signed an agreement to purchase 12.5 gross sections of Wapiti Montney acreage in Alberta for $35-million. The company says it plans to drill up to two wells on the block in 2015. NuVista also announced that it has entered into subscription agreements to complete a non-brokered private placement, selling 2.4 million shares for up to $29.4-million.

The analyst said the deal could indicate that either NuVista is going to get more aggressive about establishing midstream solutions, or the company is trying to increase its value in anticipation of interest from a potential purchaser.

Mr. Molnar raised his price target on NuVista's stock to $15.25 (Canadian) from $13.75, while maintaining an "outperform" rating.

In mid-morning trading, NuVista shares were up about 7 per cent at $11.65 on the TSX.

Kirkland Lake Gold Inc. announced recent drilling results that have expanded the mineralization associated with the South Mine Complex on both the South Claims and the HM claim at its Ontario property. The near surface drilling program has intersected new high-grade lenses within 360 feet of surface, the company said.

M Partners analyst Derek Macpherson raised his price target on the Kirkland Lake Gold to $6.30 (Canadian) from $5.70 and reiterated a "buy" rating in reaction to the news. "Kirkland Lake released drill results from the near-surface exploration target which support our view that a throughput expansion is likely," he commented in a note. "These results returned a weighted average grade of 60.4 g/t (1.8 opt) over an average width of 0.4m (1.5 ft) which compares favourably to the current indicated resource grade of 11.7 g/t (0.34 opt). We currently assume this near-surface area starts feeding the mill in fiscal 2018 at 250 tons per day; however, the continued drilling success could support increased throughput."

"We have increased our multiple based on improving confidence in operations at Kirkland Lake. Kirkland Lake currently trades at 7.5x fiscal 2015 EBITDA which compares to peers at 9.2x for the most comparable year. We believe the discount relates to the company's current breakeven cost structure; as Kirkland puts together multiple quarters of improving grades and costs, investor confidence is likely to grow and the stock should re-rate towards peers," the analyst added.

Immunovaccine Inc., a clinical stage vaccine and immunotherapy company, has entered into an underwriting agreement to sell 9,153,300 units at a price of 95 cents a unit, to raise $8,695,635. Each unit will consist of one common share in the share capital of Immunovaccine and one-half of one common share purchase warrant. Each whole warrant entitles the holder thereof to purchase one additional common share upon payment of the exercise price of $1.24 per warrant during a period of 18 months after the date of closing of the offering.

Shares in the company are down 22 per cent in late afternoon trading on news of the offering.

Asanko Gold Inc. announced that it has entered into a settlement agreement with a private Ghanaian company, Goknet Mining Company, to eliminate Goknet's claim for a 2 per cent net smelter return royalty on Phase 1 of the company's flagship Asanko gold mine project The only material royalty now applicable to Phase 1 of the project is the government of Ghana's 5 per cent NSR royalty, the company said.

Goldsource Mines Inc. announced the Guyana Geology and Mines Commission has granted a mining permit for a 250-hectare portion of Goldsource's Eagle Mountain gold deposit. The permit grants permission to mine gold, diamonds, precious metals and precious minerals within the Permit area located in Potaro Mining District No. 2.

Ceiba Energy Services Inc. reported that its second-quarter revenues increased 193 per cent to $1.8-million compared to a year earlier. The company said that the results were mainly due to strong producer drilling activities in Q1, leading to strong production in Q2. Shares have risen 176 per cent so far this year.

Smoothwater Capital Corp. announced that one of its partnerships has acquired an additional 330,900 shares of Equity Financial Holdings Inc., increasing its stake in the company to 19.96 per cent of common shares.

The CFA prepares the way for a full Cooperation Agreement to be completed and signed shortly. That agreement will provide for the manufacturing, marketing and sale by Spaceon of Star's STAR-ISMS Lite system in China, and for the joint research and development of new products.

With a contribution from Tim Shufelt 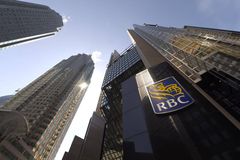