Cominar Real Estate Investment Trust has purchased a portfolio of shopping centres and office buildings in a deal worth approximately $1.63-billion from Ivanhoé Cambridge, the real estate subsidiary of the Caisse de dépôt et placement du Québec. The properties are located in Quebec and Ontario. In order to help fund the buy, Cominar said that it would issue $500-million worth of new units, with half of that to be bought by Ivanhoé Cambridge. The company will also receive additional $250-million in financing from Otéra Capital, the commercial real estate financing subsidiary of La Caisse.

Cowen & Co. analyst Charles Neivert commented that the curtailments are only a temporary blip and Methanex's long-term growth story remains intact. "We view the news as only slightly incremental as we were already assuming about 10 per cent curtailments in the region. Additionally, the impact of lost volume may be partially offset by increased methanol pricing from the supply constraint," he said. Nr. Neivert maintained an "outperform" rating and $78 (U.S.) price target.

Shares in Methanex are down 1.8 per cent in early TSX trading.

Milestone Apartments Real Estate Investment Trust announced that it has filed for a final base shelf prospectus so that it can more quickly access capital when market opportunities permit.

The shelf prospectus is valid for a 25-month period, during which time the REIT may offer and issue, from time to time, trust units, debt securities, warrants and subscription receipts, or any combination thereof, having an aggregate offering price of up to $650-million (Canadian).

Melior Resources Inc. announced the commencement of the restart and upgrade of the Goondicum mine. The efforts are intended to increase throughput at the processing plant by 50 per cent and involves the construction of a new access road to the mine and installation of addition equipment to enhance product quality.

Mr. Kennedy notes that Acadian is the only publicly traded private timberland company in Canada and owns 1,062,000 acres of timberlands in New Brunswick and Maine. "We believe Acadian is a good, steady state cash generator with modest upside assuming improved sawlog prices in coming years," he says.

He also mentions that Acadian's dividend yield of 6 per cent is a 225-basis point premium to U.S. timber REITs at 3.75 per cent.

Mr. Kennedy has assigned a $15 (Canadian) price target to Acadian. The analyst consensus price target is $13.83, according to Thomson Reuters.

Fortuna Silver Mines Inc. announced an updated mineral resource estimate for the San Jose mine in Oaxaca, Mexico. Measured and indicated resources now total about 42.3 million ounces of silver and 334,000 ounrces of gold. That's up 42 per cent and 29 per cent, respectively, from a resource estimate in July of 2013.

Bonterra Energy Corp has been notified by the Canada Revenue Agency that its 2009 taxation year has been reassessed to disallow non-capital losses from previous years, leading to an amount owed of $13.6-million. The revision is related to the company's  2008 conversion of Bonterra Energy Income Trust to a corporation and the elimination of certain tax pools. The company says it intends to defend its original tax filings.

Challenger Deep Resources Corp. announced that its board has initiated a process to review potential strategic alternatives for the company. The focus of the review will be on non-resource opportunities with particular emphasis on the technology sector. Challenger cautions shareholders that there is no assurance that the strategic review will result in any specific strategic or financial transactions and no timetable has been set for completion.

Challenger also announced a non-brokered private placement to raise up to $1-million.

Endeavour Silver Corp. announced that exploration drilling at the San Sebastian project in Jalisco State, Mexico continues to intersect high grade, silver-gold mineralization in the Terronera vein system. The main mineralized zone now extends over 1,400 metres in length, still wide open along strike and to some extent down dip, the company said.

Almonty Industries Inc. reported that revenues had risen to $7.3-million in the second quarter, up from $3.5-million the year before. The company also reported nil earnings per share, up from the loss of 4 cents a year earlier. The tungsten mining company said that production had increased 87 per cent compared to this time last year.

Dundee Corp. announced that it does not intend to exercise its right to redeem any currently outstanding series 2 shares, which means holders have the right to convert all or part of their series 2 shares on a one-for-one basis into cumulative floating rate first preference series 3 Shares.

With a contribution from Jody White 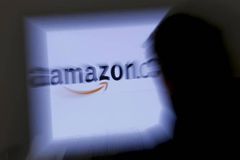 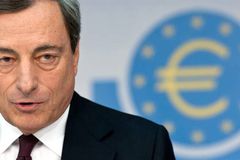 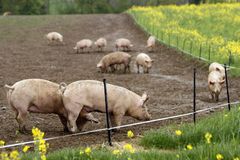