University of Sussex professor Mariana Mazzucato has been a fervent advocate for a large government role in innovation. Ms. Mazzucato's presentation makes the wildly counter-intuitive point that the main functionalities of Apple's iPhone – Internet access, touch screens, GPS – were actually developed by the U.S. government.

Ms. Mazzucato was recently in Canada and penned some interesting policy advice for the domestic candidates for prime minister ahead of the election,

"This is key for Canada as it continues to lag behind in key innovation performance indicators and its investment in innovation to date has largely been hands-off and indirect, via tax credits. It could learn lessons from its international peers – including the US – who do this kind of thing better with mission-oriented, direct investments across the innovation chain – not only in basic research. Canada continues to rely too much on tax credits to stimulate R&D… [when] a more courageous public sector could be driving this opportunity creation in the area of renewable energy, also to get Canada out of the trap of the extractive sectors."

"The real questions Canada should be asking in the run up to the election" – MarianaMazzucato.com

Where the oil price is concerned, Goldman Sachs has been "wrong way GS" lately, predicting $200 oil before the price slide began and $20 oil right before the price recovered to $50. Right now, I'm in the unfortunate position of agreeing with their most recent warnings that the current energy rally is not sustainable,

"The problem, according to Goldman, is that the fundamentals have not changed: in spite of the start of a roll-over in U.S. production, the market remains oversupplied. While the shale revolution was what provided the impetus for the plunge in oil prices seen over the past year, Currie claims that the oil glut is now being sustained by production outside the U.S."

My skepticism, by the way, applies to most risk assets which beyond oil also include the loonie, mining stocks, high yield debt and copper.

"Goldman Sachs: This Oil Rally Is Not Going to Last" – Kawa, Bloomberg

Commerzbank analysts are warning that a bond market implosion in China might make the country's equity market meltdown look like a picnic,

"While an imminent collapse isn't yet the base-case scenario for most forecasters, China's 42.2 trillion yuan ($6.7-trillion) bond market is flashing the same danger signs that triggered a tumble in stocks four months ago: stretched valuations, a surge in investor leverage and shrinking corporate profits…"The Chinese government is caught between a rock and hard place," said Zhou Hao, a senior economist in Singapore at Commerzbank, Germany's second-largest lender. "If it doesn't intervene, the bond market will actually become a bubble. And if it does, the market could crash the way the equity market did due to fast de-leveraging."

"If You Thought China's Equity Bubble Was Scary, Check Out Bonds" – Bloomberg

The U.S. – based Peterson Institute for International Economics believes the U.S. manufacturing renaissance is a myth,

"the hype is not corroborated by the statistics, argues PIIE Senior Fellow Lindsay Oldenski in a new policy brief. "The data show no evidence of a widespread reshoring trend by US firms," she said at the PIIE event. "It is far overshadowed by new offshoring."

Still, Ms. Oldenski believes free trade agreements that result in the loss of American jobs to overseas workers, while painful for those who must find new work, has been broadly beneficial to US companies and the economy. "Offshoring makes US firms more competitive, lets them gain a greater share of the total market—this isn't a zero sum game," she said."

This analysis provides more reason to doubt the acceleration in U.S. economic growth on which the global economy has become increasingly dependent.

"The Beef Over US Competitiveness" – Peterson Institute

Diversion: "How many people have all the James Bonds killed in all the movies?" – Sploid 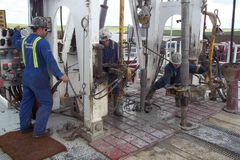