I'd like to humbly ask that if Switzerland's central bank is going to cause a global market panic – one with complications that reach everywhere people invest – that they at least wait until I've had my second cup of coffee. Here's what I know, or think I know, so far.

At 6:15am eastern time, the Swiss National Bank announced they would abandon a currency peg between the Swiss franc and the euro at 1.20 (essentially, they had promised up to this point that they would act in markets to weaken the franc if it threatened to appreciate above 1.20 euros) and lower its major interest rate from negative 0.5 per cent to negative 0.75.

Currency markets immediately freaked out. The euro fell almost 30 per cent against that franc. Moves of this magnitude simply do not happen to one of the world's top five currencies.

The violence of the currency moves was likely caused by hedge funds. The negative interest rates on Swiss bonds means that the longer they are held, the less they are worth. This makes them a natural target for short-selling – hedge funds could sell Swiss bonds and use the proceeds to buy euro-denominated assets, knowing they could cover the short position later at a profit.

When the central bank dissolved the peg, however, these funds rushed to close their short positions on the franc. This meant they also had to sell the European assets they bought with the proceeds from the short sale.

The other major implication of the SNB's decision it that it appears to herald a larger quantitative easing program by the European central bank. The Swiss were already finding it expensive to keep their currency weak, and the timing of the move suggests they see QE on the horizon, which would have made the currency peg even more expensive to maintain.

For Canadian investors, there are two key implications of the European market upheaval. One, risk assets including crude oil prices will be volatile as hedge fund positions are unwound. Two, the likelihood of ECB monetary stimulus could provide investment opportunities – and risks – in the weeks ahead.

Also, traders that I follow are openly wondering about hedge fund failures and foreign exchange trading platforms going out of business as a result of the suddenness of these market moves.

"The SNB and the Russia/oil connection" – Kaminska, FT Alphaville (registration, not sub required)

The big news domestically is Target Corp.'s apparent intentions to desert Canada after an expensive, troublesome foray across the border. This would be a huge writedown for Target and there is a danger of reading too much into it. It could be a company-specific failure; however it could also be an indication that the future of Canadian retail is not all that bright, perhaps because of record household debt.

Bank of America reported an 11 per cent decline in year over year profits this morning. The results were ahead of analyst expectations but still not overly exciting. JPMorgan Chase & Co. announced below-consensus results earlier in the week. Taken together, the two stories cast some doubt on the likelihood of making windfall profits off Bank of America's "sell Canadian banks/buy U.S. banks" trade idea for the year.

"Bank of America's No. 2 trade for 2015: Short Canadian banks" – Shufelt, Inside the Market

Tweet of the day: "@Ole_S_Hansen Hedge funds were short 3.1 billion Swiss francs through IMM futures as of January 6. pic.twitter.com/Eczy3939lx"

Bonus Tweet of the Day: "@jason_kirby Can u say glut? A single Fort Mac subdivision has more homes for sale than some of Toronto's densest neighbourhoods http://www.macleans.ca/economy/realestateeconomy/a-roadmap-to-fort-mcmurrays-tanking-housing-market/ " 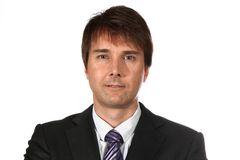