Noting the REIT's unit price has risen 27 per cent since it reported fourth-quarter 2015 results on Feb. 18, Mr. Rothschild downgraded his rating to "hold" from "buy."

"While we believe that Boardwalk's 2016 guidance, which assumes a range for same-property net operating income (NOI) growth of negative 2 to plus 2 per cent, may prove overly optimistic (the high end in particular), management continues to present a bullish outlook," he said. "Though rental apartment properties in Canada are generally quite defensive, fundamentals in Alberta have softened and we expect some pressure on NOI over the next year. Our 2016 funds from operations (FFO) per unit estimate of $3.47 sits just under the midpoint of the range ($3.40-$3.60), and reflects that the benefit of refinancing debt at lower rates should offset softer fundamentals."

In his March survey of Boardwalk's asking rental rates, four of nine cities saw increases, including London, Ont., (up 2.5 per cent) and Fort McMurray (2.2 per cent), one was unchanged and four declined.

Mr. Rothschild did raise his target price to $54 per unit from $47.50. The analyst average target price is $57.18, according to Thomson Reuters.

"We do not expect the bearish sentiment towards Boardwalk to return in the near term, and it is likely that the REIT's portfolio has proved to be more defensive than investors previously believed," he said.

Mr. Dley is forecasting revenue to be flat year over year at $1.066-billion. His earnings before interest, taxes, depreciation and amortization projection of $155-million is below the consensus of $161-million, representing a 22-per-cent decline from the same period in 2015. His earnings per share estimate of 67 cents would be a drop of 31 cents from last year, and it is 2 cents below the consensus.

He added: "We expect snowmobile sales growth to be impacted not only by an unseasonably warm winter across much of North America, but also by the impressive growth experienced in the latter half of fiscal 2015. We are forecasting a 20-per-cent decline in seasonal product sales during the quarter, driven by lower sales of snowmobiles and a challenging sales environment in Western Canada, partially offset by strength in personal water craft (PWC) sales, namely continued growth in Spark sales.

Mr. Dley said the company expected its new low-cost facility, Juarez II, to be fully ramped up by the end of January of this year. As production shifts to the Chihuahua, Mexico-based plant, he said the company will begin to record margin gains in the 2017 fiscal year of between $20-million and $25-million.

"The company commented at its most recent investor day, that capacity 'within the walls' at its current manufacturing facilities is sufficient to support growth through 2021 or sales of $6-billion per annum," the analyst said. "Therefore, in addition to the margin benefit resulting from the transfer of production to its three lower cost facilities, longer-term margins should continue to grow as BRP increases its capacity utilization as the company moves towards $6-billion in consolidated revenue.

"In our view BRP is well positioned to capture additional market share in a growing powersports market, as it introduces new products, and extends its reach into complementary product lines," said Mr. Dley.

The stock has jumped almost 50 per cent over the last month, compared to a 17-per-cent increase for the S&P/TSX Oil and Gas Services Index.

"Decent Q4/15 results, slightly improved crude prices, and a positive update on the fleet high-grading have helped drive the shares higher as the short interest has declined," said Mr. Mazar.

"Despite the strong recent performance, we still view PD as the best-positioned contract driller in our coverage universe. The high-grading of the rig fleet over the last several years has left PD with the best rig fleet in Canada, and has been done while maintaining a reasonably strong balance sheet."

Mr. Mazar noted the stock trades at a 46-per-cent discount to replacement value. He said it is "a modest premium to the group that we believe is justified in light of the company's reasonably strong balance sheet, superior rig fleet, and attractive geographic footprint."

Maintaining an "outperform" rating, he raised his price target to $7 from $5. Consensus is $6.61.

"With modestly higher crude prices over the last two months, coupled with a rash of fundraising by E&Ps, particularly in the U.S., PD's outlook has improved slightly and the shares, in our view, now warrant a better valuation," he said.

On March 10, the Toronto-based REIT reported fully diluted funds from operations per unit of 18 cents, below the forecast of both Mr. MacLean and the consensus of 22 cents.

"The variance to our estimate was due to lower net operating income (NOI) in Germany and Brazil from currency translation differences (about 1 cent per unit), higher expenses (1 cent), and higher finance costs," the analyst said. "The REIT's 2015 priorities were completing the combination of NorthWest and NorthWest International, refinancing higher cost debt to take advantage of low interest rates, and selling non-core Canadian assets. With those objectives largely complete we expect the REIT's attention will focus on investments (NWH has agreed to acquire a German medical office buildings (MOB) portfolio and Vital Healthcare has been active in Q4/15 and Q1/16), including potentially forming joint ventures to take advantage of its operating platforms in Brazil, Germany, and Australasia, which could provide fee income to the REIT. NWH has sold 10 of the 15 Canadian properties that it has listed for sale. We expect organic growth in Canada will benefit from NorthWest's recent disposition activity, which has focused on slower growth assets."

He maintained a "market perform" rating but raised his target price to $10 per unit from $9.25. The analyst consensus is $9.57.

"Our market perform rating balances the REIT's attractive yield, and accretive near-term investment opportunities with currency headwinds from the REIT's non-Canadian portfolio," he said. "We believe the REIT's development pipeline should allow NorthWest to increase its net asset value (NAV) over time as 'value-add' projects are completed."

Noting a 25-per-cent increase in share price from January lows, he initiated coverage of the Indiana-based global diesel engine manufacturer with a "sector perform" rating.

"We consider CMI among the high-quality operators in our coverage. The manufacturer/distributor of diesel and natural gas engines, components, and power gen systems has a history of technology leadership and generating attractive returns. We like CMI's move to consolidate its distribution, and it has been proactive returning cash to shareholders and more vocal about willingness to use an under-levered balance sheet for acquisitions and/or additional partnerships."

Mr. Weber noted the company expects NAFTA HD Class 8 truck production to fall 25 per cent from its 2015 peak. He forecasts a 27-per-cent decline year over year for 2016, noting "the fleet refresh provided enough capacity against a backdrop of softening truck fundamentals (freight volumes, freight rates, etc.). He anticipates 2017 "will remain muted [with a 2-per-cent increase] as well."

"We do not believe the secular growth story has run its course and see opportunity for new growth platforms and existing markets that are depressed to rebound eventually (although little visibility to that at this time)," he said. "To that end, we believe the landscape is changing. While a majority of the on- and off-highway vehicles globally are below optimal emissions standards, much of the shortcoming is in developing markets — several of which are currently weak — and where timing and adherence to policy can be hard to handicap. Developed markets that have experienced emission mandates are now shifting focus to fuel economy."

Barrick Gold Corp (ABX-T) was raised to "outperform" from "neutral" at Macquarie by equity analyst Michael Siperco. The 12-month target price is $21 (Canadian) per share.

Cardinal Health Inc (CAH-N) was downgraded to "market perform" from "outperform" at Cowen by equity analyst Charles Rhyee. The target price is $90 (U.S.) per share.

Goldcorp Inc (G-T) was downgraded to "neutral" from "outperform" at Macquarie by equity analyst Michael Siperco. The 12-month target price is $23 (Canadian) per share.

Harris Corp (HRS-N) was downgraded to "market perform" from "outperform" at Cowen by equity analyst Gautam Khanna. The 12-month target price is $90 (U.S.) per share.

Kinross Gold Corp (K-T) was downgraded to "underperform" from "neutral" at Macquarie by equity analyst Michael Siperco. The 12-month target price is $3.50 (Canadian) per share.

McKesson Corp (MCK-N) was downgraded to "market perform" from "outperform" at Cowen by equity analyst Charles Rhyee. The target price is $173 (U.S.) per share.

Mohawk Industries Inc (MHK-N) was downgraded to "neutral" from "overweight" at JPMorgan by equity analyst Michael Rehaut. The target price is $215 (U.S.) per share.

Noble Corp plc (NE-N) was downgraded to "neutral" from "positive" at Susquehanna by equity analyst Charles Minervino. The 12-month target price is $11 (U.S.) per share.

Oasis Petroleum Inc (OAS-N) was raised to "overweight" from "neutral" at JPMorgan by equity analyst Michael Glick. The target price is $9.00 per share.

Rent-A-Center Inc (RCII-Q) was raised to "strong buy" from "outperform" at Raymond James by equity analyst Beryl Bugatch. The 12-month target price is $21.00 per share.

Whirlpool Corp (WHR-N) was raised to "overweight" from "neutral" at JPMorgan by equity analyst Michael Rehaut. The target price is $205 (U.S.) per share.

Whiting Petroleum Corp (WLL-N) was downgraded to "neutral" from "overweight" at JPMorgan by equity analyst Michael Glick. The target price is $8 (U.S.) per share. 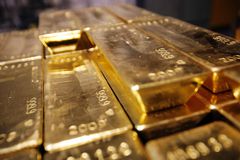 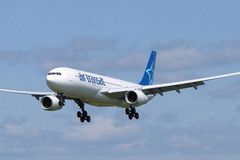 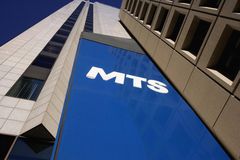