Our roundup of Canadian small-caps making news and on the move today. This post will be updated through the morning.

Wajax Corp. said its fourth-quarter revenue fell 1 per cent to $386.1-million, while its net earnings dropped to 67 cents per share from 73 cents. Revenue beat the Street consensus of $379-million but earnings fell short of estimates of 78 cents.

Wajax also announced a long-germ growth strategy, which includes financial targets for 2015 to 2019. It plans to grow net earnings at a minimum compounded annual growth rate of 7.5 per cent and to target a leverage ratio range of 1.5 - 2.0 times.

The industrial products and services company also announced a reduction in its dividend payouts going forward. Its monthly dividend payout based on a minimum of 75 per cent of expected net earnings has been changed to implement a quarterly dividend with an initial target amount of 25 cents per share. It cited a need "to increase the funds available to invest in this strategy, provide additional liquidity in this time of economic uncertainty and bring more stability to dividend payments over the business cycle."

Savanna Energy Services Corp. said that in light of the significant uncertainty in respect of commodity pricing and activity levels for all of its services, Savanna and an Australian customer have mutually agreed to cancel construction of the 4 TDS drilling rigs previously contracted in Q4 2014. This results in the reduction of $34.5-million from Savanna's 2015 capital budget and a further $25-million from its 2016 capital commitments.

Savanna said it will continue to evaluate its 2015 capital program in light of further changes to anticipated activity levels as 2015 unfolds.

Scott Treadwell, analyst at TD Securities, commented, "We view the cancellation of the 4 Australian drilling rigs negatively, as the rigs were previously contracted and the company made no mention of any termination payments."

He added that the action provides "negative read-throughs" for Savanna's remaining Australian operation, which TD previously thought was more stable than the North American market due to liquefied natural gas-based drilling.

Major Drilling Group International Inc. said its fourth-quarter revenue fell 3 per cent to $69.8-million, while its net loss widened to 24 cents a share from a loss of 16 cents a year ago. The Street was expecting revenue of $70.52-million and a net loss of 11 cents a share.

The company also announced it is lowering its semi-annual dividend due to the current low commodity price environment and uncertainty over how long it will last.

Pacific Rubiales Energy Corp. provided an operations update for its fourth-quarter. Total net production for the quarter is expected to be in the range of 143,000 to 149,000 barrels of oil equivalent per day, an increase of approximately 9 per cent from the same period a year ago. This is approximately 1 per cent higher than the previous quarter, mainly attributable to increased production from the company's light and medium oil fields.

"Looking into an uncertain environment in our major market of Alberta, we will maintain our tradition of exercising discipline and sticking to the fundamentals of real estate," Melcor said in its earnings release. "We will continue to look for and take advantage of opportunities to build and strengthen our portfolio. We continue to experience good leasing activity with both renewals on expiring leases and new tenants, which, in conjunction with the newly acquired properties, contributed to occupancy of 92.4 per cent at year end."

TransForce Inc. reported fourth-quarter revenue of $1.07-billion, up 36 per cent from a year ago, while adjusted net income nearly doubled to 45 cents a share. The Street was expecting revenue of $1.10-billion.

TVA Group Inc. said that the Competition Bureau has authorized the acquisition of 15 magazines, three websites and the customized publication contracts presently owned by TC Transcontinental.

Eguana Technologies Inc. posted interim financial statements for the quarter ending Dec. 31, with sales coming in "slightly behind plan," the company said, blaming "supply chain disruptions." Revenues were 67 per cent higher than in the prior quarter, with almost all of the company's sales coming from the European market. "European shipments are setting the stage for Eguana's entry into the much larger U.S. residential market this quarter," the company said.

Patient Home Monitoring Corp. (PHM) said it plans to acquire a Virginian medical equipment and services company for $5-million. PHM said it has executed a non-binding letter of intent (LOI) to purchase the company, which has reported unaudited trailing 12-month annual revenues of about $5-million. "We now have 4 LOIs that are awaiting closing with total annual revenue in excess of $15-million," said Michael Dalsin, chairman of PHM. "Assuming we close all four deals, PHM's annual revenue run-rate will exceed $65-million."

Martinrea International Inc. provided unaudited financials for the fourth quarter, showing an increase in sales guidance and earnings slightly ahead of analysts' expectations. The company said it held an information meeting with analysts in advance of the year-end earnings announcement on March 19. Unaudited sales for the quarter were about $862-million, while adjusted earnings were $0.27 per share. "The company indicated that 2014 was a very good year for the business, building its footprint, growing its operations and achieving record adjusted financial results," Martinrea said. "Continued improvement is anticipated in 2015." The company also provided guidance for its ongoing first quarter, with expected revenues in the range of $860-million to $900-million and earnings in the range of $0.31 per share to $0.35 per share – "one of the best quarters in the company's history from a financial point of view," the company said.

Canadian Cannabis Corp. said it has executed a letter of intent for the acquisitions of 60 per cent of the outstanding shares of a numbered company doing business as Hemisphere Pharmaceutical, based in Brantford, Ont. "The acquisition of this new proposed site positions CCC to accelerate our business plan and start cultivating earlier than we expected," said Benjamin Ward, CEO of Canadian Cannabis Corp.

Wajax investors should dig in for the long haul
May 11, 2018 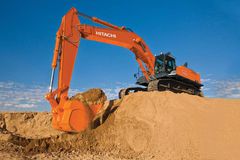 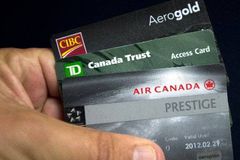 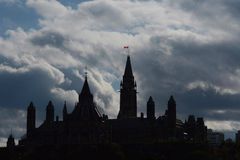