Drug company Concordia International Corp. (CXR-T) overcharged Britain's health service millions of pounds for an essential thyroid drug by abusing its position as the only supplier, the country's Competition and Markets Authority said on Tuesday.

CMA Chief Executive Andrea Coscelli said: "Pharmaceutical companies which abuse their position and overcharge for drugs are forcing the NHS – and the U.K. taxpayer – to pay over the odds for important medical treatments.

"We allege that Concordia used its market dominance in the supply of liothyronine tablets to do exactly that."

The CMA has been targeting drugs companies over the prices they charge for certain drugs. The regulator can fine a company up to 10 per cent of its annual worldwide group turnover for breaking competition law.

Liothyronine tablets are primarily used to treat hypothyroidism, a condition caused by a deficiency of thyroid hormone affecting at least two in every 100 people.

The CMA said it would consider representations from Concordia, and also Cinven and HgCapital – private equity firms and previous owners of entities now forming part of Concordia – before deciding whether competition law had in fact been broken.

Concordia said it did not believe that competition law had been infringed.

"The pricing of liothyronine has been conducted openly and transparently with the Department of Health in the U.K. over a period of 10 years," it said in a statement.

"Over that time, significant investment has been made in this medicine to ensure its continued availability for patients in the U.K., to the specifications required by the Medicines and Healthcare products Regulatory Agency in the U.K."

It said it would continue to cooperate with the CMA in its investigation.

"Peak has generated significant value for New Gold and predecessor companies over its 25 years of operation," stated CEO Hannes Portmann.

Guardian Capital Group Ltd. (GCG-T) says it will acquire a 70 per cent of Alta Capital Management LLC, an investment management firm based in Salt Lake City, Utah, for $45-million (U.S.) on closing, with additional contingent amounts of up to $10-million payable over four years.

Guardian says the acquisition is expected to add more than $3-billion to its assets under management.

"We're very pleased to partner with the Alta principals to build on our desired commitment to strengthen and enhance our presence in the United States," stated CEO George Mavroudis.

"During Mr. Lamothe's tenure, the company achieved key milestones including enhancing its e-commerce business and significantly reducing the number of its store locations to respond to a shift in consumer shopping behaviours," the company stated in a release. He worked at the company for six years.

President Stephen Reitman will "reassume the responsibilities" of COO, the company said.

"The company does not expect this to have a material impact on its day to day operations as the existing finance team has sufficient resources and depth to manage the transition," the company stated.

After eight years with the company, Mr. Bell is establishing a principal business in the mining sector, GMP stated in a release.

Chemtrade Logistics Income Fund (CHE.UN-T) says the "recurrence of an operating issue" has led to an unplanned interruption of production at its North Vancouver chlor-alkali plant.

Chemtrade has declared force majeure for the supply of caustic soda, chlorine and hydrochloric acid and estimates the EBITDA (earnings before interest, taxes, depreciation and amortization) impact of this incident will range between $7-million and $8-million, the majority of which will be realized in the fourth quarter.

The issue was discovered on Nov. 12 and the company expects the plant to be offline for approximately two weeks.

"Prior to this issue, during 2017, the plant had been setting production records," the company said. "This unscheduled shutdown is the result of an issue known at the time the plant was acquired as part of the purchase of Canexus and is scheduled to be permanently fixed in April, 2018 during a planned turn around.  Once the plant is operational after the current shutdown, Chemtrade expects the plant to resume its pre-incident production run rates until the planned April shutdown."

Liberty Health Sciences Inc. (LHS-CN) says it has secured locations for two additional medical cannabis dispensaries in Florida that are scheduled to open in early 2018.

"The new dispensaries, located in St. Petersburg and Port St. Lucie, will be opened in addition to the two previously announced locations in The Villages and Fort Lauderdale," the company stated.

Seabridge Gold Inc. (SEA-T; SA-N) says Canada's National Contact Point, part of the Department of Foreign Affairs, has concluded that a complaint it received regarding aspects of the environmental assessment review process for the company's KSM Project "did not merit further examination."

It said the file has now been closed "after only the initial assessment level of review."

Seabridge said the allegations were made by the South East Alaska Conservation Council, a non-governmental organization. It said Seabridge violated the guidelines by failing to disclose project documents and engage appropriately with stakeholders, among other complaints.

Student Transportation Inc. (STB-T; STB-Q) says it has made a "strategic investment" in the Los Angeles-based company HopSkipDrive, a rideshare service for children.

HopSkipDrive announced the closing of $7.4-million in strategic funding led by Student Transportation.

STI chairman and CEO Denis Gallagher will join the HopSkipDrive board.

"This is a very unique situation where a strategic player such as STI has now partnered with an industry disruptor, HopSkipDrive, which is backed by some of the most innovative technology-focused venture capital firms that have successful track records of building new businesses," Mr. Gallagher stated.

Mutual fund investors are missing out on one of the best rallies of the year
Subscriber content
November 20, 2017 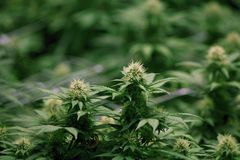 Payouts from these two big TSX REITs aren’t as safe as you may think
Subscriber content
November 20, 2017 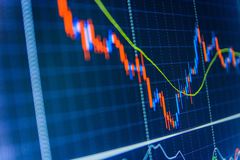 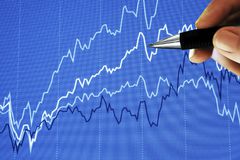