As a stock picker and a value investor, Charles Brandes has been fighting more than one current.

But while recent history may have favoured growth over value, and passive over active, the billionaire money manager remains ever committed to the principles on which he built his fortune.

"Value outperforms growth over a long period of time. It hasn't for the last five years," he said. "But you should not extrapolate that to the next five or 10 years."

He predicts value investing's return to supremacy, rooted in the conviction that, over the long term, the best way to build wealth is through identifying individual companies undervalued by an irrational market.

Mr. Brandes counts himself as a disciple of Benjamin Graham, the economist and teacher commonly referred to as "the father of value investing," from whom Mr. Brandes received direct guidance in the early 1970s.

"I was Benjamin Graham's stockbroker. But I only had one trade, as his broker. Ben was not a big trader, as you could probably imagine," Mr. Brandes said at an investing conference in Toronto this week, before sitting down for an interview with The Globe.

He devoted himself to a value-investing strategy focusing on company fundamentals to find securities trading at a discount to intrinsic value, thus building in a margin of safety to his portfolio.

The rise of Brandes Investment Partners, the firm he founded, was astronomical, as assets under management swelled to more than $100-billion (U.S.) by 2007.

The financial crisis hit the firm hard, while the intervening years have proven challenging for value investors. Assets under management shrunk to about $27-billion as of the end of March.

The cheap-money regime that has endured since the crisis has been better for growth strategies. The Russell 3000 value index has trailed its growth counterpart for most of that time.

Meanwhile, investors have soured on stock picking in general, with active managers mostly failing to beat the market. In the first quarter, for example, fewer than one in five U.S. large-cap funds outperformed the S&P 500 index, which is the lowest beat rate since at least 1998, according to Merrill Lynch.

But the rising popularity of investing in the whole market through passive index strategies is misguided, Mr. Brandes said.

"Should not our investments be allocated efficiently to businesses that create wealth, and not just some other alternative?"

Common investor attitudes also fall short when it comes to perceptions of risk, Mr. Brandes said. Risk in investing should properly be defined as the possibility of a permanent loss of capital.

"The definition of risk in the investment world today is volatility," he said. "We look at volatility as the opportunity to outperform. Because the price of a security fluctuates a lot more than the underlying value of the actual business."

Instead of fearing volatility, he suggests that perhaps investors should be wary of U.S. stock valuations. High-quality, dividend-paying U.S. stocks have been driven up in price to a range of 22 to 25 times earnings.

As a result, the U.S. weighting in the Brandes Global Equity Strategy, at 34 per cent, is now close to the lowest it has ever been. The MSCI world index, meanwhile, has a 59-per-cent weighting in the United States.

Reduced exposure to the U.S. has mostly been replaced by investing in emerging markets. The Canadian-based Brandes Global Opportunities Fund, for example, has an emerging markets weighting of 37.5 per cent, Mr. Brandes said.

"Compared to developed markets, emerging markets are cheaper than they've ever been in recent memory." 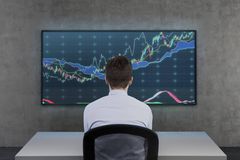 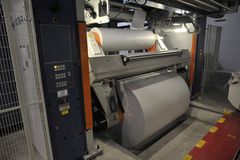 This Toronto student has been value investing since he was 14
January 8, 2016 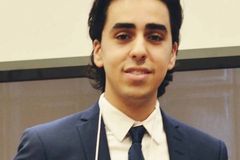