CGI reported fourth quarter revenue of $2.59-billion and adjusted earnings per share of 82 cents compared with a consensus estimate of $2.53-billion and 80 cents per share).

While "organic growth remains elusive, with foreign exchange tailwinds accounting for 7 per cent growth in the quarter. We expect a slow and steady improvement in F2016 driven by the company's IP strategy and pipeline of activity in the U.S. federal and financial services segment. The EPS beat was driven by stronger-than-expected margins of 14.7 per cent versus consensus of 14.1 per cent. Book-to-bill ratio of 1.1 times (1.13 times trailing 12 months (TTM) was solid, driven by recent large contract wins with notable strength in U.S. federal business (1.44 times book-to-bill). Total backlog was $20.7-billion, up sequentially from $19.7-billion," analyst Stephanie Price said.

"We have tweaked our F2016 and F2017 forecasts slightly to account for recent results. We believe the company continues to assess acquisition opportunities; we see several major spin-outs potentially coming to market in the near-term. We believe CGI could execute on either a series of tuck-ins or a transformational deal in the coming year," the analyst said.

"In our view CGI continues to be a best-in-class IT service provider with operational effectiveness driving profitability."

She kept her "sector outperformed" rating on the stock and increased her 12-month price target on CGI to $65, up from $57 "as we increase our valuation multiple a turn higher than peers given best-in-class margins and near-term M&A potential." The consensus is $57.09.

Painted Pony reported cash flow of 7 cents per share for the third quarter as it was hit by weak pricing, and that was lower than the analyst's 11-cent per share estimate. In addition, its quarterly production of 15,500 barrels of oil equivalent per day was below Credit Suisse's forecast of 15,800. The company also reduced its 2016 capital spending guidance to $215-million from an earlier estimate of $287-million.

The analyst maintained his "neutral" rating on the stock but lowered his target price to $6 from $7.50. The analyst consensus is $9.38, according to Thomson Reuters.

"With a continuation of downstream pipeline restrictions in Western Canada resulting in weak gas pricing, the risk versus reward profile may become more attractive as Painted Pony approaches the commissioning of its Townsend gas plant in mid-2016, while in November, 2016 there is the opportunity for up to 50/50 AECO/Station 2 pricing with the Spectra agreement. We revise 2015 to 17 EPS estimates to 17 cents, 28 cents, 12 cents from 19 cents, 3 cents, 20 cents respectively."

RBC Capital Markets is upgrading Norbord Inc. (NBD-T) as it feels tighter supply in the lumber products market will lead to better pricing.

"Oriented Strand Board (OSB) prices are up 40 per cent to 60 per cent from  their recent low in late July, an impressive but not unprecedented move. While we expect OSB to see a seasonal decline in production activity in the winter months (as building activity slows), we believe this will be offset by the recent rally in pricing (due to the lag effect of realizations). At the same time, we expect improved market conditions in the spring to drive a material pick-up in residential construction activity levels. We continue to expect prices to average $205 per thousand square feet (/msf) over 2015 (-6 per cent year over year), $250 over 2016 (+22% y/y), and $275 in 2017 (+10% y/y)," RBC analyst Paul Quinn said.

As well, RBC sees improvement in the U.S. housing market, which will bode well for Norbord.

"With  the  U.S. housing recovery accelerating of late (2016 consensus forecast of 1.3 million housing starts) and 70 to 75 per cent of Norbord's overall mix directly or indirectly tied to housing, we remain positive about the company's revenue stream from North  America.  In  Europe,  management  recently  highlighted that it is beginning to see the bottom of the Continental OSB prices and cited the recent uptick in prices in Germany."

"We feel the recent weakness in Brookfield Canada Office Properties' unit price stems almost exclusively from its Calgary exposure which represents [about] 40 per cent of the REIT's NOI [net operating income]," the research firm says.

Weakness in the Calgary office market "has been a normal historic occurrence in the Calgary market where Oil companies have historically over-leased space in order to guarantee expansion room during boom periods, only to have that underutilized space become the low hanging fruit of cost control measures when the market turns. This overleasing then dumping of space amplifies periods of both strength and weakness in the Calgary market and is one of the root causes of the city's dramatic occupancy and rental rate swings. These swings historically have been both violent and more importantly, relatively short. We do not at this time imagine a more than eight quarter downturn in the Calgary Market. Due to this we feel the pull back in BOX.un's unit price to be wholly overdone," said analyst Robert Sutherland.

"Calgary's Office market is in a downturn. Those downturns have historically been violent and deep. Brookfield Canada Office Properties, while having significant NOI exposure to this market has little risk exposure to the downturn to beyond 2019. We feel investors should instead be focusing on the potential oversized disposition price potential on the REIT's Royal Centre sale in Vancouver which could easily net the REIT in excess of $200-million (gross $300-million) when it sells later this year," the analyst said.

Franco-Nevada Corp. (FNV-T;FNV-N) has "outperformed its peers" and that's gotten it a favourable rating from Canaccord Genuity.

"Franco-Nevada has outperformed peers by a wide margin in terms of share price performance – indeed, it is the only royalty/streaming company under CG coverage that is up on the year (7 per cent versus a group average of -16 per cent). Despite even recent outperformance, however (-3 per cent versus group average of -10 per cent), the shares are down 16 per cent from recent highs. Operationally, the company continues to perform very well despite a weak commodity price environment (in terms of precious and base metals as well as oil and gas) – a testament to a well-diversified portfolio of royalties and streams," said analyst Peter Bures.

The company continues to have a "robust financial position" with debt of $330-million and available credit lines of $270-million, and has enough cash flow to cover $33-million in dividend and other payments.

CGI Group (GIB.A-T;GIB-N) was raised to a "buy" from a "hold" recommendation at Societe Generale. The price target was increased to $65 from $60.

Amdocs Ltd. (DOX-Q) was downgraded to "Equal-weight" from "Overweight" at Barclays by equity analyst Tavy Rosner. The target price is $60 (U.S.) per share.

Devon Energy Corp. (DVN-N) was raised to "Buy" from "Neutral" at Guggenheim Securities by equity analyst Subash Chandra. The target price is $57 (U.S.) per share.

Magic Software Enterprises Ltd. (MGIC-Q) was raised to "Overweight" from "Equal-weight" at Barclays by equity analyst Tavy Rosner. The target price is $8 (U.S.) per share.

SunEdison Inc. (SUNE-N) was downgraded to "Sell" from "Hold" at Axiom Capital by equity analyst Gordon Johnson. The target price is $2 (U.S.) per share.

VFC Corp. (VFC-N) was downgraded to "Underperform" from "Neutral" at Sterne Agee CRT by equity analyst Sam Poser. The 12-month target price is $57 (U.S.) per share. 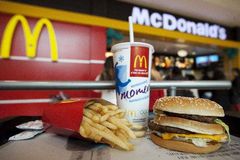 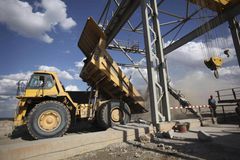 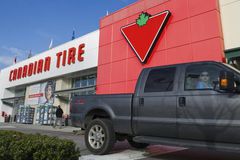 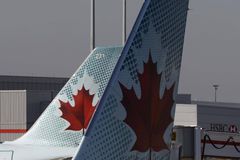