Student Transportation Inc. (STB-T; STB-Q) reported fourth-quarter revenue of $172.8-million (U.S.), which was above analysts' expectations of $171.5-million and compared to $166.2-million for the same period a year ago.

Net income in the quarter ended June 30 was $4.3-million or 5 cents per share, which was in line with expectations and compared with $6.3-mllion or 7 cents a year earlier.

Magellan Aerospace (MAL-T) says it was selected by Airbus to provide exhaust systems for the A320neo PW family of aircraft.

Magellan said revenue generated from this contract is estimated to exceed $200-million over the first 10 years.

The fabricated metallic exhaust systems will be produced at Magellan's North American facilities in Winnipeg and Middletown, Ohio and will be delivered directly to Airbus assembly lines across the globe.

Kerr Mines Inc. (KER-T) issued a release after markets closed on Wednesday saying that it is not aware of any material undisclosed information related to the company or its operations that would account for the volatility in its share price on Tuesday and the higher-than-typical trading volumes.

The stock closed up 14 per cent to 40 cents on Wednesday.

The company said it issued the released in response to a request by the Investment Industry Regulatory Organization of Canada.

It also said it was awarded a three-year term contract, which includes a two-year extension provision, to provide mine support services on the Highland Valley Copper Mine in B.C.

Sherritt International Corp. (S-T) says its operations and production activities at its Moa Joint Venture and oil and gas and power facilities in Cuba have been restored to normal capacity after Hurricane Irma.

It said none of its facilities incurred more than minimal damage and that all employees are safe.

"Although our production activities were interrupted by Hurricane Irma, the disruption was relatively insignificant thanks to the considerable preparation and planning efforts we undertook with our Cuban partners," said CEO David Pathe. "As a result, Hurricane Irma has not had any material impact on our expected 2017 production emanating from Cuba."

Sherritt said it restarted drilling in Block 10, located in the Bay of Cardenas off of Cuba's north shore, on Sept. 18.

Canopy Growth Corp. (WEED-T) says it has established a binding strategic partnership in the emerging Danish market with Danish Cannabis ApS, which will serve the needs of Danish medical cannabis patients with Spectrum's proven products.

"International market opportunities are emerging quickly and Canopy has the experience and expertise to turn these opportunities into greater shareholder value," said Canopy CEO Bruce Linton.

Since then, the government has issued several permits and approved a key technical study for the closure of an old mine.

It also served formal notice that it would initiate an arbitration hearing regarding the company's Madem Lakkos metallurgical plant.

Eldorado chief executive George Burns says the company is "confident" that the arbitration process will be concluded in a timely and efficient manner.

The decision came as about 200 company workers protested outside the Development Ministry in Athens, demanding the government ensure Eldorado continues operating.

The workers gathered outside the ministry building during the morning rush hour Thursday, banging their hard hats on the road and holding banners saying "Yes to Development."

"These personal investments highlight management's belief in the long-term direction and value of the company," said Mr. O'Neill in a release.

The units were acquired through open-market purchases.

Fortuna Silver Mines Inc. (FSM-N; FVI-T) says its board has approved construction of its Lindero gold Project in Argentina.

The project came with its acquisition of Goldrock Mines Corp., which closed last year.

"Lindero has an approved environmental impact study and has been granted all major permits for the construction of an 18,750 tonnes per day open pit, heap leach gold mine," the company stated.

The company said has a deal with a syndicate of underwriters led by GMP Securities L.P. to buy 20 million shares at $1.50 each.

The net proceeds will go towards the purchase of an additional cryptocurrency mining data centre in Iceland, which will help its capacity grow by more than 70 per cent.

The centre will be acquired for $5-million and 2 million common shares of the company from its 30-per-cent shareholder Genesis Mining Ltd., as well as a revision of the monthly fees in the master services agreement.

For risk-tolerant investors, there could be a way to profit from the Equifax data breach
Subscriber content
September 20, 2017 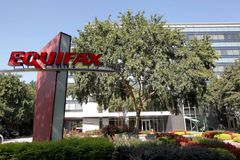 I made a tidy profit off this trade this year - and there may still be time for you to do the same
Subscriber content
September 20, 2017 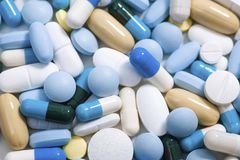 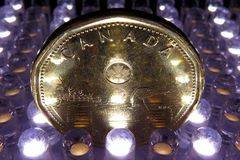