Since Standard & Poor's downgraded its rating on U.S. government debt in 2011, the S&P 500 has risen more than 40 per cent. Don't expect the ratings agency's now-upbeat statement on the United States to have a similar impact.

On Monday, Standard & Poor's revised its outlook to "stable" from "negative," pointing to "receding fiscal risks" in the United States, even as politicians in Washington remain far apart in their efforts to reach any sort of broad agreement on a budget.

"We believe the U.S. economic performance will match or exceed its peers' in the coming years," S&P said in a statement.

S&P left its rating unchanged, at double-A-plus. It has been there since Aug. 5, 2011, when Standard & Poor's cut the U.S. debt rating from the top-notch triple-A, citing concerns about the government's medium-term debt dynamics – or rather, the country's flailing economy at a time of tremendous political squabbling, which included an inability to agree on a new debt ceiling.

That downgrade in the summer of 2011 took most observers by surprise and initially horrified investors. The S&P 500 sank about 7 per cent when markets opened amid worries that it signified that the U.S. economy was mired in big problems, and that Washington was powerless to solve them.

But the downgrade proved almost meaningless in the end. Stocks rallied to record highs and bond yields fell.

What's more, the U.S. economic health has been on the mend. Employment has been rising, the housing market has been recovering and economic activity has remained positive, though slow. In May, the Congressional Budget Office reduced its expectations for the 2013 U.S. deficit to $642-billion (U.S.), or $200-billion lower than its expectations heading into the year.

This suggests that the bold move by S&P in 2011 was a contrarian indicator, or simply wrong.

Dean Baker, co-director of the Center for Economic and Policy Research in Washington, told Bloomberg News that S&P is probably trying to correct itself now.

"At some point, they have to get back in line and get the U.S. government back up to triple-A," Mr. Baker said. "This is the first step."

Brian Jacobsen, chief portfolio strategist at Wells Fargo Funds Management, agrees: "Of course, S&P should not have downgraded the debt to begin with. If the credit rating is supposed to assess the probability of default, it's silly to give the U.S. government anything but a triple-A," he said, according to Reuters.

The reaction from stock and bond markets over the past two years – essentially ignoring the initial downgrade by S&P and rising with an improving economic outlook, rising corporate profits and a central bank in full stimulus mode – suggests that investors agree. Unfortunately, that means the improved outlook is also meaningless.

Well, almost. There is the possibility that the "stable" assessment from S&P could make matters worse in Washington, since it reduces the pressure on politicians to negotiate a deal on the budget – only a slight possibility, though, given that the downgrade didn't exactly turn up the heat.

What's more likely is that markets are focused elsewhere. Downgrades and the threat of downgrades are old news.

Now, markets are keying in on the Federal Reserve's view on stimulus, with some observers wondering if the central bank will cut back on its bond-buying program, or quantitative easing, later this year.

No one knows whether the stock market can persist with its bullish ways without Fed help, or whether bond yields will remain low, making a shift in policy a big source of uncertainty.

To be sure, Standard & Poor's shift in outlook should be welcome as another sign of healing in the U.S. economy. But as a reason for feeling bullish, take your cue from the market – and ignore it. 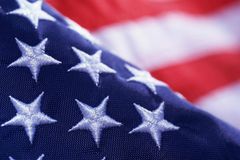 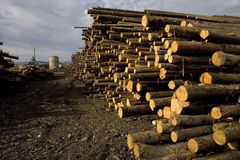