Enbridge Inc. has been in a slump since the initial euphoria over its $37-billion takeover of Spectra Energy Corp. last September, but you should see the dip as a golden opportunity to buy a dividend- and profit-gusher at a good price.

The shares are down 16 per cent since September, 2016, when the company's friendly deal for Houston-based Spectra set off a rally that drove the shares above $59. Today, they languish at $49.39, which is near an 18-month low.

Investors were initially impressed with the idea that the deal would give Enbridge instant diversification with Spectra's pipelines, gas fields and distribution networks in the United States and Canada.

It certainly looked like an effective way of expanding, compared with the environmental opposition and cost overruns that tend to accompany the company's own growth projects.

In announcing the deal, Enbridge chief executive officer Al Monaco said that the combined entity would become the largest energy-infrastructure company in North America. The fact that 96 per cent of its cash flow is either regulated or backed by long-term contracts will underpin dividend increases of 10 per cent to 12 per cent a year through 2024, he said, in addition to an anticipated 15-per-cent hike in 2017.

Sure enough, Enbridge has raised its dividend twice this year, taking the quarterly payout to 61 cents a share from 53 cents a share, for a 15.1-per-cent boost.

With the share price going down and the payout going up, the dividend yield is approaching 5 per cent, close to its highest level over the past decade and about double what it was just three years ago.

What's not to love about that? Some investors are clearly unimpressed, given the weak share price. But their concerns are overstated.

They may be worrying about crude oil again, given that the price of crude has been meandering below $50 (U.S.) a barrel for much of the past year.

There is a connection between Enbridge and oil. Enbridge's share price was hit hard between April, 2014, and January, 2016, falling more than 37 per cent when the price of crude fell about 75 per cent over a similar period. And when the price of crude began to recover from decade lows in early 2016, sure enough Enbridge's share price also recovered, rising about 40 per cent.

But the correlation between Enbridge and oil appears to be tenuous.

Yes, some particularly gloomy scenarios might see oil producers failing to pay pipeline operators such as Enbridge when the price of oil is sharply down. This hasn't happened.

And more to the point, investors should keep in mind that Enbridge's profit on a per-share basis rose 20 per cent between 2014 and 2016, when the price of oil was in freefall.

If crude oil's 75-per-cent swan dive didn't hit Enbridge's profit, which is diversified well beyond oil pipelines, it is hard to image what would.

Perhaps Enbridge is simply caught up as investors sour on the entire energy sector.

After all, the company tops Canada's S&P/TSX energy index, with a weighting of more than 20 per cent.

The company and the index tend to move in remarkably similar directions, suggesting that Enbridge is an unintended casualty here.

A more specific concern relates to Enbridge's pricey takeover of Spectra and its continuing growth strategy: The market may be anticipating the need for Enbridge to issue new shares to fund growth and pay down debt, which would dilute existing shareholders.

But Robert Catellier, an analyst at CIBC World Markets, noted recently that this risk is low.

Enbridge has been shedding assets valued at more than $2.5-billion, he said, and the company has considerably more flexibility to manage its balance sheet.

The risks weighing on Enbridge, then, appear to be slight, especially next to the upside opportunity.

Any further recovery in the price of crude oil or additional evidence that Enbridge's profit can rise without a sustained energy recovery will surely bring investors back to this stock.

And in the meantime, you'll be collecting that hefty dividend. 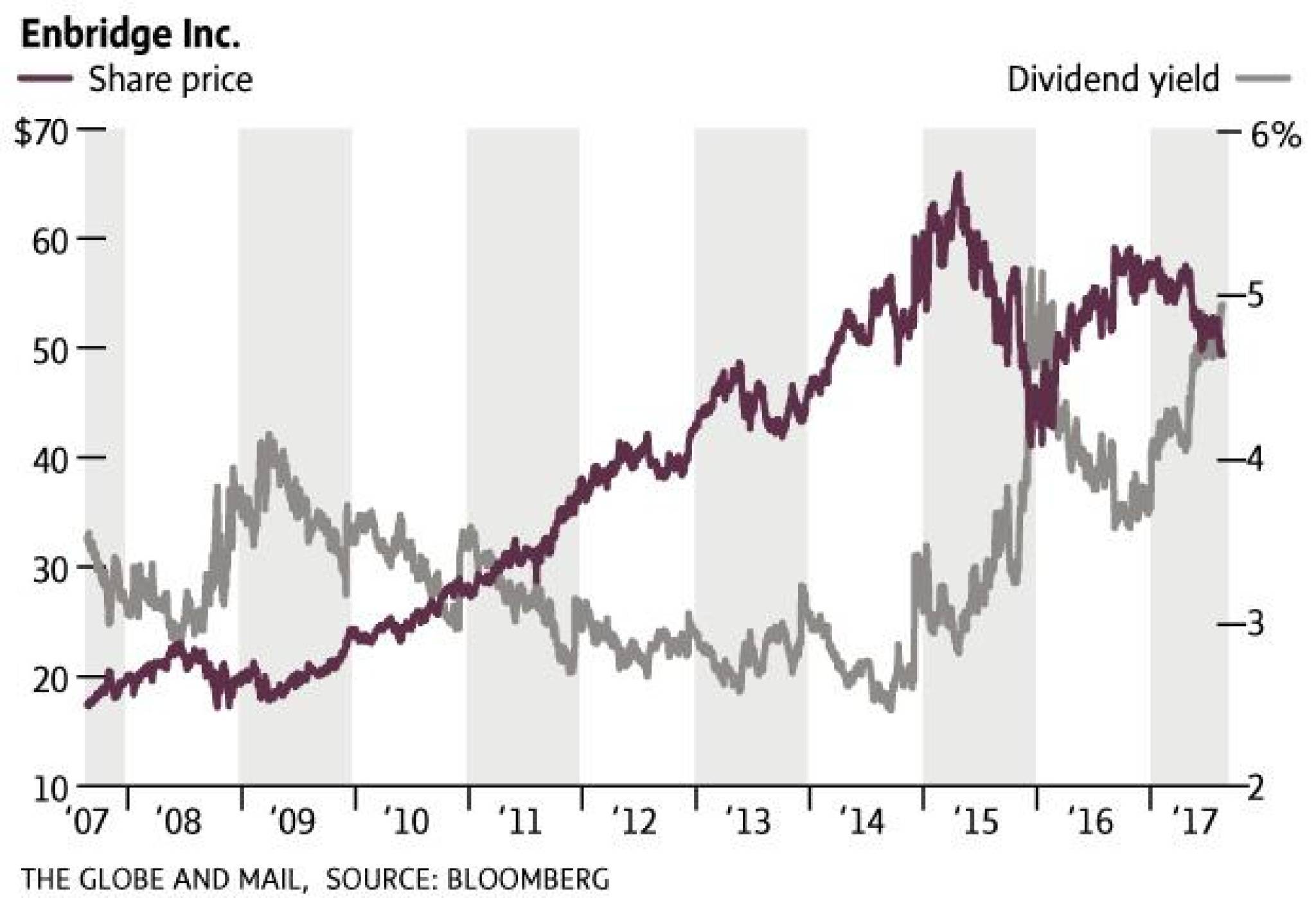 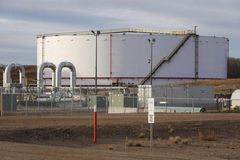