Ivanhoe Mines (IVN-T) says its seeking "strategic advice at the project and corporate levels" to help address unsolicited interest in the company and its projects in recent months.

"The mining industry has taken notice of our company," executive chairman Robert Friedland said in a release. "Our remarkable Kakula Discovery on the Central African Copperbelt certainly is helping to generate attention. We have received a number of unsolicited inquiries from significant mining industry participants in Asia, Europe, Africa and elsewhere. In response, our board has taken the prudent decision to seek strategic advice."

The company said it expects to retain an investment bank with a mandate to "examine and advise the board on all strategic options and alternatives available to the company."

The price wasn't disclosed, but the company said it will be paid in cash from existing credit facilities.

When the deal closes, CanWel said it will own 10 treating plants in North America.

"The addition of these newly acquired assets to our existing solid wood pressure treating platform will further strengthen our vertically integrated business model, the depth of offering of our suite of services, and is expected to be accretive to earnings as early as the current fiscal year," stated CEO Amar Doman in a release.

Parkland Fuel Corp. (PKI-T), Canada's largest independent marketer of fuel and petroleum products, is selling $30- million of senior unsecured notes in a private placement. The proceeds will be used to help pay for its recent agreement with Alimentation Couche-Tard Inc. to buy the majority of the Canadian business and assets of CST Brands, Inc.

Perseus Mining Limited (PRU-T, PRU-A) reported a loss for the year ended June 30 of $35.6-million (Australian) compared to a profit of $87.8-million a year earlier.

"The key factors contributing to the reduction in earnings include a reduction of $43.2-million in foreign exchange gain, a write-off of exploration expenditure of $17.9-million and reduced gold production at the Edikan Gold Mine in Ghana due to issues arising from delays in obtaining access to mine the Fetish and Chirawewa pits," the company said in a release.

Canopy Growth Corp. (CGC-T) reported first-quarter revenue of $7-million, which it says is a 300-per-cent increase over the same period a year ago.

"The impact of Bedrocan's True Compassionate Pricing program, introduced in the fourth quarter of fiscal 2016, reduced the average selling price per gram," the company said in a release.

Its net loss was $3.9-million or 4 cents per share compared to net income of $1-million or 2 cents a year earlier.

Analysts were expecting revenue of $5.1-million and a loss of 2 cents per share.

Bankers Petroleum Ltd. (BNK-T) says the Albanian tax authority will recalculate its tax obligations for 2011 and "determine the appropriate mechanism to settle or reimburse Bankers for the payments made to date," following a third-party audit.

The company said it paid $37-million as of June 30, as deposits for the 2011 profit tax assessment.

"All parties have committed to using the results of this third party audit as the basis for determining recoverable petroleum costs in subsequent years," the company said in a release.

NYX Gaming Group Ltd (NYX-X) reported second-quarter revenue of $35.2-million, up 230 per cent from a year ago.

Tervita and its predecessor, Concord Well Servicing, is one of the largest and preeminent leaders in western Canada's well servicing industry, High Arctic said in a release.

Energy loans in spotlight as Scotiabank, National set to report Subscriber content
May 16, 2018 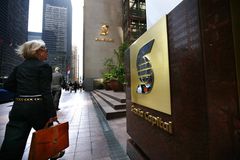 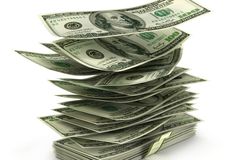 TD’s analyst questions why bank lags behind Canadian peers
May 17, 2018 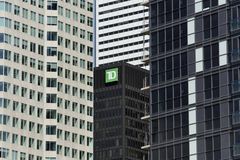