After Fadel Gheit put out a note to investors calling for Chevron Corp. to settle a messy environmental lawsuit, the oil and gas analyst received a couple of unexpected calls.

The first was from Chevron, "chastising" him for suggesting the company back down, he said.

The second was from Steven Donziger, Chevron's chief adversary and the controversial lead counsel to a group of Ecuadorean villagers long suffering from contaminated ground and water polluted by oil waste.

Mr. Donziger wanted to meet, but refused to talk in Mr. Gheit's office for fear it was "wired."

The two exchanges illustrate how entrenched the foes are against as two decades of legal warfare comes to a head.

The battle has had a significant, although hard to quantify, effect on Chevron's share price. But a landmark civil trial, which opened this week in New York, could soon erase a $19-billion (U.S.) penalty that has weighed on the company for almost three years and provide a boost to the oil producer's stock.

"Chevron has been the best-performing major integrated oil stock this year and the last few years and the last 10 years," said Mr. Gheit, an oil and gas analyst at Oppenheimer & Co. in New York. "But the stock and the company would have been better off if not for the litigation."

A courtroom victory would relieve the company of major liability and a near-permanent distraction for management.

The judgment relates to a suit launched in 1993 by a group of Ecuadorean villagers against Texaco for dumping billions of litres of toxic waste water in the Amazon rain forest. Chevron inherited the proceedings when it acquired Texaco in 2001.

Three years ago, a court in Ecuador rendered the verdict and the stunning $19-billion fine. Chevron refused to pay, saying the judgment was secured by fraud and bribery by the plaintiff's team, led by Mr. Donziger. A New York judge is now considering those allegations. His pretrial rulings have leaned in Chevron's favour.

It's difficult to say how much investors have been swayed by Chevron's ceaseless litigation. At more than 8 per cent of current market capitalization, the potential $19-billion liability is too large for investors to ignore completely, said Brian Youngberg, an oil analyst with Edward Jones in St Louis.

"It's had an impact, but nowhere near the dollar amount of the judgment," he said. Chevron has almost no remaining assets in Ecuador, making it difficult if not impossible for the plaintiffs to collect.

The company has also devoted no small amount of time and energy to what has become an unending distraction.

"There's an opportunity cost to it," Mr. Youngberg said. "There were maybe some other things they could have put their minds to."

But Chevron has long committed to fighting the Ecuadorean judgment indefinitely. John Watson, Chevron's CEO, "has taken it personally," Mr. Gheit said. "Whenever you raise it, his face gets red."

Removal of this legal albatross would almost certainly be well received by markets. While the effect would probably be modest, it adds to the attractiveness of Chevron's stock, Mr. Gheit said.

Chevron's long-standing blue-chip traits remain. It has a 25-year track record of hiking dividends, which currently yield 3.4 per cent, well above the yield on 10-year U.S. Treasuries, even after this year's spike in long-term rates.

And at about 10 times earnings, Chevron trades at a discount to Exxon Mobil Corp. and ConocoPhillips Co., likely in part because of the litigation risk.

While its exposure to damages related to Ecuador seem to be fading, Chevron also recently settled lawsuits related to a 2011 oil spill off the coast of Brazil for just $42-million. Prosecutors initially sought $20-billion.

Relief from the courtroom should free up some of Chevron's cash reserves, which, as of the second quarter, amounted to more than $22-billion.

The company is already at the height of an investment cycle and its growth prospects are set to improve next year, when some new projects come online, Mr. Youngberg said. The company has invested heavily in the Gorgon liquefied natural gas project in Australia, for example.

"I think they have the most transparent growth potential of the large integrateds over the next three to five years," Mr. Youngberg said. 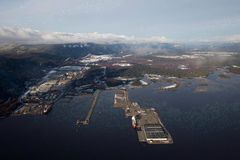 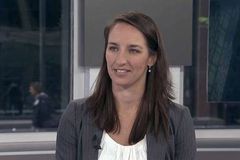