You'll find freedom at the end of the line. Just take the train past the grey tenements of Toronto to the airport. Then you're only a ticket away from a tropical paradise where the slush-plagued streets of Hogtown are a distant memory.

That is, if you can afford the trip. Get off the train a stop too early and you'll find yourself in one of the poorest parts of the city. There the landscape is littered with dollar stores and payday lenders wedged between vacant storefronts and soon-to-be demolished buildings. It's the home of the city's Cratchits who live among the fumes of the nearby railroads, highways and airplanes that usher the well-to-do to better places.

Tread carefully along the main street – avoid the ice, drug dealers and beggars – and you'll come to a small café. On its door is a stern notice that foretells of price increases in the new year. Its owner grumbles about a hike in the minimum wage, which will do little for the café's unemployed denizens.

But the Dickensian world brightens when you go inside where you'll find a rough family of sorts. A gathering of the people who've been knocked around by life and yet maintain their good cheer.

If you listen closely, you'll pick up some worldly wisdom while you're there. You'll learn about saving from a man I'll call Bob. He expounds on the virtues of thrift and teaches others how to better themselves.

Bob advocates socking away pocket change in jars at the end of each day. It's something his grandfather did. The elder Cratchit came to Canada just before the Great Depression and became successful by dint of hard work and thrift. Each year he gave change jars to his children and grandchildren at Christmas. It's a tradition that Bob follows to this day.

Bob spreads his thrifty gospel to those who spend too freely and find themselves short of money before the monthly dole comes in.

Mind you, the art of household economics isn't universally practised and might be more beneficial. Simple things such as cooking at home instead of eating out can yield big savings for those who have the time. Cutting out vices such as smoking, drinking and worse can make a bigger impact. While I wouldn't snatch the Christmas punch from the Cratchits, cutting back would help pocketbooks and livers alike.

Thrift and hard work helped Bob achieve relative wealth. Much of it goes to providing for his children, including his own ailing Tiny Tim.

But fortune can be a fickle and wicked villain. While Bob diligently collects coins for his children, he hasn't seen them in years and isn't likely to see them for many years to come.

Problem is, Mrs. Cratchit left him, and took the children, after an illness and the death of another child. Tiny Tina didn't make it. She didn't stand a chance. There was no cure. Only love and sorrow for her passing.

Now Bob will wake up on Christmas morning in his small basement apartment accompanied only by his jars of change. There he'll wait and dream of giving them to his children when he sees them again.

He knows full well that the money would do better in a bank account as the years tick by. (A good deal better I may add, thanks to inflation.) But sometimes it's easier to know something than to do it. It's hard to give up on a tradition. It's harder still to give up on one's children.

But, despite it all, he's not unhappy. So, be grateful this season for any small blessings you may have. Hug your loved ones, while you're able. Give what you can even if it's just some good-natured advice or a little cheer. There's a chance it'll travel around the world. A frank discussion of your excuses for not giving to charity
December 5, 2017 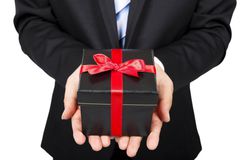 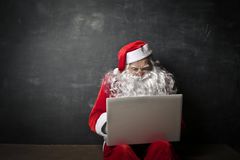