I have been watching bitcoin's price advance with trepidation.

This is reminiscent of two other asset classes that also had a meteoric growth that eventually did not end well. Like bitcoin, both asset classes were hard to value. They are gold, which quadrupled in value between 1979 and 1980, and dot-com companies, that reached astronomic values in 2000.

In both cases, we all know what happened.

Bitcoin emerged in the wake of the 2008 financial crisis that led to an explosion of the liabilities of central banks. For example, the Fed's balance sheet expanded from about $850-billion prior to the 2008 crisis to more than $4.4 -trillion by August 2014.

At the same time, debt issuance by private and public entities rose sharply. That brought into focus the realization that global economies had been living beyond their means. Inflation and devaluation of fiat currencies was feared.

Bitcoin provided the means to avoid governments and central banks.

For example, the price of bitcoin rose by 57 per cent within a week after the government of Cyprus imposed a one-off levy on bank deposits. The decrease in the trust of the banking system caused an increase in the demand for cryptocurrencies, like bitcoin.

Bitcoin embodies two innovations: blockchain technology, a public ledger that contains all transaction records since inception, and decentralized governance. It is governed by "miners" who are incentivized to maintain a stable supply of bitcoin.

The theoretical roots of bitcoin can be found in the teachings of the Austrian School of Economics and, in particular, the writings of Friedrich von Hayak, who believed that private banks should have the right to issue their own currencies.

Like gold, central banks cannot print bitcoin. And, not unlike the rarity of gold, the supply of bitcoin is fixed to 21 million bitcoins and is determined by an algorithm.

New bitcoins are created after performing computationally intensive tasks that are necessary for the bitcoin system to function. However, only a limited supply of bitcoins are "mined" every year.

In light of increased demand for bitcoins, due to the hype, media reports of rising prices, fear of missing out and uninformed speculators and the feedback loop that ensues, a severe short-term imbalance between demand and supply has been created. That has driven bitcoin prices skyward, spawning a fertile ground for the formation of a bubble and, at the same time, putting in place the forces for the eventual popping of the bubble.

Sooner or later, bitcoin traders will have to ask themselves two questions.

First, what is the value of a bitcoin? And second, what does it give you a right to?

Like gold and dot-coms, bitcoins are difficult to value as they produce no cash flows.

When I teach valuation in my classes at Ivey, I define value as economic or fundamental value, which relates to the ability of an asset to produce a stream of after-tax cash flows.

What are the cash flows here? None!

Of course, Wall and Bay Street strategists always come up with ways to value assets like these, trying to bring some sort of valuation discipline to an asset that has no inherent value while, at the same time, arguing that things are different this time and new valuation models are needed adopted to changing times.

It has happened with gold in 1980, dot-coms in 2000 and bitcoin right now. If history has taught us anything, we know what will happen next. The bitcoin bubble will pop. We do not know when it will pop, but it will.

As Keynes used to say, the markets can stay irrational longer than one can remain solvent. What is happening to bitcoins is not rational – how can it be when bitcoins cannot be valued. As there is no way to value bitcoins, there is nothing to guide or help a buyer or seller make rational decisions.

Every generation has to learn things the hard way. It is now the turn of millennials, who love everything digital. Bitcoin, unlike gold, is a digital currency. It's time to learn the risk of fads, be they digital or analog! 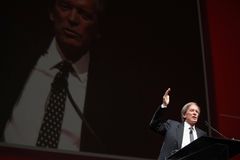