I spent a lot of time selling the stock market to investors in 2014.

Now, I'm starting to have second thoughts. Not because of the risk of a stock market crash – those happen every so often, and recoveries always follow. The bigger question is how much exposure some people should have to stocks. Persistent investor anxiety, even in the market's good months in 2014, makes me wonder.

Columns urging investors to chill out about stocks figure prominently in the annual accountability edition of the Portfolio Strategy column. This advice can graded only over the long term, but it's possible to report back now on a few other things I wrote. A recent column criticizing dividend exchange-traded funds was right on the money, as was a spring column on the benefits of dividend growth stocks for retirees. Duds? One has to be an April column on frontier markets, which late in December were headed to an awful year.

At midyear, selling investors on the benefits of holding stocks or equity funds should have been unnecessary after the long, sharp climb back from the market lows of early 2009. But here's what some investors were asking me as the TSX approached a six-year high: Should I sell my stocks?

Behind the question was a sense of dread at the prospect of a market crash like 2008-09 or, at least, the kind of market decline we saw in the first half of December. Although stocks have over and over proven their ability to recover from losses, some investors can't stand the volatility. In a June column, I addressed the fear of stocks by passing along views from portfolio managers and advisers that shares weren't dramatically overpriced, and that any setbacks for stocks would be normal in severity and nothing like the most recent crash.

That's pretty much how things played out in October, when the markets made a sharp but shortlived move lower. To highlight the benefits of long-term thinking about stocks even while markets are sinking, I asked 11 chief investment officers, portfolio managers and advisers for their 10-year forecasts for average annual returns from a balanced portfolio. Most predicted returns of 5 to 6 per cent before fees, which are modest but still as much as triple what today's safe investments offer.

Falling oil prices drove another decline for the Canadian market in late fall. Round about that time, I was criticizing investors for holding too much cash. Volatility like we've seen lately is exactly what drives investors to keep large amounts of their assets in risk-free cash. But Canadians keep a greater percentage of their wealth in cash than people of many other countries, and there's a price to be paid in the form of lower long-term returns.

But what if you're emotionally not suited to reaching for those returns by having a big percentage of your investments in the stock market? The implications of pushing people into stocks were on my mind after recently re-reading a May column on the well-documented tendency of young adult investors to shy away from the stock market.

Young people are well-positioned to benefit from long-term market growth because they can easily ride out any short-term declines. But some commentators have recently questioned this thinking. They wonder if young people who invest beyond their risk tolerance will bail out in the next market crash and swear off stocks forever. They suggest young people invest in more conservative portfolios to stay on track through market ups and downs.

This is good advice for everyone. If defensive investing feels more comfortable, do it. You will probably have to save more and save longer if you have only modest stock market exposure, but it can be a valid trade-off for reduced financial anxiety.

If the markets do crash, a July column on borrowing to invest will be tested. An argument was made that big market declines are a time when it can make sense to borrow to invest or, as investment industry people say, use leverage. If you borrowed to invest in 2008-09, you made out brilliantly. But it's worth reinforcing the warning provided in that column: If borrowing to buy an asset that can fall in value makes you nervous, do not do it.

Here's a caveat from back in March that gained relevance only late in the year. It was a call to investors to investigate how exposed they are to financial stocks, which are the largest component of the S&P/TSX composite index and a dominant sector in many dividend, corporate bond and preferred share funds. Read it here.

Energy stocks proved to be a bigger drag on Canadian stocks this year, but financials quietly began to decline in late November on concerns about slowing earnings growth and the impact of falling oil prices on Canada's economic health. There's still time to make sure you're not excessively exposed to financials throughout your entire portfolio.

Dividend investing is a topic this column covers frequently, most recently in a November column that raised questions about using dividend-focused exchange-traded funds. One of the ETFs mentioned, the iShares S&P/TSX Canadian Dividend Aristocrats Index ETF (CDZ), was criticized for having AGF Management as its second-largest holding. AGF, a long-time dividend payer but not a dividend aristocrat, announced a 70-per cent cut in its quarterly payout in early December.

A May column looked at how investing in dividend growth stocks can help retirees generate a rising flow of income over the years. Read it here. In 2014, it became apparent that companies are making a priority of delivering dividend growth to their shareholders. Enbridge Inc. jacked up its dividend by 33 per cent and projected further increases of 14 to 16 per cent from 2105 through 2018, while TransCanada Corp. said it plans to double its dividend growth rate through 2017. That would take the growth rate to eight to 10 per cent from 4 per cent.

You don't often see this column straying from core investments, but that's what happened in an April look at frontier markets, or those that are even less developed than emerging markets. It's not so much that frontier markets – Africa is a big component – tanked in 2014. For adventurous investors, this could be a buying opportunity. Rather, the problem is that the risk level in developed markets is enough for most investors. As I reconsider how I sell the stock markets to investors, this is an important message.

1. Update the Two-Minute Portfolio: The 2MP has typically outperformed the S&P/TSX composite when times are tough for stocks – it will be interesting to see how things played out in 2014. Expect the update in early January. Here's last year's 2MP update:

2. Update the five volumes of the ETF Buyer's Guide: Canadian, U.S. and international equity funds were covered, as were bond funds and dividend funds; there are new products to add to the guide, and some lower fees to note as a result of a recent price war. Here's the current ETF Guide in five parts:

3. More help for Gen Y investors: A two-part manual for young adults who want to start investing was published in the past year or so; the plan for this year is to create a tool to automate and simplify the process of setting up a basic portfolio.

4. Look further into annuities: Investors need to know more about this option for turning a lump sum of money into a stream of retirement income for life. The most recent column on annuities talked about how to use them as a component of a broader portfolio.

5. Help investors evaluate their advisers: As we head into an era of greater transparency on investing fees in 2016, it's important that people know how to gauge the value they're getting for the money they pay their advisers. Here's an earlier column on the topic, How to Discuss Fees with Your Investment Adviser.

Whether active or passive, investors need to think globally
December 24, 2014 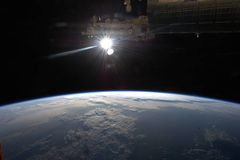 For this investor, dividends take emotion out of market fluctuations
December 12, 2014 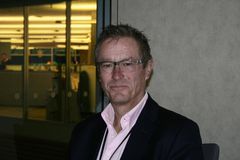 How to globally diversify your exposure to stocks
December 12, 2014 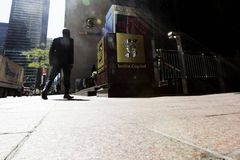